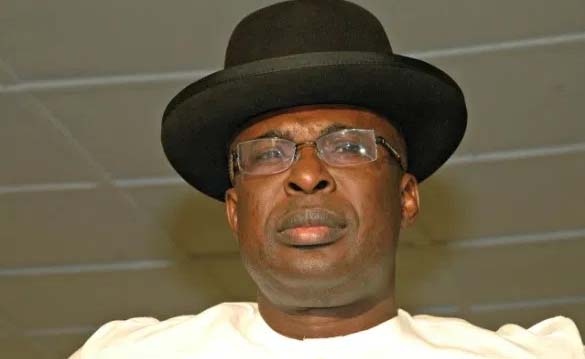 The Minister of State for Petroleum Resources, Timipre Sylva, has said the Nigerian National Petroleum Corporation will be fully commercialised in the interest of Nigerians when the Petroleum Industry Bill is signed into law.

He said this did not mean that it would be scrapped, as interpreted by media reports.

Speaking after a closed-door meeting with lawmakers on the PIB Sylva said, “I have heard a lot of noise about the NNPC being scrapped but that is not envisaged by the bill at all. We have said that the NNPC will be commercialised in the interest of Nigerians.

“If we are talking about transforming the industry, the only new thing we are introducing is the development of the mainstream, which is the pipeline sector between the upstream and the downstream.”

He added, “This is because the framework was not there, has not really developed very well. We have adequately provided for the growth of the mainstream sector.

“The host community has the best deal but the details of the bill will be unfolded on the floor of the Senate. The Petroleum Equalisation Fund and the Petroleum Products Pricing and Regulatory Agency will not exist in the same form that they exist today.”

The long-awaited oil reform bill will privatise the NNPC, amend changes to deepwater royalties made late last year and scrap key regulatory agencies in favour of new bodies, a copy of the bill seen by Reuters showed.

President Muhammadu Buhari had sent the bill to the Senate, two sources told Reuters. The Senate, along with the House of Representatives, must sign off on the bill before it can become law.

The legislation has been in the works for the past 20 years and looks to revise laws governing Nigeria’s oil and gas exploration not fully updated since the 1960s because of the contentious nature of any change to oil taxes, terms and revenue-sharing.

The bill proposes creating a limited liability corporation into which the ministers of finance and petroleum would transfer NNPC assets.

The government would then pay cash for shares of the company and it would operate as a commercial entity without access to state funds.

The changes would in theory make it easier for the struggling company to raise funds.

The legislation would also amend controversial changes to deep offshore royalties made late last year by cutting the royalty that companies pay the government for offshore fields producing less than 15,000 barrels per day to 7.5 per cent from 10 per cent.

It would change a price-based royalty too, so that it kicked in when oil prices climbed above $50 per barrel, rather than $35.