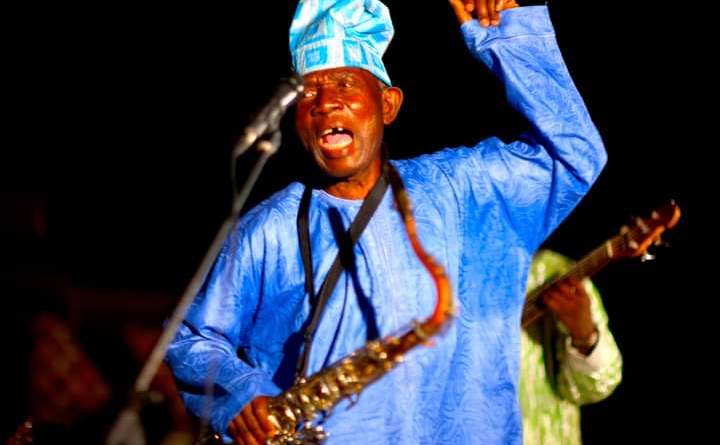 Legendary highlife singer, Pa Chris Ajilo, who composed and sang what has become the Lagos anthem, “Eko OGba Gbere,” has died at the age of 92.

He died in a hospital Saturday morning, according to the singer’s caregiver, David Ekanem.

He said Pa Ajilo had been battling malaria since last week.

Ekanem said, “What happened is that he had malaria last week, so, we gave him malaria medication. The malaria persisted, and as there was no improvement after three days, we rushed him to a hospital at Ilesha (Osun State).” 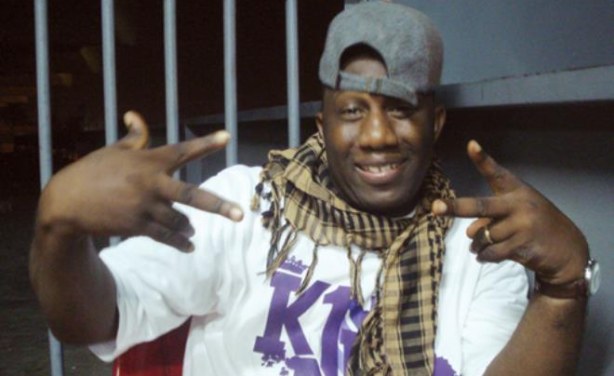 President of the Actors Guild of Nigeria, Emeka Rollas, has confirmed his death, according to a Punch report.

Rollas said, “Yes, Ernest Asuzu is dead. I am trying to reach his wife to get the full details. I will get back to you.”

Asuzu began his acting career in the ’90s and rose to prominence after he starred in the 1997 Nollywood classic, ‘Rituals’.

He was the toast of Nollywood until his career nosedived after he came down with a stroke in 2015 and it affected his speech. He was also bedridden for three years. 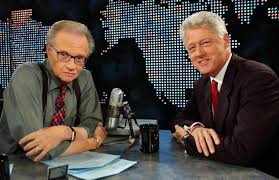 Celebrities and newsmakers have paid glowing tribute to an iconic US radio and TV host, Larry King, who died on Saturday after battling coronavirus.

The celebrities were those mostly interviewed by the broadcasting legend on his Larry King Live on CNN.

Former President Bill Clinton stated via Twitter @BillClinton that he was interviewed by King more than 20 times and remembered him as having “a great sense of humour and a genuine interest in people.”

He said, “I enjoyed my 20+ interviews with Larry King over the years. He had a great sense of humor and a genuine interest in people. He gave a direct line to the American people and worked hard to get the truth for them, with questions that were direct but fair. Farewell, my friend.”

Singer and actress Bette Midler said King was “a great interviewer and a great listener.”

“He always made me feel as though I were the only person in the room,” Midler added.

Midler said via @BetteMidler, “Goodbye and Godspeed to Larry King; a great interviewer and a great listener, and they are not the same thing. He always made me feel as though I were the only person in the room. Condolences to his family, friends, and fans around the world.”

Actress and producer Reese Witherspoon recalled being “lucky enough to be interviewed by him and see his unique interview style first hand.”

“He was a deeply thoughtful, intelligent, kind man,” Witherspoon said.

“So sad to hear the news about Larry King today. I was lucky enough to be interviewed by him and see his unique interview style first hand. He was a deeply thoughtful, intelligent, kind man… Sending love to his family & all of his many fans.”

He also said, “I’ve known Larry King since I arrived in LA 42 years ago. Larry King Live changed CNN in the 80s blending entertainment with news & I loved being on the show.

“Larry was one of the best interviewers on TV.”

Her words: “Larry King was a giant of broadcasting and a master of the TV celebrity/statesman-woman interview.

“His name is synonymous with CNN and he was vital to the network’s ascent. EVERYONE wanted to be on Larry King Live. May he Rest in Peace.”

Fellow CNN colleague Wolf Blitzer (@wolfblitzer) called King “an amazing interviewer and a mentor to so many of us.”

“Larry King was my @CNN colleague and good friend. He was an amazing interviewer and a mentor to so many of us. He loved what he did and all of us loved him. My deepest condolences to his loving family. May He Rest In Peace and May His Memory Be A Blessing.

CNN founder Ted Turner said in a statement King’s death “felt like a punch to the gut.”

“Larry was one of my closest and dearest friends and, in my opinion, the world’s greatest broadcast journalist of all time,” Turner said.

He added, “If anyone asked me what are my greatest career achievements in life, one is the creation of CNN, and the other is hiring Larry King. Like so many who worked with and knew Larry, he was a consummate professional, an amazing mentor to many and a good friend to all. The world has lost a true legend.” Radio and TV host Ryan Seacrest, who interviews celebrities daily as co-host of “Live with Kelly and Ryan,” called King “a dear friend and mentor,” who was “an American treasure.”

“I lost a dear friend and mentor. Truly an American treasure. Rest in peace, Larry King.

Singer and actress Barbara Streisand called King, “one of a kind,” and posted a photo of the two together.

Fellow broadcasting legend Oprah Winfrey paid tribute, saying, “It was always a treat to sit at your table. And hear your stories.” Director, actor and comedian Kevin Smith posted a photo of himself with King and said being interviewed by him was an “honour.”

“RIP to radio/TV/digital news legend @kingsthings. It was an honor to watch you do your thing, both on @CNN and in person. My dad always asked me “Did you see who Larry King talked to last night?” Would’ve blown his mind to know that, one day, it would be his son. Thanks for that,” said KevinSmith.

Rapper and actor 50 Cent also posted a photo of himself with King, who he called a “legend.”

King’s beloved Los Angeles Dodgers honored him on Twitter. King was a fan of the Brooklyn Dodgers growing up and he continued to support the MLB team when it relocated across the country to California.

He was frequently spotted at games in Dodger Stadium, sitting in seats behind home plate.

The Los Angeles Dodgers are saddened by the passing of Larry King and offer their deepest condolences to his family and friends.

“Larry King was a Brooklyn boy who became a newsman who interviewed the newsmakers. He conducted over 50,000 interviews that informed Americans in a clear and plain way.

“New York sends condolences to his family and many friends,” Cuomo said.

Former GOP House Speaker Newt Gingrich, who occasionally filled in for King as a guest host, called him “a legendary radio and TV pioneer.”

He stated, “Larry King was a legendary radio and TV pioneer. I always loved doing his TV shows and occasionally he would ask me to guest host while he was on vacation. One with Jack Hanna and animals from the Columbus Zoo remains a favorite. Larry will be missed but he left fond memories.”