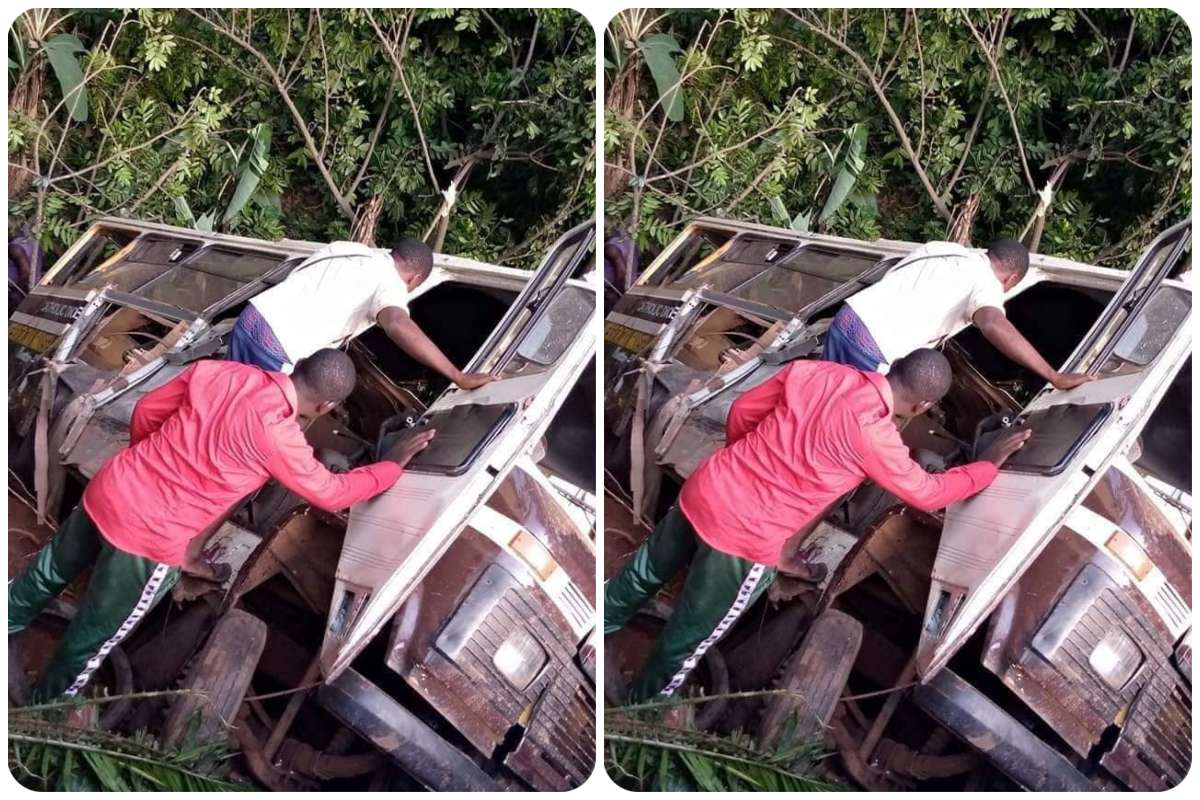 Tragedy struck on Wednesday at Mgbowo in the Agwu Local Government Area in Enugu State when a truck driver lost control of the vehicle and rammed it into a school bus taking home dozens of pupils of the Presentation Nursery and Primary School, Awgu.

By the time the dust cleared, 21 persons, mostly schoolchildren and woman, were dead.

The school is owned by the Catholic Diocese of Awgu while the truck reportedly belongs to a construction firm working at Oji-River – Awgu.

The Enugu sector commander of the Federal Road Safety Corps (FRSC), Mr Ogbonna Kalu, who confirmed the accident, said it involved a school bus and trailer.

He blamed the accident on speeding beyond the limit and dangerous driving.

Kalu said, “Twenty-one persons have been confirmed dead and more than 50 persons were in the school bus.

“Also of note is that not all the dead were schoolchildren. Those working on the roadside were part of the casualties. From available information, the accident was caused by dangerous driving.”

In Katsina State, about 29 villagers were reportedly killed by bandits that invaded communities in Dandume and Faskari Local Government areas.

It was learnt that the over 100 bandits stormed one of the towns around 4am, riding on motorcycles.

They reportedly started shooting sporadically and this resulted in the death of 25 persons on the spot.

While some of the bandits held Diskiru community hostage, others operated in fringes of the villages, raiding from house to house, abducting residents and stealing valuables including cows and goats.

Related Topics:BanditsEnuguKatsinatruck accidents
Up Next