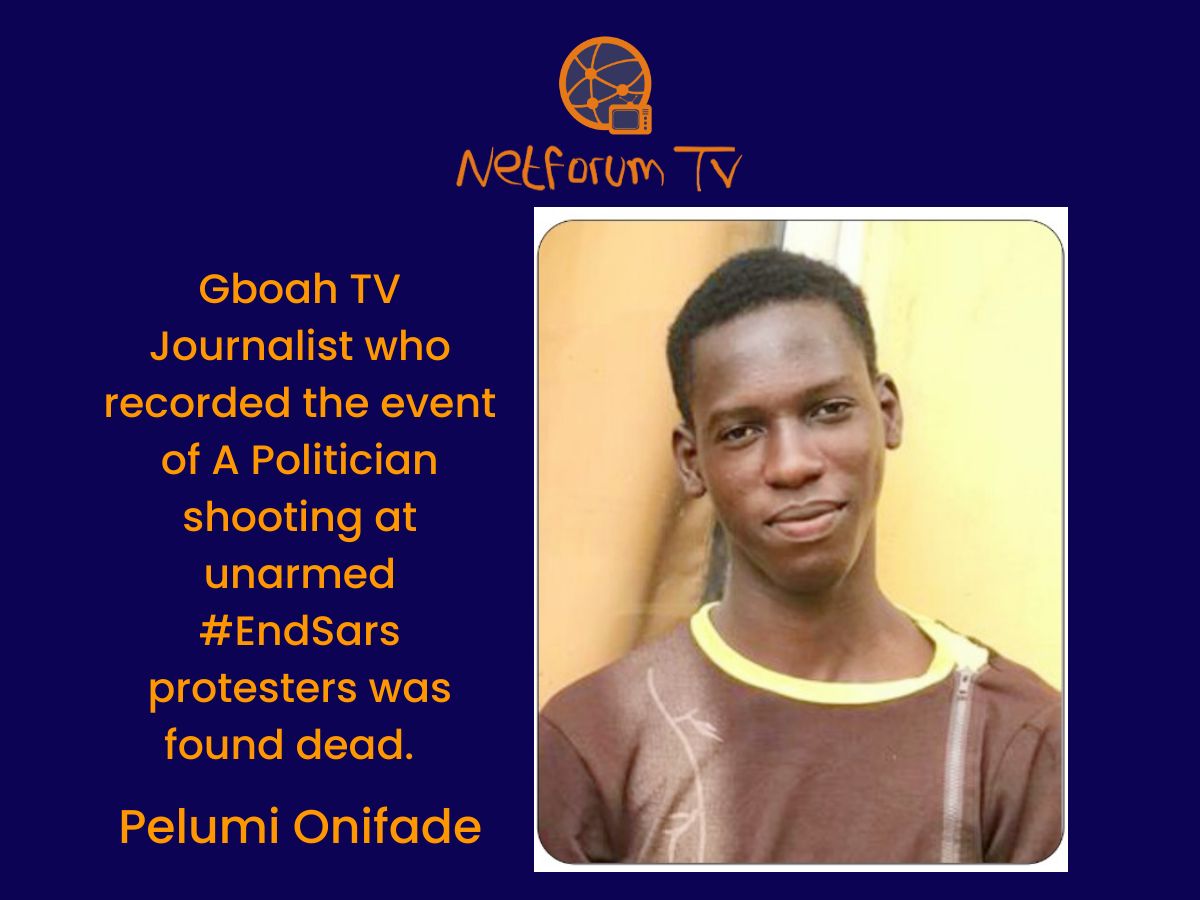 Onifade Pelumi, a reporter of an online TV station, Gboah, who was declared missing over a week ago, has been found dead.

Pelumi, a university undergraduate, serving as an intern with the TV station, was said to have been caught in the clash between

The management of Gboah TV confirmed the death of one Pelumi, who has been missing since Saturday, October 24, 2020.

It said in a statement that Onifade was covering the scene of a mob attack at a government facility in the Oko Oba area of Agege Local Government Area when operatives of the Lagos State Task Force stormed the scene and engaged hoodlums who attempted to loot palliatives at the Ministry of Agriculture warehouse around the abattoir area of the state.

Pelumi was wounded during the task force gunfight with the miscreants.

The TV station also said the wounded reporter was taken away by the men of the Lagos task force and “was later found dead at an Ikorodu mortuary after days of searching all police stations and meeting with the Lagos State task force.”

The TV station added, “The police are currently investigating the matter and have assured the management, the family and community that the investigation will be thorough and swift.”

Related Topics:GboahLagos Task force
Up Next

US election: Trump, Biden in tensed battle to the finish