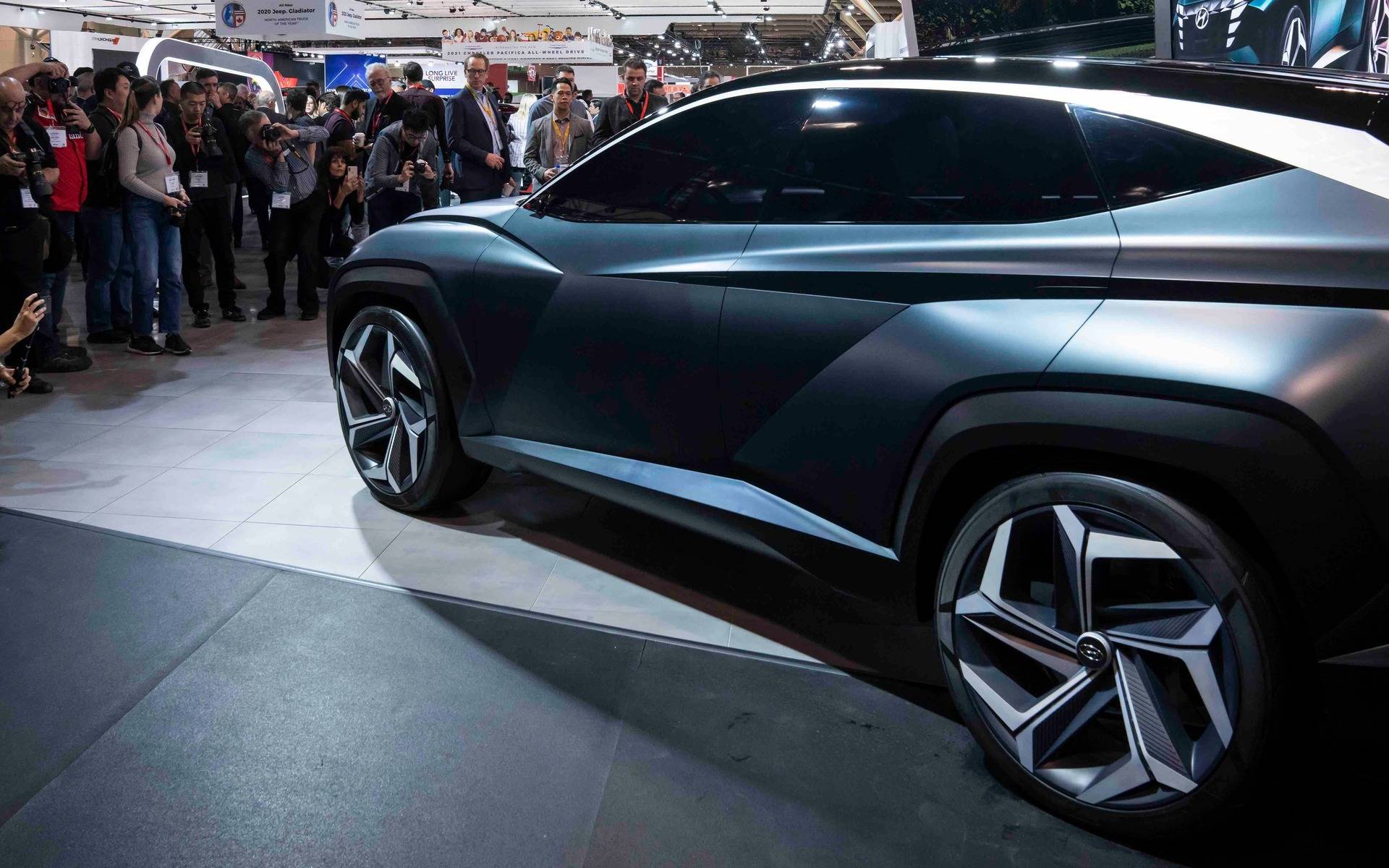 The launch of a new look Hyundai Tucson SUV on Monday was ecstatic as many SUV enthusiasts and analysts say they are excited about the entire virtual unveiling experience.

They acknowledge that the new vehicle, a fourth generation Tucson, built for the 2022 market, evokes a combative and daring aura.

“We were excited about the virtual launch event, which took place in West Hollywood, California, on Monday,” say MSN Auto analysts.

Hyundai’s Global Chief Operating Officer José Muñoz and SangYup Lee, who runs the Hyundai Global Design Centre, spoke at the event on the new wonder machine on the wheels.

The professional surfer Sage Erickson, a Hyundai brand ambassador, made an appearance as well.

Hyundai says the 2022 Tucson will be quieter, smoother, and more fun to drive than the outgoing model.

The automaker uses more sound-deadening materials and has an acoustic windshield to reduce the wind noise from coming into the cabin.

Hybrid models use “e-handling” technology, which should improve the steering response and vehicle stability while providing a fun-driving experience.

According to Motor Trends, the new vehicle has a lot of unique things. First, it notes that in a big departure from the current styling, Hyundai sketched the fourth-generation Tucson with angled character lines and a big grille, turning the compact SUV into a distinct player in an ultra-competitive segment.

“The styling isn’t the only big change for the 2022 Hyundai Tucson, though. It’s longer, wider, and taller than the current SUV, and it will be available as a hybrid and plug-in hybrid for the first time,” it states.

Hyundai says the new car provides the automaker an opportunity to begin its next adventurous chapter and push the boundaries of efficiency a lot higher.

It says, “The entirely new look with a longer, wider body takes SUV design into more modern territory. And its complex network of sensors and cameras help keep you even safer while making driving—and parking— a lot easier.

“For the first time ever Tucson is giving you choices that push the boundaries of efficiency and performance: from the Hybrid and Plug-in Hybrid to the race-inspired N Line.”

The auto news website provides other striking details about the new Tuckson SUV. For instance, it notes that the change in proportions means more space inside.

The 2022 Tucson is said to be 5.9 inches longer, 0.6 inch wider and 0.6 inch taller than the model it replaces, with its wheelbase also increasing by 3.4 inches.

This means the new Tucson is now about the same size as the Honda CR-V or Toyota RAV4, two SUVs that have also got bigger recently.

The Tucson is the latest model to embody Hyundai’s “Sensuous Sportiness” design language, which is seen in the Sonata and Elantra sedans but until now had not made its way to an SUV.

Motor Trends also states, “One of the most striking elements is the integration of the daytime running lights into the grille, which gives the 2022 Tucson a wider, futuristic appearance.

“Taking a page from the Kona and Santa Fe designs, the headlights are nestled in the front bumper, giving the Tucson a combative face. Combined with the well-defined fender openings and sharp character lines on the hood, the Tucson has a concept-y look in pictures, but once you see it in person, it embodies a sharper style that brings a new identity to the table.”

The new Hyundai Tucson interior is spacious. When you enter the cabin, you will be welcomed by big screens and tons of techs.

Sitting in the driver’s seat you get a sense of spaciousness from the cabin. The hidden air vents on the dashboard and the lack of a physical lever (say hello to push-buttons) make the cabin feel roomier.

The Limited model also uses piano black trim and cloth on the door panels that looks and feels premium while adding a bit of character to the cabin.

The bigger proportions mean more space inside. The second-row seats feel like a living room, with a whooping 41.3 inches of legroom.

It has three engine options. They are gas, hybrid and plug-in hybrid.

The third option offers you electric when you want it; and gas when you need it.

Those opting for the Tucson hybrid or plug-in hybrid will get a 1.6-litre turbocharged four-cylinder engine mated to a six-speed automatic, an electric motor, and standard all-wheel drive.

The regular hybrid gets a 1.49-kWh battery to deliver about 226 hp and 258 lb-ft, per Hyundai’s estimates, while getting 37 mpg combined.

The plug-in hybrid uses a 13.8-kWh battery that allows the Tucson to cover about 28 miles on electric drive only before reverting to full-hybrid operation.

Power numbers rise to around 260hp and fuel economy numbers increase to about 70 mpg-e.

Related Topics:FeaturedHyundai Tucson 2022
Up Next

NAJA opens nomination for Nigeria’s car of the year

As business activities get reactivated after the devastating effects of COVID-19, the race for Nigeria’s car-of-the-year event has commenced, the Nigeria Auto Journalists Association has said.

NAJA has announced that this year’s edition of the NAJA Awards will hold on Thursday December 9, 2021 at the Eko Hotels and Towers, Victoria Island, Lagos.

According to a statement by the Chairman, 2021 NAJA Awards Planning Committee, Theodore Opara, like the previous editions, the 2021 edition will celebrate and reward excellence in the Nigerian automotive industry in the outgoing year.

He said like the previous editions, the highpoints of the 2021 awards ceremony would be the car-of-the-year category.

Opara said his committee comprising highly respected individuals in the motoring journalism had drawn out all the categories in the awards, and presently compiling nominations in the various categories.

“Industry experts are expected to decide the nominees based through a scoring system that will test vehicles’ strength, weaknesses and popularity against other contenders in same category,” he said.

Opara also said members of the committee would pay close attention to worldwide competition trends and take advice from industry experts in arriving at nominations and decoding eventual winners.

He said, “In this year’s edition, there’ll also be a special honour for Chief Michael Ade-Ojo, Chairman of Toyota Nigeria Limited and some other industry giants for their immense contributions to the development of Nigeria’s auto industry.”

Chairman of NAJA, Mike Ochonma, said the 2021 edition would provide an avenue to recognise corporate stakeholder organisations and other automotive products and ancillary products such as tyre brands and individuals that had made exceptional contributions to the country’s auto industry within the year.

According to him, NAJA uses its members’ combined influence to inform the automotive public of new products, market developments, and technology and road safety.

“We’re committed to remaining a valued, professional body for the motor content creators of today and the future of mobility multi-media tomorrow,” he stated. 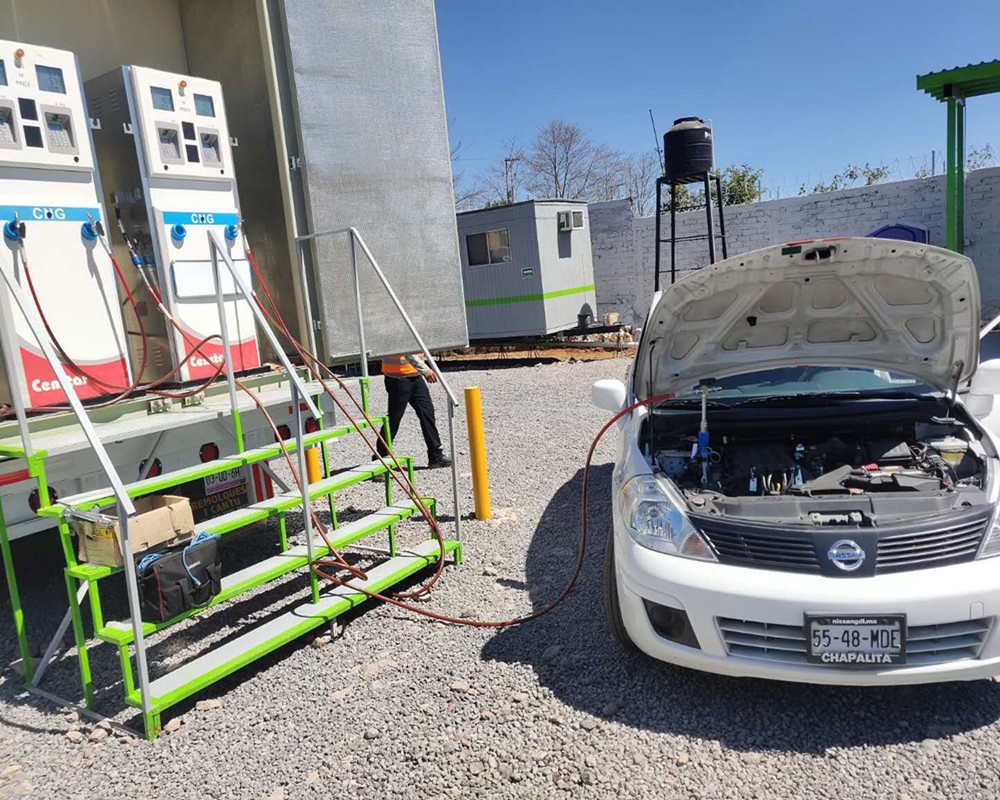 Eco Bus maker and Power Gas have opened discussions on the plan to provide sufficient auto gas filling stations in Nigerian cities where compressed natural gas-powered vehicles can be re-fueled, and will be put to good use.

This is sequel to a recent introduction of the eco-friendly vehicles into the Nigerian market by Austrian Technologies Nigeria, an initiative expected to significantly reduce carbon emissions from vehicles with its attendant hazards to human health.

Director, Sales and Strategy at Powergas Nigeria, Sumeet Singh, said the firm was already talking with Austrian Technologies Nigeria on the auto-gas issue and how to ensure easy access of the CNG by the operators of the Natural Gas-powered Vehicles (NGVs).

According to him, there is the option of entering into an arrangement with managements and operators of the existing filling stations in the country currently dispensing petrol and other petroleum products to provide standard spaces for installation of the CNG facility.

He said, “Getting the auto-gas stations in a ready state could be achieved within six-nine months (or earlier, if not for the Global Supply-Chain challenges), which is about the same period it will take to deliver the Eco-Green Buses by automaker after getting firm orders from the stakeholders.”

Singh, who said his firm had about 50 gas-powered trucks currently operating in Nigeria, added that they would be willing to build and partner for provision of the CNG stations.

According to him, the CNG as an auto fuel is 50 per cent cheaper than alternate fuels (such as diesel), and with the current global price volatility of the liquid fuels, domestic Nigerian natural gas is one of the best tools for Nigeria to combat inflation and rising prices.”

Chief Executive Officer of Austrian Technologies Nigeria Limited, Mr Johann Rieger, had while announcing the introduction of the eco-friendly vehicles said the buses were built with European Standards for critical climate and infrastructure, while being considerate towards price sensitivity of developing nations like Nigeria.

Aliyu, who spoke at a national awareness campaign/workshop on safety and benefits of gas-powered vehicles in Nigeria, stressed the need to embrace the eco-friendly automotive initiative, noting that Nigeria could not afford to be left out in the viable global auto gas initiative.

He described the global automotive industry as “a horse race that is technically advanced that only countries with adequate utilization of natural and human resources can fully participate and have a head start in the race.” 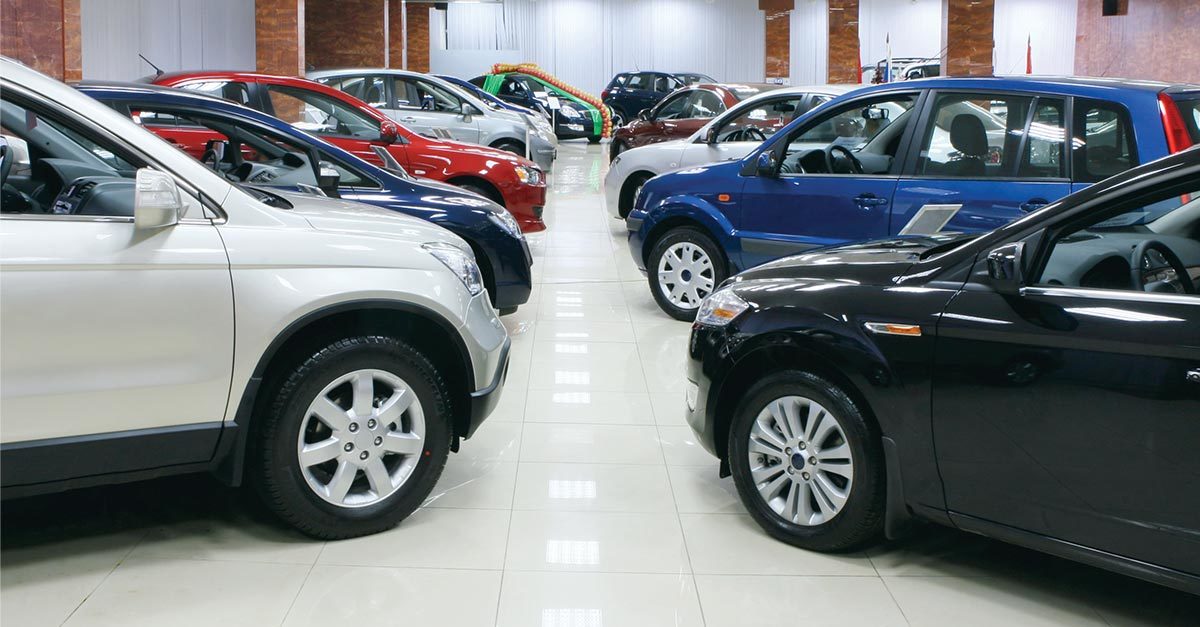 Automakers and dealers have commenced a high level of lobby for juicy contracts of vehicle supply to the Presidency and other agencies of government in the 2022 fiscal year.

Already, President Muhammadu Buhari has presented the next year budget to the National Assembly put at N16.39tn.

Part of the budget breakdown by Minister of Finance, Budget and National Planning, Zainab Ahmed, shows that the presidency would spend N1.6 billion on purchase of vehicles and spares.

Although the Federal Government had said it would lead in the patronage of locally assembled vehicles to encourage more local content utilization and job generation, dealers of imported brands are said to be in the lead of the lobby for government vehicles demand.

Currently, foreign brands dominate the fleet of vehicles being used by many chief executive officers of government agencies, governors, ministers and even the presidency.

Latest statistics show that the ongoing phased replacement of vehicles and spares at the presidency will cost N1.6bn compared to the N436m set aside for a similar purpose in the 2021 proposal.

Other details show that about N180,089,000 is provided for purchase of tyres for bulletproof vehicles, plain cars, CCU vehicles, platform trucks, jeeps, ambulances and other utility and operational vehicles.