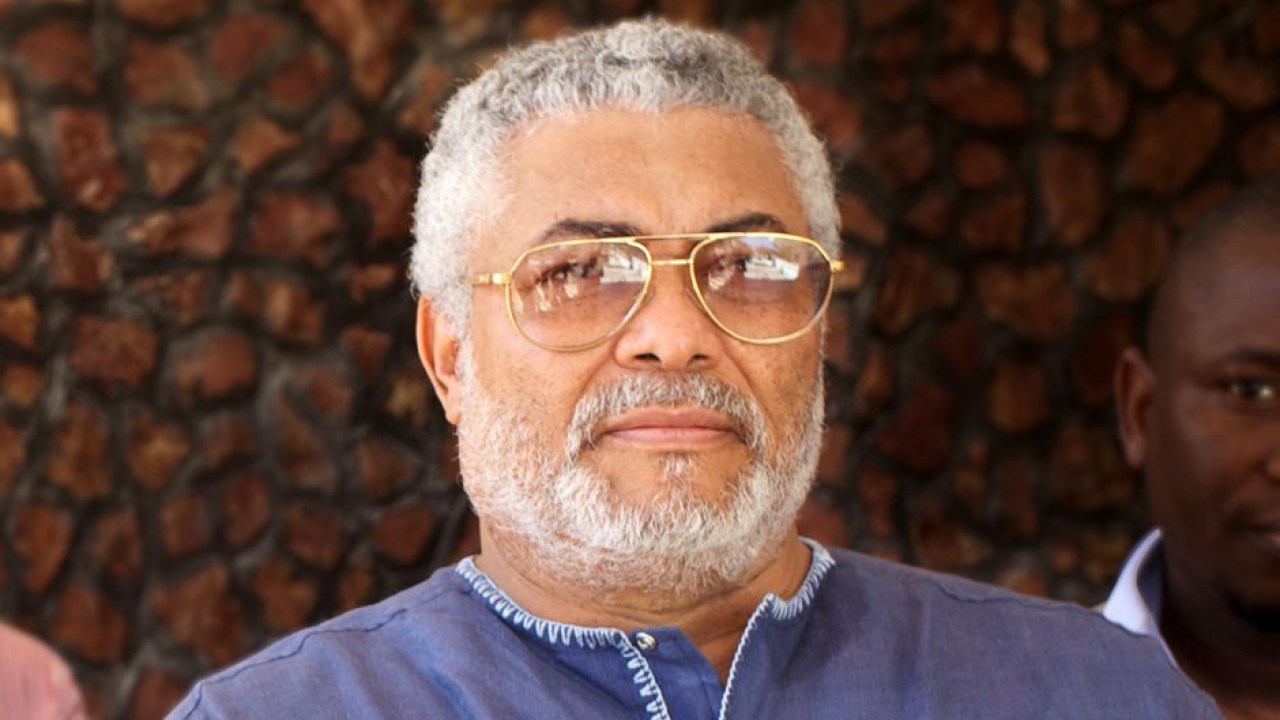 GhanaWeb quoting state-owned Daily Graphic, said Rawlings passed on Thursday, November 12, 2020, after a brief illness at the age of 73.

According to the source, the former president had been on admission at the Korle Bu Teaching Hospital, Accra, for about a week for an undisclosed ailment.

He was born in Accra on 22nd June, 1947, to a Ghanaian mother from Dzelukope, near Keta, in the Volta Region, and a Scottish father.

He was a military leader in Ghana and later became a politician who ruled the country from 1981 to 2000.

On May 28, 1979, Flt.-Lt. Rawlings, together with six others, appeared before a General Court Martial in Accra, charged with leading a mutiny of junior officers and men of the Ghana Armed Forces on 15th May, 1979.

There was a strong public reaction, especially after his statement had been read in court, explaining the social injustices that prompted him to act.

The ranks of the armed forces expressed deep sympathy with his stated aims.

When he was scheduled for another court appearance on 4th June, 1979, Flt.-Lt. Rawlings was sprung from custody.

With the support of both military and civilians, he led a revolt, which decisively ousted the Supreme Military Council from office and brought the Armed Forces Revolutionary Council (AFRC).

The AFRC under Rawlings carried out a “house-cleaning exercise” aimed at purging the Armed Forces and society of corruption and graft as well as restoring the principles of accountability in public life.

On 24th September 1979, the AFRC handed over to the civilian Government of the People’s National Party (PNP) under President Hilla Limann.

On 31st December 1981, Rawlings led a section of the armed forces to overthrow the PNP administration. A Provisional National Defence Council (PNDC), composed of both civilian and military members, was established, with Rawlings as the chairman.

He formed the National Democratic Congress, which contested and won the 1992 presidential and parliamentary elections. He and the party again won the 1996 elections.

He is the joint recipient of the 1993 World Hunger Prize.

Related Topics:deathFeaturedGhanaJJ Rawlings
Up Next 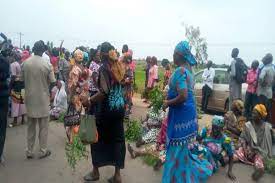 Two of the students had earlier escaped while the bandits had released one on health ground.
The gunmen who invaded the school on July 5th had demanded N500,000 for each of the students.
A total of 121 were abducted.
Chairman of the Christian Association of Nigeria (CAN) in Kaduna, Rev. John Hayab, said about 80 students were still held captive by the bandits while the released students will be reunited with their families. 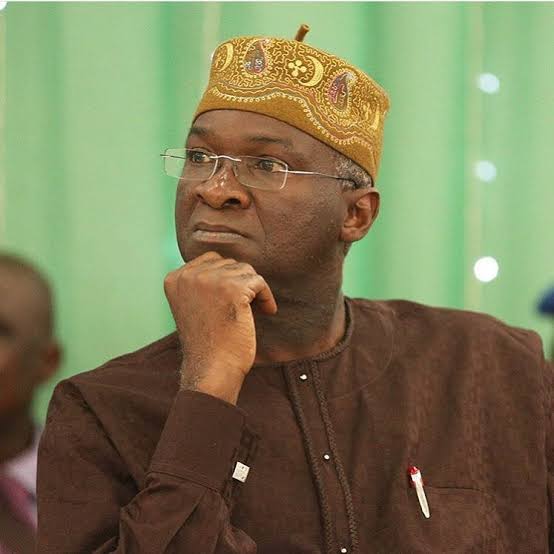 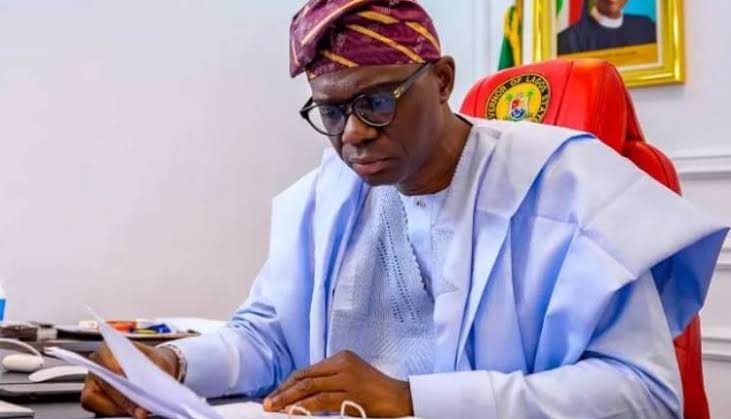 In a bid to make housing accessible to the less privileged in Lagos State,and in line with the transformation agenda of the Mr. Babajide Olusola Sanwo-Olu administration, especially in the area of housing, the Lagos State Government is working on plans to increase access to decent and quality homes for them.

This is as the state government is planning to providing houses for some of its workers to be known as Workers’ Village.

The Commissioner for Housing, Hon. Moruf Akinderu-Fatai disclosed this during a site inspection of some of the ongoing State owned Housing Schemes.

His words “Having successfully completed and commissioned 10 housing estates in the past two year, and working hard to deliver our various ongoing schemes, we are moving forward to implement strategies that will improve access to decent homes in the State”.

The Commissioner pointed out,that hopefully, the six schemes that are at various stages of completion in Odo Onasa-Ayandelu, Agbowa Resettlement Scheme, Sangotedo,Omole/Magodo, Gbagada and Ibeshe would soon be commissioned while others at LASU Ojo, Egan- Igando and Sangotedo Phase2 were also receiving attention towards a speedy completion.

He said that these schemes with others at Itamarun Epe and Ajara in Badagry as well as joint venture schemes would yield over 7000 homes by the third anniversary of the present Administration.

He said that the positive impact of governmental intervention is hampered by the twin issue of high cost of funding for investors and people seeking home ownership through mortgage.

The Housing Commissioner noted that the State Government was looking into the issue of accessibility of decent homes through a multidimensional approach that would reduce these financial barriers to housing.

He disclosed that the State Government is fine tuning a financial mechanism tagged Lagos Affordable Housing Development Trust Fund. This according to him is a financial product that would bring succour to both property developers and intending home owners.

Akinderu-Fatai said ‘ the Fund will reduce the challenge of

He underscored the fact that the housing challenge in Lagos is complex because of the continued and uncontrollable influx of people from all over the nation. He noted that given the rate at which the population of the State is increasing, there must be proactive measures to ensure that governmental interventions result in substantial positive impacts in the lives of the people.

He also reiterated that the Lagos Affordable Housing Development Trust Fund which is being prepared in collaboration with Arctic Infrastructures is the State’s response to the need for financing products that are domesticated to solve it’s peculiar housing challenges.

He said while global financing models are attractive, they may not address the unusual problems of Lagos State.

The Commissioner pointed out that provision of mass and social housing is a key agenda of the State government but the impact can only be felt when there is a structured financing mechanism that is based on predictable population growth.

Apart from the Rent to Own scheme which gives opportunity of repayment over a period of 120 months, the State is also looking at more workable financing options that will help the informal sector.

” We have to formalize the informal sector through cooperative associations and artisans guilds so that majority of our people can take advantage of a financing product that supports instalmental payments”.

The Commissioner also said that the fund would encourage more vertical construction of homes by government and private investors to optimize the land space available in the state.

Akinderu Fatai siezed the opportunity to point out that the commitment of the State government is unequivocal and that “Lagos State would continue to work relentlessly until more Lagosians are brought on the home ownership ladder. Building more homes is our way of improving standard of living , increasing economic engagement through provision of construction jobs and also opening up our rural areas”

He said the State Government plans to construct two workers villages as part of a global plan to transform the State into a 21st century economy that is distinct and comparable to others in the world.

“In line with our passion for progress in the sector, funding is needed and assistance from our development partners will be highly appreciated.” he said

The Permanent Secretary Ministry of Housing Mr Wasiu Akewusola, said that “the uniqueness of the financing package is the fact that it will be targeted at low income earners and the informal sector and can be accessed by both construction companies and homeseekers and will be made up of contributions made by both public and private sector. The fund will also cater to training and capacity building and upgrading of artisans, development of innovative building technology, sustenable housing developments and renewable of slums. The suggested funding from government is expected to be sourced from contributions by local governments, subventions, infrastructure development charge, Housing fund surcharge and Lagos Pension fund. Private sector contributions can be in form of grants and donations from both local and international organizations. ”

In disbursing the fund, Akewusola said, “part of the financing would be used as Housing loans with repayment plan of 20years. This will channeled through micro finance banks with cooperative societies serving as intermediaries”. “Construction fund will also be granted to developers having vertical construction with sustenable energy idea, he discloses.

He noted that the idea of a Trust for the financial product is to ensure accountability, credibility and sustenablity.

Other plans that are being worked out by the State include an allocation structure that will reach the masses so that homes are not hijacked by the rich, continued maintenance of existing schemess to prevent rapid dilapidation, provision of homes for young professionals, introduction of cost saving techniques to reduce cost of building homes and increasing sustenability of future Housing schemes.