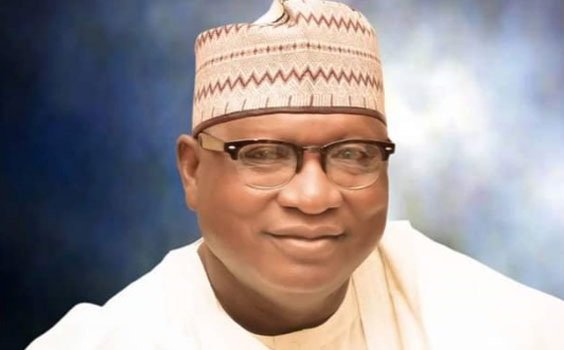 The All Progressives Congress and concerned citizens have expressed anger over the abduction and eventual killing of Nasarawa State Chairman of the party, Philip Schekwo.

The deceased was said to have been abducted around 11pm Saturday from his residence in Lafia, the state capital, and found dead on Sunday.

His corpse was found few metres away from his house and conveyed to a mortuary.

His family and friends have been distraught by the news and wailed uncontrollably in the residence of the deceased since his lifeless body was picked up.

The APC in a statement issued in Abuja on Sunday said it was a dark day for the party and demanded his killers be immediately smoked out.

This was contained in a statement titled, ‘APC to police: Fish out killers of Nasarawa APC Chairman…Party mourns”.

The statement signed by the party’s National Publicity Secretary, Yekini Nabena, read, “The APC urges the police and other relevant security services to fish out the killers of the party’s Nasarawa State Chairman, Mr Philip Shekwo, who was reportedly abducted from his residence in Lafia, the state capital, on Saturday night and found dead on Sunday. This is a dark day for the APC family.

“The APC condoles with the late Shekwo’s immediate family, the Governor of Nasarawa State, Engr. Abdullahi Sule, the State Working Committee, and our supporters and members over this shocking killing.

“We urge a thorough investigation by the police and other relevant security services to quickly fish out the sponsors and perpetrators of this evil, heinous and barbaric crime and made to face the full weight of the law.”

Sources said the assassins had arrived at Schekwo’s residence along Kurikyo road near Dunamis Church, Bukan Sidi in Lafia around 11pm and started shooting.

The late Schekwo, who was reportedly woken by the gunshots, made several calls to security agencies without response.

His neighbour, Mr Joseph Gudu, said he saw how the gunmen used digger to break the door and windows of the apartment.

He said, “The wife of the late chairman, his children and the chairman himself made several calls across the security agencies in the state but nobody responded.

“They were shouting help, help but no security person came to their aid. The police were not ready to pick their calls.

“The operation lasted for about 49 minutes before they gained entrance into the bedroom of the chairman after disarming his security guards and took him away.

“If the police had responded promptly to the calls of the APC chairman, they might have saved his life.’

He added that an investigation had commenced and a manhunt launched for the killers.

A statement signed by Ibrahim Addra, the Chief Press Secretary to Governor Sule, on Sunday, said, “We received with great shock and bewilderment the killing of the Nasarawa State Chairman of the All Progressives Congress, Philip Tatari Shekwo, in the hands of yet to be identified gunmen who forcefully gained entrance into his residence last night.

“My prayers and thoughts go to the family of the late Shekwo. He was a great husband, a statesman, peaceful gentleman and loyal party man.

“I will like to assure all that the perpetrators of this dastard act will not go scot-free. Investigations have already commenced by our security agencies who will do all it takes to hunt down these criminals and bring them to justice.”