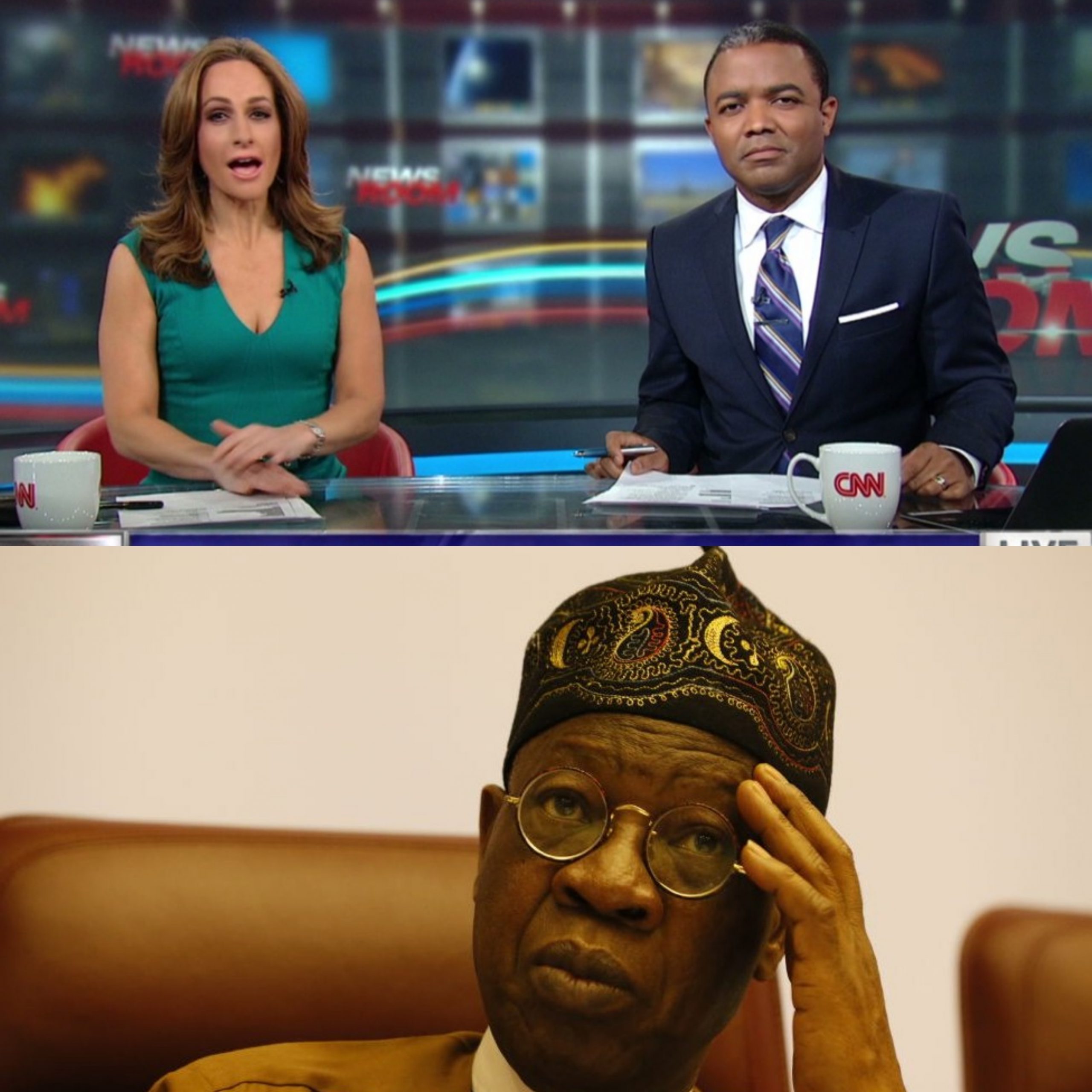 In brazen show of audacity, global television station, Cable News Network, has released another report on the alleged shootings by Nigerian soldiers at Lekki toll plaza during the recent #EndSARS protests.
This is coming less than 24 hours after the Nigerian government had forwarded a petition to the CNN head office, complaining about the first report on the incident and demanding an unreserved apology with a threat of a legal action.
The Minister of Information and Culture,  Lai Mohammed, had last week faulted the CNN’s report on the Lekki shootings, describing it as poor journalism.
Mohammed also followed up the threat with a letter addressed to the management of CNN.
The network on Tuesday did a second report with more damning footage showing soldiers shooting at unarmed protesters on October 20, 2020.
The fresh report also shows the Commander, 81 Division, Brig.Gen Ahmed Taiwo, admitting before the judicial panel in Lagos that his men indeed took live ammunition to the tollgate.
The CNN report also highlighted the fact that Brig.Gen Taiwo’s claim is at variance with the minister’s who had claimed last week that the army fired blank bullets.
The fresh report showed protesters running as soldiers open fire at the tollgate.
The National Broadcasting Commission, which is overseen by the information minister, had last month slammed hefty fines on three Nigerian television stations for daring to use some of the footage which CNN has also used.
The Federal Government has been receiving flak from members of the United Kingdom Parliament and Amnesty International over the killing of protesters.
In a lengthy report published on CNN website, the media organisation stated it obtained a copy of the CCTV footage ahead of the Lagos panel’s sitting last Saturday, which it claimed matched and verified the footage published as part of an investigation last week on the events.
Part of the report read, ”The footage corroborates the timings CNN reported for the gunshots fired by the army. It also shows soldiers approaching protesters and firing shots.
”What is perhaps most notable is what’s missing.
”At 6:47pm, the moment when CNN has video of the army appearing to fire directly at protesters, the surveillance camera pans away from the area.”

Meanwhile, the United Kingdom parliamentarians have recommended sanctions against government officials and security agents who abused the rights of #EndSARS demonstrators last month.

The UK lawmakers, while considering a petition signed by 220, 000 signatories in the aftermath of the alleged shooting of protesters at the Lekki tollgate on October 20, expressed lack of confidence in Nigeria’s handling of the incident.

They therefore vowed to launch an independent investigation to unravel the circumstances surrounding the alleged shooting.

They passed the resolutions the same day the Nigerian government wrote to the United States-based global CNN over last Wednesday’s airing of a report on the alleged shooting of #EndSARS protesters at the Lekki tollgate.

The UK parliamentarians condemned the alleged attack on unarmed persons at Lekki yollgate by soldiers, pointing out that the proposed sanctions should not be mere rhetoric but must be carried out sooner than later.

The lawmakers said, “No action can replace the lives that have been lost, but that doesn’t mean we cannot take actions.

“We know that these individuals come here and use our banks, so we are in a unique position to do something.”

In the petition started by one Silas Ojo, a Nigerian, the petitioners charged the UK government to impose sanctions on individuals in the Nigerian government and police officers involved in human rights abuses.