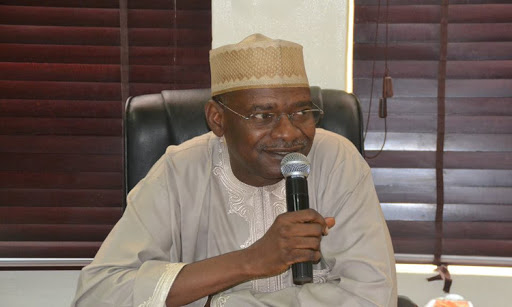 The Managing Director of the Federal Roads Maintenance Agency (FERMA), Abdulrahman Nurudeen Rafindadi, says the agency has proposed the sum of N55.5 billion for the repair of federal roads spread across the country.

Rafindadi, an engineer, gave the figure while presenting to the federal lawmakers the agency’s budget estimates for the year 2021.

He, however, did not give state-by-state details of projects to be executed, assuring the lawmakers he would do so at a later date.

The FERMA helmsman said that as of now, the agency had N21bn available to tackle emergency road projects, adding that the money was yet to be deployed.

It would be recalled, that since its establishment, FERMA has consistently been underfunded, hence its inability to meet its core mandate of effecting substantial road repairs of failed federal roads across the country.

From the time of its pioneer managing director to the current helmsman, the sing-song of the agency has always been the paucity of funds to execute the maintenance of dilapidated federal roads begging for attention.

The proposed N55.5 billion budgetary expenditure for the year 2021 is considered a ‘drop in the ocean’ considering the state of federal roads across the country.

It would also be recalled that as far back as 2005, the then Managing Director of the agency, Engr Olubunmi Peters, had said that in order for FERMA to be able to fix failed federal roads in the country, it would need not less than N50 billion.

Almost 15 years after, FERMA is proposing to spend N55.5 billion to address the issue of failed federal roads nationwide.

Experts have noted that the consequence of this inadequate funding of the agency is that more federal roads in the country will fail as a result of neglect.

Related Topics:2021 budgetFERMARafindadi
Up Next