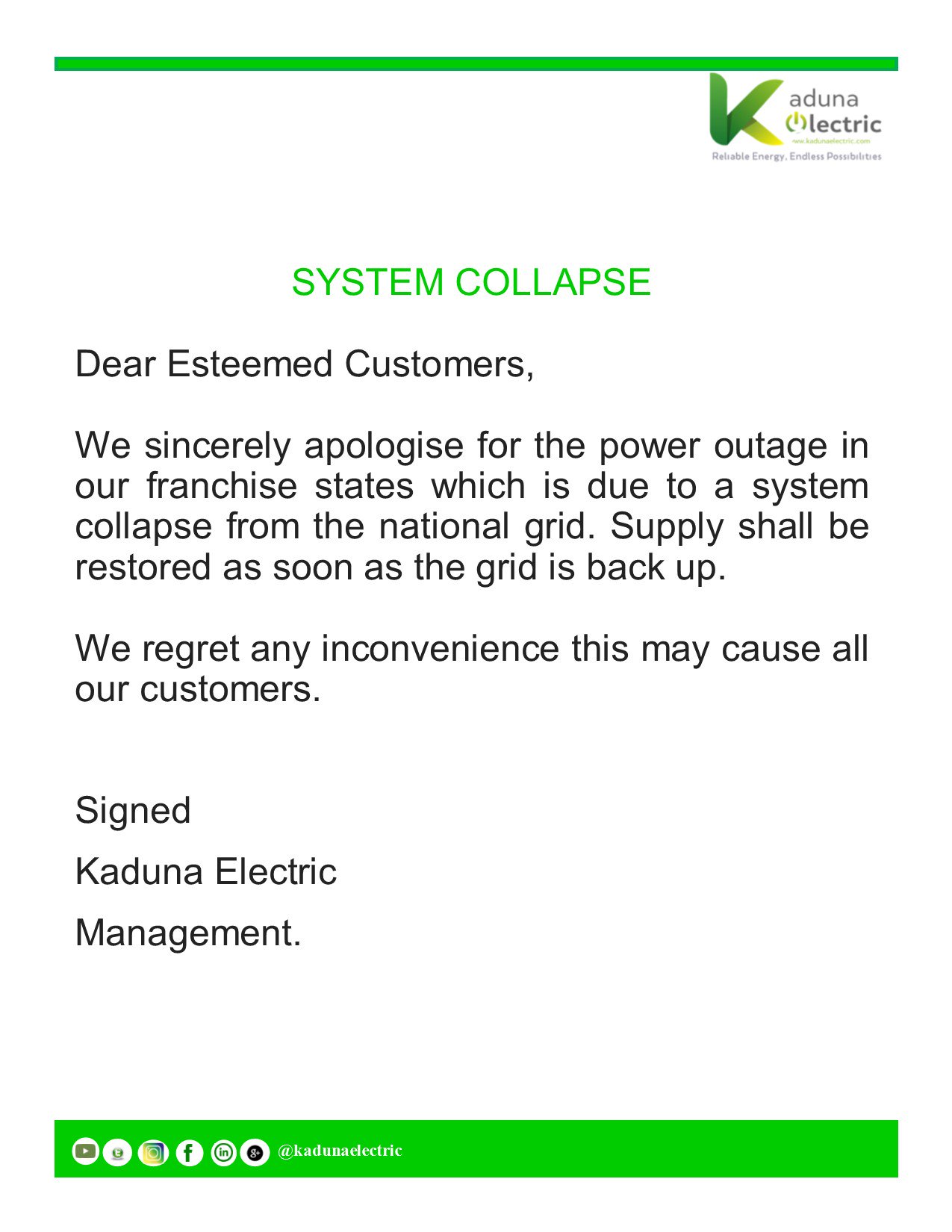 The nation’s power grid collapsed again on Sunday, plunging parts of the country into a total blackout for hours.
Two of the power distribution companies in the country, Kaduna Electric and Eko Electricity Distribution Company, announced the national grid collapse Sunday afternoon.
Kaduna Electric, in a message to its customers via its Twitter handle, said, “We regret to inform you that the loss of power supply in our franchise – Kaduna, Sokoto, Kebbi and Zamfara states – is as a result of the collapse of the national grid. The collapse occurred at about 11:26am this morning.
“Supply shall be restored as soon as the grid is back up. We regret all inconveniences,” the Disco added.
EKEDC, in a text message sent to its customers, said, “Dear customer, there is a system collapse on the national grid. Supply will be restored as soon as the issue is resolved. Apologies for the inconvenience.”
The grid, which is being managed by government-owned Transmission Company of Nigeria, has continued to suffer system collapse over the years amid a lack of spinning reserve that is meant to forestall such occurrences.
Spinning reserve is the generation capacity that is online but unloaded and that can respond within 10 minutes to compensate for generation or transmission outages.
Related Topics:ekedcKaduna ElectricTransmission Company
Up Next