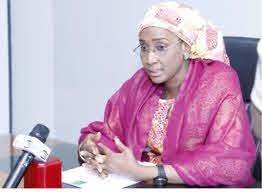 President Muhammadu Buhari has sent truckloads of relief material for the families of slain rice farmers in Borno State.

This is coming 48 hours after the President had sent his condolences to the families, government and people of Borno State through a team led by the Senate President, Senator Ahmed Lawan.

Umar-Farouq, while presenting the items, said, “I am here to convey the sympathy of the Federal Government to the government and people of Borno State over the sad incident that occurred on Saturday 28th November 2020 in Zabarmari community in Jere Local Government Area of the State where innocent citizens were gruesomely murdered by Boko Haram insurgents.

“Beside the 43 persons that were confirmed dead and subsequently buried, it is learnt that some persons in the community were also abducted by the insurgents and are currently being sought after by combined team of the military and other security agencies.

“It is shocking to imagine this act of gruesome murder by the insurgents. This cannot be justified under any guise. We are all aware that our religion is against what has happened to the innocent and hardworking farmers that were not only working to feed themselves but contributing to the food security of the nation.

“His Excellency, the President and Commander-in-Chief Muhammadu Buhari GCFR is saddened by the attack and has directed me to come here to deliver relief supports from the Federal Government to families of the victims and other affected persons.”

Borno State Governor, Prof. Babagana Zulum, commended the gesture from the President just as he thanked the minister for her prompt response.

Related Topics:Buharislain farmers
Up Next