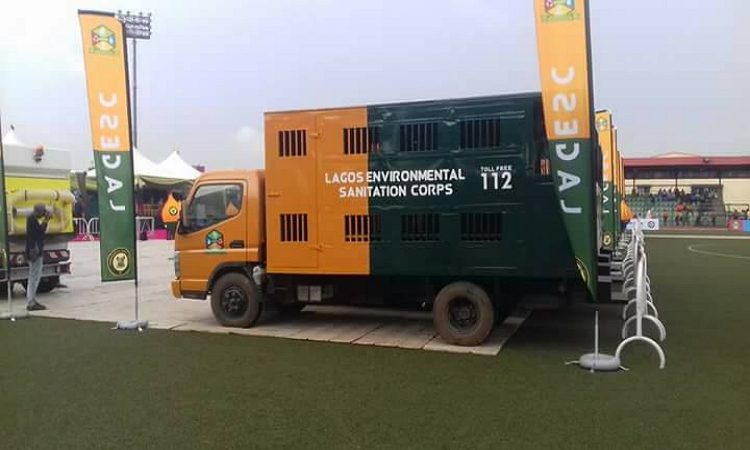 The Corps Marshal of the Lagos State Environmental Sanitation Corps (LAGESC) has condemned the incessant attacks on the agency’s personnel carrying out its official duties of ensuring the general cleanliness of the environment and warned that such would no longer be tolerated by the state government.

She disclosed this at the command headquarters, Bolade-Oshodi,

She said, ”Some miscreants said to be street traders attacked its personnel at about 11:00 am on Tuesday with stones and other dangerous weapons from the flyover bridge on Mobolaji Bank Anthony way, Ikeja, while dislodging street traders around the area which inflicted serious head injuries on an officer, Oshinowo Mojeed while others sustained various degrees of injuries in which four suspects were arrested on the spot”.

The suspects namely Etem Linus, Remond Ogalego, Nwagli Sunday, Wisdom Obinna were Thursday arraigned before the Samuel Ilori Magistrate Court, Ogba for contravening Section 411 of the Criminal Laws of Lagos State in a case presided over by Magistrate H.B Magaji.

The suspects were granted bail on conditions to provide sureties and subsequently remanded for failure to satisfy their bail conditions.

The Corps Marshal however decried the spate of attacks on enforcement officers in the State, saying that ”it is one to many of attacks on enforcement officers in the State, which has resulted in the loss of  lives and injuries on its personnel while trying to ensure that our roads, walkways and road setbacks on major highways in the State are free of illegal trading activities and street hawking which mostly impedes free flow of human and vehicular movement that often constitute traffic gridlock on our roads”.

While reiterating the agency’s commitment at ensuring the directives of the Governor, Mr. Babajide Sanwo-Olu that every part of the State is free of any form of environmental nuisances,

Mrs. Akinpelu therefore appealed to all market leaders and transport unions to partner with the Agency in the discharge of its statutory responsibilities.