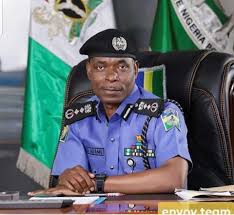 The Nigeria Police Force has headed to the Federal High Court in Abuja asking for an order stopping the judicial panels of enquiry probing allegations of rights abuses and other acts of brutality of the disbanded Special Anti-Robbery Squad and other police tactical units.

It stated the state governments lacked the power to constitute the panels to investigate activities of the police force and its officials in the conduct of their statutory duties.

It therefore urged the court to restrain the attorneys-general of the 36 states of the federation and their various panels of enquiry from going ahead with the probe of alleged police impunity.

The decision to set up the various panels of enquiry was taken by the National Economic Council with members including the 36 state governors and Vice President Yemi Osinbajo, in the aftermath of the recent nationwide #EndSARS protests demanding an end to police brutality.

The NPF argued through its lawyer, Mr O. M. Atoyebi (SAN) that the state governments lacked the power to constitute the panels to investigate activities of the police force and its officials in the conduct of their statutory duties.

According to the plaintiff, the state governments’ decision to set up such panels violated the provisions of section 241(1)(2)(a) and Item 45, Part 1, First Schedule to the Constitution and Section 21 of the Tribunals of Inquiry Act.

It argued that by virtue of the provisions of 241(1)(2)(a) and Item 45, Part 1, First Schedule to the Nigerian Constitution only the Federal Government had exclusive power to “organise, control and administer the Nigeria Police Force”.

It, therefore, urged to, among others, declare that “the establishment of a panel of enquiries by the governors of the various states of the federation of Nigeria, to inquire into the activities of the Nigeria Police Force in relation to the discharge of her statutory duties is a gross violation of the provisions of Section 241 (1)(2) (a) and Item 45, Part 1, First schedule, 1999 Constitution of the Federal Republic of Nigeria (as amended) and Section 21 of the tribunals of inquiry Act, Cap.T21, Laws of the Federation of Nigeria, 2004”.

The plaintiff also urged the court to declare that “having regard to the circumstances of this case, the attitude of the governors of the various states of the Federation of Nigeria, in this case, is unconstitutional, illegal, null and void and of no effect whatsoever.”

It sought an order of perpetual injunction restraining the 3rd to 38th defendants (the state Attorneys-General of the 36 states) “from making or conducting any investigations, sittings, and inquiries and/or from making or conducting any further investigations, sittings and inquiries in respect of matters affecting the Nigeria Police Force, and or further setting up any panel of inquiry in any state whatsoever in the country.”

Related Topics:#EndSARSpoliceprobe panels
Up Next 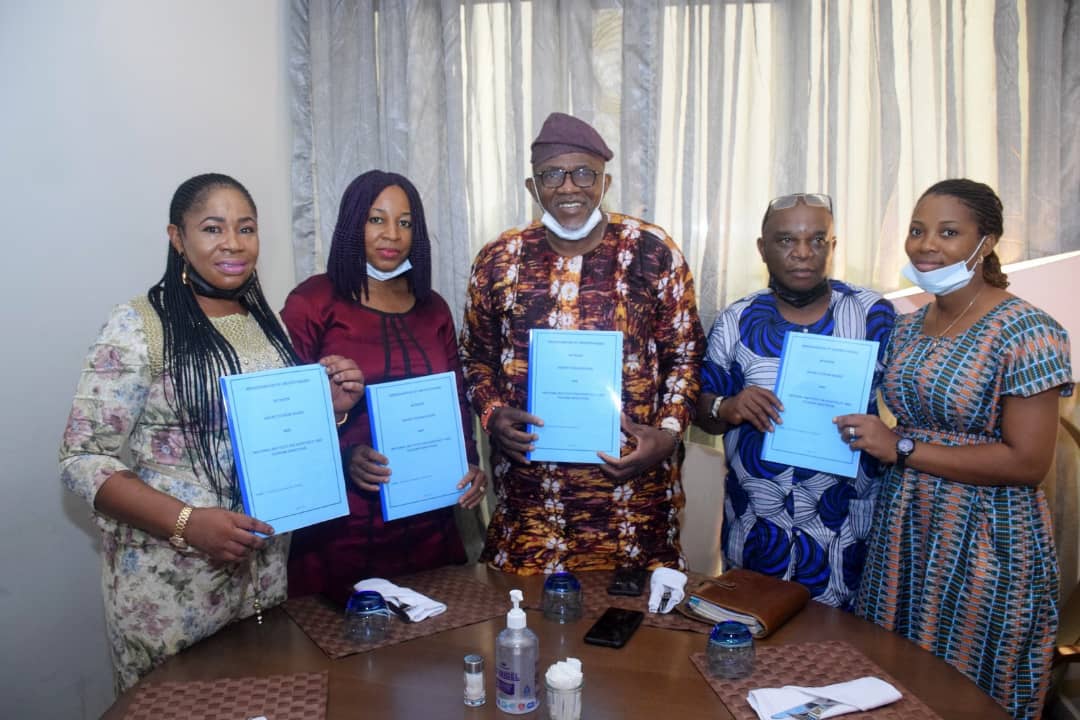 The Awori Tourism Board says all is set for the take-off of a tourism training institute designed to encourage youth involvement, provide employment opportunities and ensure provision of optimum service delivery in the hospitality industry.

The Chairman, Awori Tourism Board, Prince Femi Fadina, stated this in Ota, Ogun State, during the signing of a Memorandum of Understanding (MoU) with the National Institute for Hospitality and Tourism (NIHOTOUR).

Fadina noted that the signing of the MoU birthed the establishment of the first Tourism Training Institute in South-West so as to train many youths in the country on tourism and hospitality.

He pointed out that the board was prepared to change the trend of neglect of youths in the involvement of the sector, saying that it was imperative to co-opt youths in such a giant stride, so as to procure job opportunities for the teeming youths.

He disclosed that the first in line of the institute would take off in Ota with more coming up in other South-West states, adding that graduates of the school would be awarded the National Diploma and the Higher National Diploma certificate in Tourism.

He added that it would accord them the opportunity to pursue education and training up to the PhD in Tourism, stressing that the institute would offer premium and standard teaching and learning opportunities, as only the best brains would be engaged to train prospective students.

In their separate remarks, Mrs Chinyere Uche-Ibeabuchi, Zonal Coordinator, Lagos Campus, NIHOTOUR and Senior Lecturer at NIHOTOUR, Ms. Ejike Ugochi, while expressing their delight at the collaboration, said that the institute had been specifically established to provide manpower training, research and capacity building for youths and personnel in the industry.

They urged youths to embrace the formal and professional training offered only in approved organisation such as the Awori Tourism Board Training Institute. 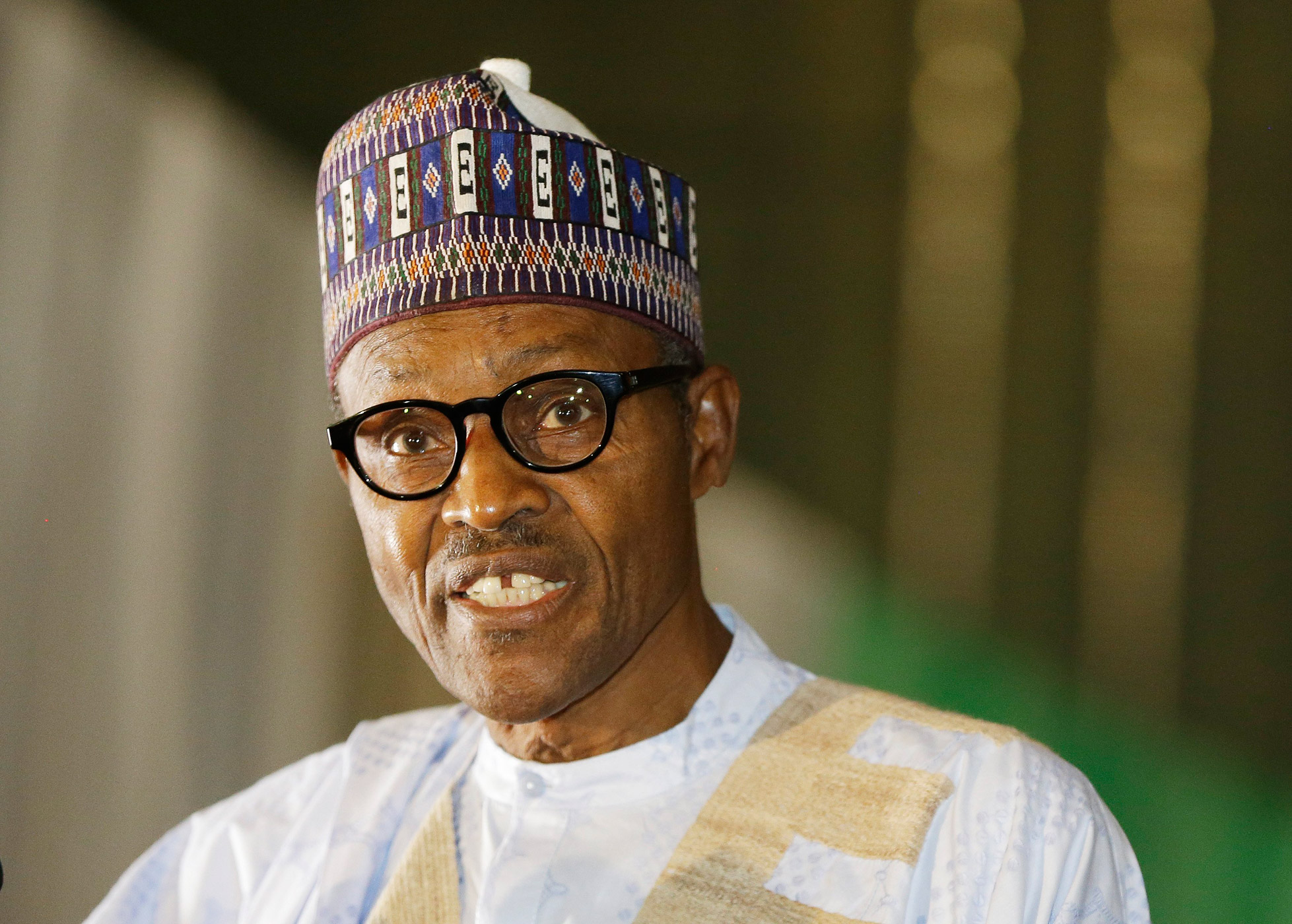 President Muhammadu Buhari has ordered the deployment of 16 warships and three helicopters to fight maritime crime in the Gulf of Guinea.

He said the deployment of the assets was to ensure a greater action was taken within the country’s water and beyond.

He gave the directive on Thursday at the launch of maritime equipment acquired for the Deep Blue Project of the Federal Ministry of Transportation in Lagos.

He said the oceans and sea accounts for over 80 per cent transportation requirements of the global economy and that concerted efforts are being made to address the security challenges.

Buhari said it was evident in the recently established Gulf of Guinea Maritime Collaboration Framework by Nigeria and the Inter-regional Coordination Centre Yaoundé through the facilitation of NIMASA/Industry Joint Working Group to tackle maritime security in the region.

The Minister of Transportation, Rotimi Amaechi, blamed the elite who he claimed were profiteering from the state of insecurity in the maritime.

The Director General of the Nigerian Maritime Administration and Safety Agency, Dr Bashir Jamoh, however thanked the president for ensuring that the project came alive.

UCL final: Can Chelsea make it three wins in a row against Man City? 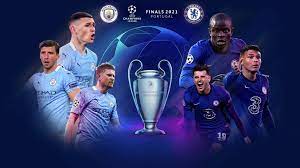 The final of this season’s UEFA Champions League holds today, an all-English final for only the third time in the competition’s history, with Manchester City facing Chelsea, says a report by Total Football Analysis.

It notes that this is the first time City have made it to the final of the Champions League, while it will be Pep Guardiola’s third final, having won both his previous finals with Barcelona, incidentally against Manchester United both times.

Chelsea, on the other hand, make their third appearance at this stage, having won the competition quite memorably in 2012, with Thomas Tuchel becoming the first manager ever to reach the final of the Champions League in consecutive seasons with two different teams, having been on the losing side with Paris Saint-Germain last season.

In his entire managerial career, Man City manager Pep Guardiola has lost more matches against Chelsea in all competitions than any other club (seven). He has lost his last two games against the Blues, only losing three in a row against Real Madrid (2012-14) and Liverpool (2018).

Manchester City midfielder Kevin De Bruyne admits the fear of losing will play a big role in the mentality of all the players in Saturday’s Champions League final against Chelsea.

Manchester City have won 11 UEFA Champions League matches this season and victory in this match would see them equal the all-time record of 12 by Real Madrid in 2001-02, although the Spaniards played 17 matches that campaign, compared to City’s 13 this season.

Manchester City boss Pep Guardiola explains the difficulties of leaving players out of the starting line-up for Saturday’s Champions League final against Chelsea.

Guardiola says having to leave out players from his starting line-up is a task he would not wish on anyone.

Given the strength in depth of his squad, top internationals such as Brazilian Gabriel Jesus, England’s Raheem Sterling and Spain defender Aymeric Laporte could begin the game on the bench, as could club-record goalscorer Sergio Aguero.

Asked at the pre-match news conference what it was like to have to break his selection news to the players, Guardiola said, “Terrible. It’s absolutely disaster, don’t be a manager in your life.”

The Spaniard said there were no words that he could conjure up to ease the pain for the players concerned.

He says, “I don’t have any nice words but my advice is stay with the team as there are five or six subs and life gives you another chance.

“Work harder and maybe next time you’ll be there. I feel incredibly sorry for them but I have to be honest, I know them and I make a selection to win the game, no alternative.”

Tuchel: It’s not me versus Pep

Chelsea have beaten City twice since Thomas Tuchel took charge of the London club in January, winning in the FA Cup semi-final and then in the Premier League at the Etihad Stadium.

But the German is under no illusions about the size of the task facing his team against the Premier League champions in Porto.

Werner is one Chelsea player that can ‘hurt’ Man City in UCL final, says Joe Cole

Joe Cole believes Timo Werner will be one of the first names on Chelsea’s team sheet in Saturday’s Champions League final against Manchester City.

Since taking over from Frank Lampard, Thomas Tuchel has introduced a lot of changes into this Chelsea side; formation, regulars.

But the team essentially still plays possession-based football under both managers.

In fact, they averaged the third-highest possession (58.6 percent — via Whoscored) in the Premier League this season.

At the Estadio do Dragao, however, they are going to face Manchester City — a team that averaged the highest possession in the league (60.8 percent).

Obviously, Chelsea would not want to let Manchester City dominate the possession and play into their hands.

But competing for possession will not be the only way to “hurt” the Premier League champions, according to Cole.

“Pep [Guardiola’s] players play a certain way and if you can get players in behind them, you are going to get space at some point in the game,” the former Blues winger told the Sunday World.

“Timo Werner will probably start, as he is a player who can hurt them. And I don’t think he is playing for his future at Chelsea in this game.

“We see great players come to this country, and they take some time to settle down.

“It’s been difficult for everyone this season, but there have been some great signs from him in the last few weeks.

“He affects the game and I think he’s going to be a good player for Chelsea and some time to improve.”

A lot of people seem to share Cole’s view about Werner’s potentially being the biggest threat to Manchester City’s Champions League hopes.

In Friday’s press conference, Cesar Azpilicueta said the Germany international can “make the difference” in the final.

And earlier, Guardiola highlighted Werner’s counter-attacking threat as one of the reasons Chelsea are “difficult” to play against.

It was very evident that Manchester City defenders had a hard time dealing with Werner’s pace in their two losses against Chelsea — in which the striker made two decisive assists.