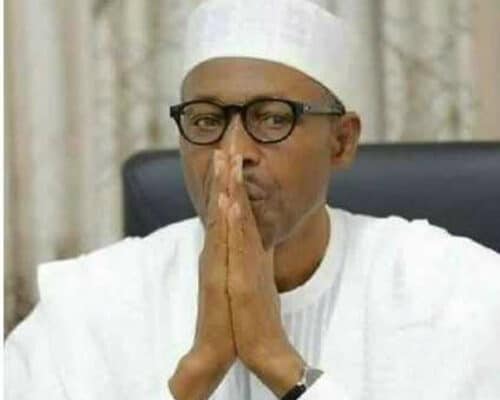 President Muhammadu Buhari will on Thursday address a joint session of the National Assembly on security situation in the country, his Personal Assistant on Social Media, Lauretta Onochie, has said.

She stated this in a message she posted on her Twitter handle, @Laurestar, on Monday.

It read, “President @MBuhari will address a joint session of the National Assembly (@nassnigeria) on Thursday, December 10, 2020.”

Speaker of the House of Representatives, Femi Gbajabiamila, said last week that the President had agreed to honour the House’s invitation to speak on the efforts being made by his regime to address the security challenges being witnessed across the country.

The Reps had last week Tuesday invited the President to appear on the floor of the parliament and explain the rising spate of insecurity in the country.

The decision was based on a motion of urgent national importance moved by the Borno State caucus on the last weekend’s killing of farmers in the state.

The Senate had also in a separate resolution asked the President to sack his service chiefs.

Related Topics:BuhariFeaturedinsecuritynational assembly
Up Next

Most Almajiris in the North are foreigners – Ganduje 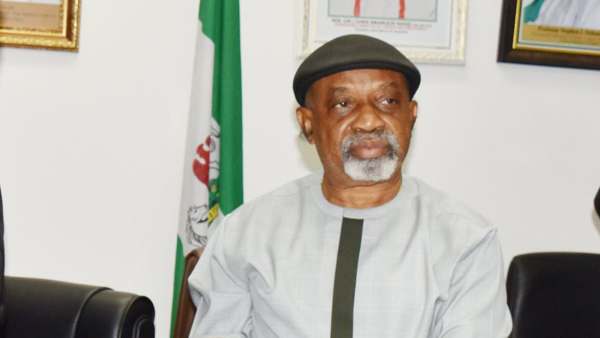 Minister of Labour and Employment, Dr Chris Ngige, says the Federal Government has accepted the option of dialogue to resolve the escalating insecurity in the South-East.

He stated this in an interview with reporters after a meeting with President Muhammadu Buhari and his Chief of Staff, Prof. Ibrahim Gambari, at the Presidential Villa, Abuja.

Ngige said, “We also looked at the security situation, especially in my zone, the Southeast, and we made some proposal to him (the President), based on the yearnings of the people, and what the government also wants.

“We are following up with dialogue, which at the end of the day is what will happen. We have to talk, we have to discuss.

“The Minister of Defence, Minister of Interior and the Service Chiefs were in Enugu earlier last Saturday and we are going to do follow-up meetings on that again.

“We briefed him and he accepted that dialogue is the way to go in all these. Like I keep on saying, there is a very thin line between perception and reality, so certain things should be done, at least to assuage the feelings of the people in the area and make them not feel unwanted. So, that area was discussed.”

He also said the face-off between the Kaduna State Government and the Nigeria Labour Congress (NLC) was also discussed at the meeting with the President.

Ngige said it was resolved that there was no need for another round of industrial disharmony between labour and the Kaduna State government especially as the country was faced with serious security challenges.

“The NLC wrote to Mr President complaining that the Kaduna State government wasn’t keeping to its side of the agreement, especially in the area of victimisation of workers.

“The NLC said the government of Kaduna sacked some staff from their workforce for participating in the strike.

“Mr President sought for advice on it and we’ve transmitted the advice. So, I and the Chief of Staff have jointly briefed him on that and we are taking action to make sure we don’t have a repeat of what happened in that state.

“The President said we have already been bedevilled with security issues; we don’t want any more compounding of those issues,” he said.

PAN Nigeria Limited has hosted participants of the Air Force War College at its plant in Kaduna, where issues of technology and knowledge sharing partnership were discussed.
PAN is Nigeria’s foremost automobile manufacturing plant, assemblers of Higer buses and ambulances, Chery vehicles and Peugeot cars.
The visit to the auto company was part of the institution’s training programmes on national security, defence architecture and inter-agency cooperation.
The programme involving tours to institutions of strategic relevance to the nation was led by the Commandant of the college, Air Vice Marshall I.T. Ali.
A statement by the Group Head, Corporate Services, PAN Nigeria Limited, Abdulkadir Yinusa, said PAN Nigeria was selected as one of the key institutions to be studied due to the importance of its industry to national development and employment.
Acting Managing Director of PAN, Ms Taiwo Oluleye, stated that despite various challenges confronting manufacturers in the country, such as rising foreign exchange rates and shortages, Insecurity and contracting purchasing power, that PAN had continued to invest in critical areas that meant much to users of the company’s product range as a way of sustaining its operations.
The areas she listed included deepening customers service and after-sale support.
The Commandant, Air Vice Ali, acknowledged the role PAN had played over the years in rolling out products that met local and international quality standards.
He said College would be readily available to collaborate with PAN in areas of technology, especially in knowledge sharing.
The commandant urged PAN Nigeria to ensure product quality sustainability while assuring the Company of support and patronage. 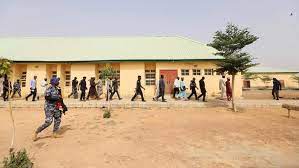 About 15 people abducted by bandits from an Islamic school in Tegina, Niger State, last month have reportedly escaped from the bush while their abductors slept off after being drunk.
The escapees are said to be adults abducted alongside 156 pupils of Salihu Tanko Islamic School in May.
The news of the escapees has raised hope that the 156 children also picked by the bandits will soon regain their freedom.
Sources in the area said the abducted adults were separated from the children and taken to a forest in Zamfara State.
It was however gathered that the victims tactically opened the door of a house in which they were kept in the forest when their guards fell asleep after drinking.
The escapees went in different directions in order not to fall into the hands of other bandits in the forest.
An escapee who got to Tegina first informed the people, prompting Niger State government to begin working toward assisting other victims.
The escapee is said to be hospitalised for treatment.
Further information revealed that three other victims among the escapees arrived at Tegina in the early hours of Sunday, while one of them who was rescued was brought to Minna where he is receiving treatment.
Other escapees are said to be in Zaria.
Security operatives have been reportedly sent to the Tegina-Birnin Gwari road to await the remaining 10 escapees.
The source said they would be brought to Minna for proper attention.