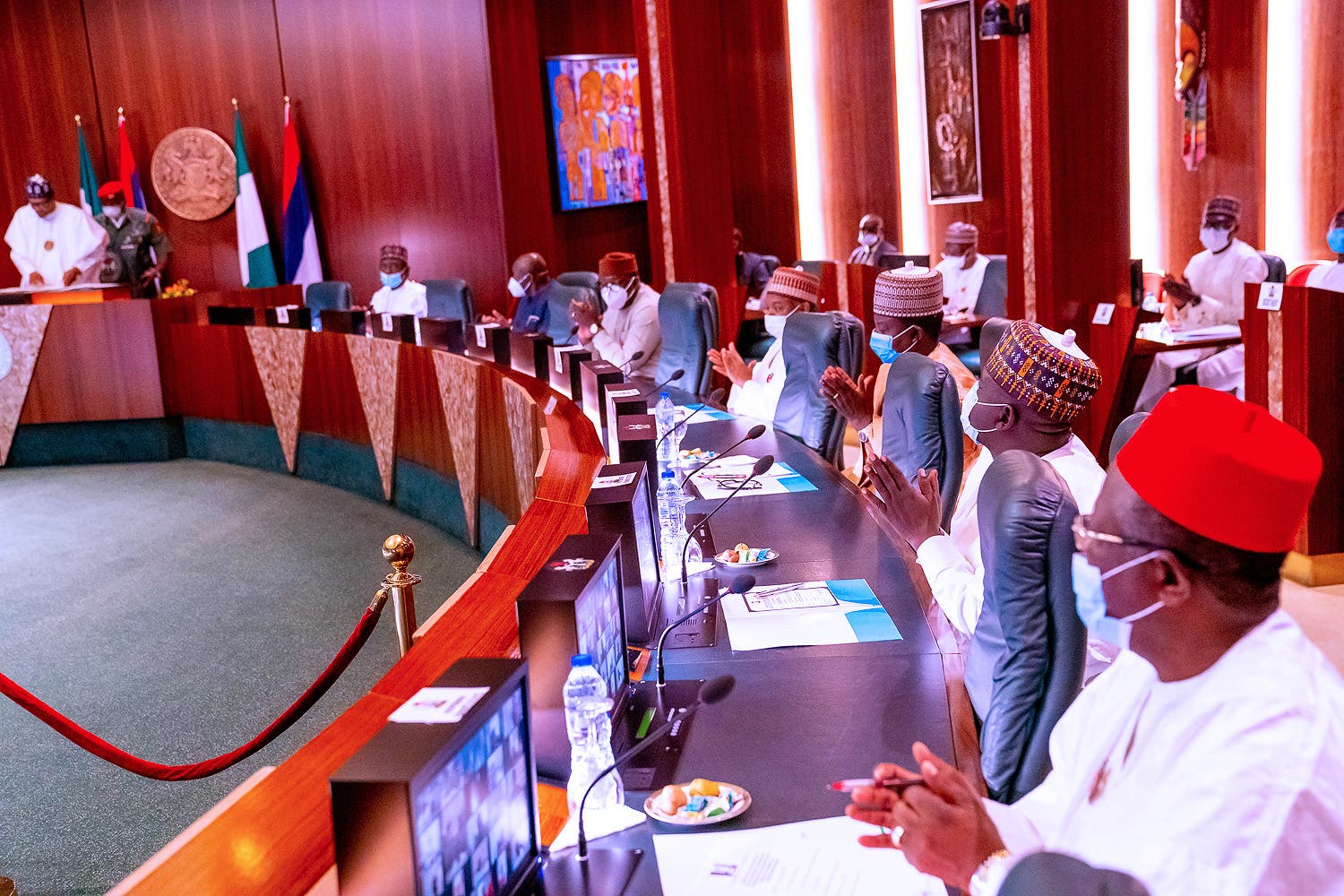 The National Executive Committee (NEC) of the All Progressive Congress (APC) has announced the expulsion of the former acting national chairman of the party, Hillard Eta, for pressing ahead with his court case against the party.

This is coming as President Muhammadu Buhari called on the party stakeholders to return to the era where it respected informal and formal agreements reached before the formation of the APC.

Eta, who was the National Vice Chairman, South-South in the Comrade Oshiomhole’s dissolved NWC of the party, had continued to claim that he remained acting national chairman of the party despite the dissolution of the NWC.

He explained that the tenure extension was to enable the committee to complete its assignment.

He said the six months period was makeup to the time lost to the COVID-19 pandemic.

The NEC has also approved the dissolution of the party organs at the polling units, wards, local government, states and zonal levels as well as the non-NWC component of the NEC.

The highest decision-making body of the ruling party approved their immediate reconstitution and composition of the dissolved Excos to serve in their respective offices in a caretaker committee capacity but excluding the non-NWC members of NEC.

The party granted a blanket waiver for new members and potential members who may wish to contest for any elective position on its platform.

Reading the five-point resolution of the NEC, el-Rufai said, “National Executive Committee of the party approves the extension of the tenure of Caretaker/Extraordinary National Convention Planning Committee led by Mai Mala Buni, which expires on December 25, 2020, for another six months period, to terminate on 30th of June, 2021. This is to enable the Caretaker and Convention Planning Committee to conclude its assignment as laid before NEC.

“NEC has also donated its powers as enshrined in Articles 13.3 Subsection 5 and 13.3 Subsection 6 of the APC Constitution to the Caretaker and Convention Planning Committee.

“The second resolution is that NEC has approved the granting of waivers to persons who have recently joined the party members and those desirous of joining the party in the nearest future. By this, such new members will enjoy all the benefits and privileges accruable by virtue of their membership of the party. So, they will be able to contest for positions in the party, they will be able to contest elections without any requirement of being members for a number of years or period of time.

“The third resolution, NEC approved the expulsion of Ntufam Hilliard Eta from the party for flaunting the directives of NEC to discontinue all litigation against the party and its members.

“The fourth resolution, NEC approved the immediate dissolution of the party organs at the polling units, wards, local government, states and zonal levels as well as the non-National Working Committee component of the National Executive Committee as well as their immediate reconstitution and composition of the dissolved Excos to serve in their respective offices in a caretaker committee capacity but excluding the non-NWC members of NEC.

“Finally, the NEC condemns in very strong terms, the call by the PDP leadership and some of their cheerleaders for the resignation of Mr President. NEC observes that security challenges though regrettable can only be addressed when all interest, civil and military, governments and opposition, security forces and indeed all citizens collaborate irrespective of party affiliation. This is not the time to politicize security.”

In his opening remarks at the meeting, President Buhari recalled that the APC was used to respecting agreements reached whether formally or informally and urged its members to return to that era.

He said, “I want to appeal to all our party members and leaders at all levels, to try and make the required sacrifices so that we are able to collectively restore our progressive and democratic political party, which can nurture and give expression to our collective dream of building a strong, united and developed Nigeria.

“May I use this opportunity to remind all of us of the need to recreate our negotiation secret of 2012, 2013 under our legacy parties. What guided our success to achieve the merger that produced the APC was the respect we were able to have for each other. In those times, decisions reached both at formal and informal consultations were respected with trusted initiatives taken and believed that they were needed to produce the required political platform that could guarantee electoral victory. Every one of us as leaders ensured that those decisions were respected.

“I have, through consultations of the caretaker committee and other leaders of the party, agree that our challenges in the party require that we take steps to rebuild the party from wards to national levels. The initiative to carry out membership registration revalidation is, therefore, necessary, membership registration revalidation will lay the foundation for reorganizing our membership from ward to local government, state and national levels.”

Chairman of the APC National Caretaker/Extraordinary National Convention Planning Committee and Governor of Yobe State, Buni, recalled that at his assumption of office, the APC was like a theatre of war at many levels.

He said, “Conflicts reconciliation within the party: on the assumption of office at the end of June 2020, our party was a theatre of infighting both at the national level and in many states.

“Reconciliation of all the warring factions and individuals was, therefore, an important consideration for us to be able to commence the process of reconstituting the party’s leadership.”

“To achieve that, we set up a reconciliation committee across the country. Issues such as Bauchi, Bayelsa, Cross River, Enugu, Zamfara, Edo, Ondo Anambra and Oyo were either referred to one of the committees to handle directly or handled directly by the national caretaker committee.

APC NWC: Count me out of court case, says Oshiomhole