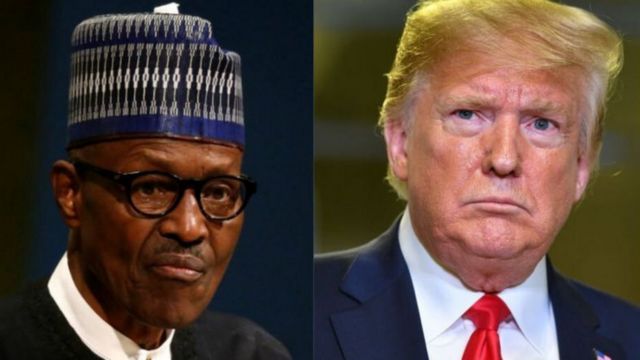 The Federal Government says it will open talks with the United States over the latter’s decision to include Nigeria among countries violating religious freedom.

It also rejected the US position that the Nigerian government was suppressing religious freedom.

The Ministry of Foreign Affairs, in a statement by its spokesman, Mr Ferdinand Nwonye, said the engagement would afford Nigeria the opportunity to demand the country’s removal from the blacklist.

The statement was in reaction to Monday’s decision by the US to add Nigeria to a religious freedom blacklist, which contains countries with severe religious violations.

The Secretary of State, Mr Mike Pompeo, who announced the measure, said his country would continue to act when religious freedom is attacked.

He explained that the US law requires such designations for nations that either engage in or tolerate “systematic, ongoing, egregious violations of religious freedom.”

Other nations on the blacklist are Saudi Arabia and Pakistan, China, Iran, Eritrea, Myanmar, North Korea, Tajikistan and Turkmenistan.

The US State Department in its annual report published earlier this year took note of concerns both at the federal and state levels.

The allegation against Nigeria is that it engaged in mass detention of members of the Islamic Movement in Nigeria, a Shi’ite Muslim group and for disregarding court orders asking it to release the leader of the sect Sheikh Ibrahim el-Zakzaky, who has been in detention since 2015 after a clash between the military and members of the sect in Zaria, Kaduna State.

But the Federal Government said Nigeria’s religious liberty had never been in doubt and expressed surprise that the US could designate the country as promoting religious intolerance.

The statement by the Ministry of Foreign Affairs said the nation remained multi-religious and multi-ethnic as defined by its constitution.

It said, “The Federal Government of Nigeria received the news with surprise, that a secular country under a democratic government would be so designated. Although the Nigerian state is multi-religious and multi-ethnic, the Nigerian constitution expressly states that the government shall not adopt any religion as state religion.

It reaffirmed Nigeria’s commitment to ensuring the respect and protection of citizens’ right to religious freedom as well as the promotion of religious tolerance and harmony.

Another statement by Minister of Information and Culture, Mr Lai Mohammed, described the allegation as a case of “an honest disagreement between the two nations on the causes of violence in Nigeria.”

“Nigeria does not engage in religious freedom violation, neither does it have a policy of religious persecution,” he said, explaining: “Victims of insecurity and terrorism in the country are adherents of Christianity, Islam and other religions.”