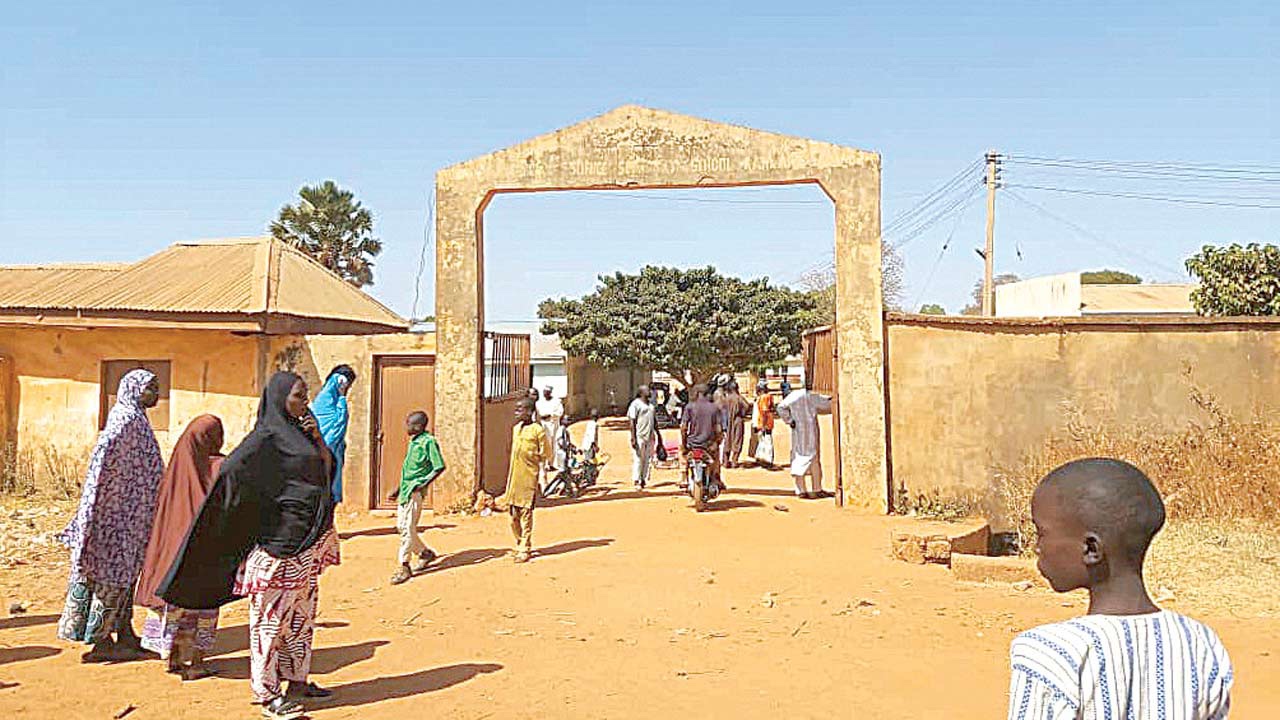 Governor Aminu Masari of Katsina State has said 333 students are still missing after an attack on Government Science Secondary School, Kankara in the state.

He gave the number when a Federal Government delegation led by National Security Adviser, Babagana Monguno, visited him on Sunday.

Gunmen had invaded the school on Friday night, shooting into the air to scare away people in the area, giving them the opportunity to abduct many students.

Some people including parents of the abducted students took to protest on Sunday over the abduction and demanded immediate rescue of their children.

This came as Northern Governors Forum (NGF) condemned the Saturday’s attack by bandits on the school, describing the development as “unfortunate, regrettable and intolerable”.

The school is said to have a population of around 800 students. The police said when the gunmen attacked the school; some of the students scaled the fence to escape.

Spokesman for the Katsina Police Command, Isah Gambo, had earlier said 200 students were rescued as of Saturday morning.

On Saturday evening, Spokesman for President Muhammadu Buhari, Garba Shehu, said the armed forces had located the hideout of the bandits in a forest.

The president directed the security agencies to ensure the rescue of the abducted students and urged parents whose children fled home during the attack to notify the school.

The protesters in Katsina on Sunday demanded the immediate rescue of students abducted by bandits.

The protest was led by a woman who identified herself as one of the mothers of the abducted students.

They went around the school’s premises and some parts of the town with placards showing messages such as ‘Government must speak out’, ‘We want our children back’ and ‘We want security in Kankara’.

The Northern Governors Forum also condemned the attack and said through their Chairman and Governor of Plateau State, Simon Lalong, in a statement signed by his Director of Press, Dr Simon Macham, that they remained solidly behind the security agencies in the pursuit of the bandits to ensure that normalcy was restored and the abducted students rescued.

They appreciated the directive by President Muhammadu Buhari to the security forces to deploy every available resource needed to deal with the situation.

They also expressed solidarity with the Governor of Katsina State, Aminu Bello Masari, the government and people of the state and urged that everything possible should be done to ensure that no student was left behind in the bandits’ captivity or harmed

Lalong said the prayers of the forum were with the families of the students, the school authorities and called on the citizens to volunteer useful information to the security agencies and relevant government bodies to assist in the quick arrest of the situation.

Coalition of Northern Groups had earlier threatened to mobilise students and youths to go on protest in if the abducted students were not rescued on time.

Chairman of the North-West zone of the group, Jamiu Aliyu, who addressed a press conference in Katsina, said, “We condemn in totality this barbaric act and call for the immediate arrest and prosecution of the culprits, we equally stress the inability of the government to protect those young, innocent, vibrant students from this horrible attack as uncalled for.

“Failure of the government to rescue the missing students within a shortest period of time, CNG will not hesitate to mobilize hundreds of thousands on the streets of Katsina state for a continuous protest, until the students are fully rescued, even if it’s going to cost our lives.”

Meanwhile, the Inspector-General of Police, Mohammed Adamu, has ordered the deployment of additional forces to Katsina to assist in the rescue operations.

“The deployment, which includes personnel from the Police Tactical Squads and crack detectives from the Force Intelligence Bureau, will provide investigative support to the Katsina State Police Command,” a statement by the Police spokesman, Frank Mba, said.

Related Topics:abductionBanditsFeaturedKatsina schoolboys
Up Next