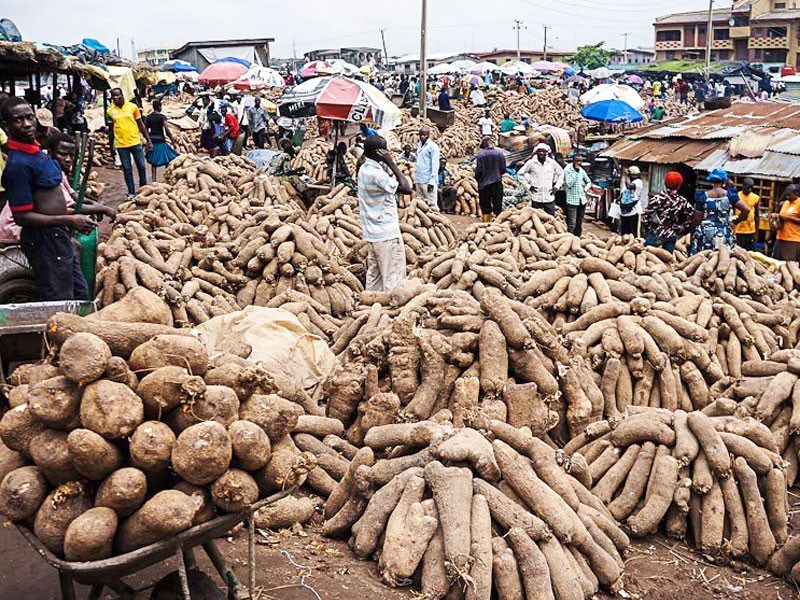 The Federal Government says it is establishing production and storage centres for yam in many states such as Oyo, Ekiti, Nasarawa, Niger, Benue and Kogi.

Minister of Agriculture and Rural Development, Alhaji Sabo Nanono, stated this at a yam stakeholders’ meeting in Abuja.

The minister, represented by a director in the ministry, Mrs Karim Babangida, said the ministry was already enlisting the active participation of state governments, youths, women and other key stakeholders to boost capacity and production in the sector.

He said, “The ministry on its part has included yam as a priority crop in 2020 fiscal year out of over 28 crops being promoted in the ministry.

“This year, the ministry has established an aeroponics system in Oyo State for the production of clean seed yam; established cold storage facilities in Oyo, Ekiti and Benue states; construction of modern yam storage facility in Nasarawa State has been completed.

“In addition, the ministry has introduced dry season yam farming using Benue and Nasarawa states as pilot states while plans are under way to distribute seed yams to farmers in Kogi, Niger and Taraba for dry season farming.

“The ministry is collaborating with relevant Research Institutes for the production and distribution of disease free foundation seed yam and value addition. These efforts are aimed at developing the yam sector while cushioning the effect of COVID-19 pandemic.”

He said the last restriction of movement negatively affected the food supply chains, incomes and livelihoods in the country.

“Since smallholders are the most vulnerable, it become imperative for the government to bring together stakeholders in the yam sector in order to chart the way forward along the value chains so as to cushion the effect of the COVID-19 pandemic.

“It is hoped that this effort and other complementary interventions by different stakeholders will make the government to increase the resilience of farmers and the national food systems in general,” he added.

“Understandably, therefore, if we must sustainably feed our teeming population of about 200 million people and our neighbouring countries that rely on Nigeria for some of their food requirements; the yam sector must be developed along its value chain,” he noted.

The minister, however, expressed hope that the suggestions emanating from the meeting would guide the government to improve more on the current attention given to yam development in the ministry.