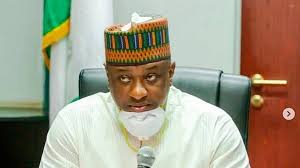 The Federal Government has said the 774, 000 Special Public Work (SPW) jobs will now commence on January 5.

Minister of State for Labour and Employment, Festus Keyamo, stated this on Sunday in Abuja.

The programme, designed for artisans to do public work for three months for N20,000 per month, had suffered a setback due to conflict between the minister and a former Director-General of the  National Directorate of Employment, Nasir Ladan, who was sacked last week by President Muhammadu Buhari.

The minister said the programme ran into some hiccups, hence the delay in the commencement.

The sacked Ladan reportedly worked with the National Assembly to undermine Keyamo who is the supervising minister.

Twice, the Federal Government had announced a new date to start the programme designed to employ 774, 000 Nigerians in the 774 local government areas but had to be suspended, despite the release of N26 billion as stated by Ladan and procurement of equipment.

Keyamo said an official announcement would be made on Wednesday after the end of the Federal Executive Council (FEC) meeting.

The minister said he expected the programme to go on smoothly with the exit of Ladan.

“The programme will run from January to March 2021 which is pure dry season. So, we are ready. All the obstacles have been removed.”

Related Topics:774 FG jobsKeyamo
Up Next