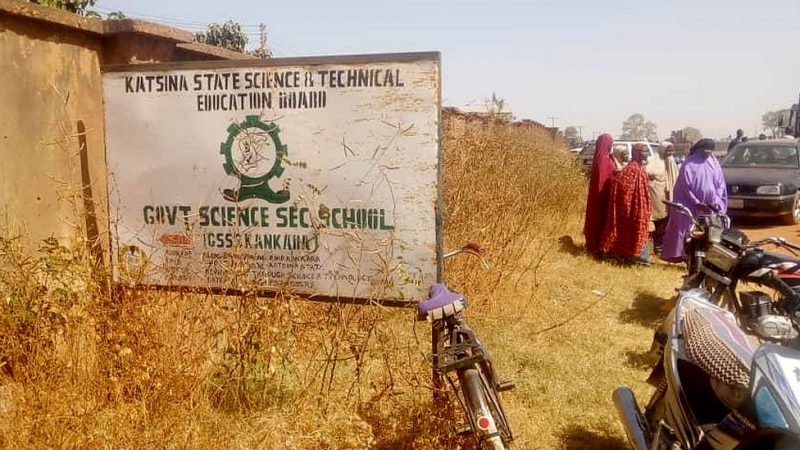 One of the abducted students of Government Science Secondary School, Kankara, Katsina State, who later escaped, says 520 of them were led to the bush by the gunmen.

Bandits invaded the school Friday night, shooting into the air to scare away people in the area.

“Based on the available records, we are still searching for 333 students through either the forest or their parents to ascertain the actual number that have been kidnapped,” the governor had said.

But presidential spokesman, Garba Shehu, said some of the abducted students who escaped told the military that 10 of them were taken away by the gunmen.

Shehu, however, added that the figure had not been verified.

Speaking with BBC Hausa on Monday, the 17-year-old student whose father did not want his name published, said the incident happened on Friday around 9.30pm.

“Everyone came out and we ran up the wall. After we climbed the wall, they used torchlight and told us to come back,” he said.

“After we were taken into the forest, one of them ordered us to stop and count before continuing our journey. They asked one of us to count and there were 520 students.

“We kept walking in the bush. We were pushed and beaten. We spent the night walking. Thirty minutes before dawn, we were told to rest.

“After they sat us down, I leaned back a little. I found the side of a tree and I turned my back on them. I lay down and straightened my legs.

“After everyone left, I came out crawling and looking until I entered the city.”

The student added that his escape was the result of divine intervention.

Related Topics:Katsinaschool attack
Up Next