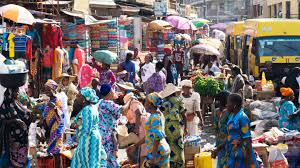 The Manufacturers’ Association of Nigeria, the Lagos Chamber of Commerce and Industry and other economic groups have said Nigeria’s economy is still fragile and cannot survive another lockdown.

They stated this in separate interviews against the reported ride in COVID-19 cases in the country, just as some states including Lago and Kaduna have threatened to shut down their public spaces and the economies if people continued to ignore the recommended guidelines against the virus spread.

Nigeria’s economy slipped back into recession after its gross domestic product contracted for the second consecutive quarter, according to data released by the National Bureau of Statistics in November.

The Federal Government imposed lockdown in Lagos and Ogun states as well as the Federal Capital Territory in April this year.

The phase three of the lockdown, which was extended to other parts of the country, ended in September.

But there have been concerns about the increasing coronavirus cases with at least 26 generals and the Lagos State Governor, Babajide Sanwolu, testing positive for the virus. The Nigerian Army had also said a general, Olu Irefin, died of the virus.

The Director-General of the LCCI, Dr Muda Yusuf, in an interview with The PUNCH, said a second lockdown was not wise considering the current state of the economy.

He stated,  “A second lockdown is not advisable.  The social and economic environment is too tense and fragile to withstand the shock of another lockdown. What needs to happen is to intensify the sensitisation and awareness of COVID-19 protocols.  Some subtle enforcement should also be put in place.”

Also, the acting Director-General of MAN, Ambrose Oruche, said the state of health of Nigerians was of paramount importance and the spread of the coronavirus should be prevented.

He, however, noted that it was not advisable for the government to introduce a complete lockdown considering the fragile state of the economy and the need for people to earn a living.

He advised the government to ban large gatherings and enforce the Nigeria Centre for Disease Control protocols like the wearing of facemasks, regular hand washing and observing of social distancing.

President, Nigeria-Malaysia Business Council, Michael Aderohunmu, said it would be counterproductive to lock down the nation’s economy again.

He said, “We are talking about productivity, humans produce and consumed products. You can see the last effect of the lockdown on the economy. Consumption crashed and most products were short in the markets.

“So humans should not be locked down again, rather massive advocacy should be done. If people don’t go to work again, the effect will be devastating on production, consumption and the economy.”

The National Vice President, Nigeria Association of Chambers of Commerce, Industry, Mines and Agriculture, who doubles as the President, Petroleum Products Retail Outlets Owners Association of Nigeria, Billy Gillis-Harry, stated that a lockdown would not mean well for production in Nigeria.

Related Topics:COVID-19Nigeria's economy
Up Next