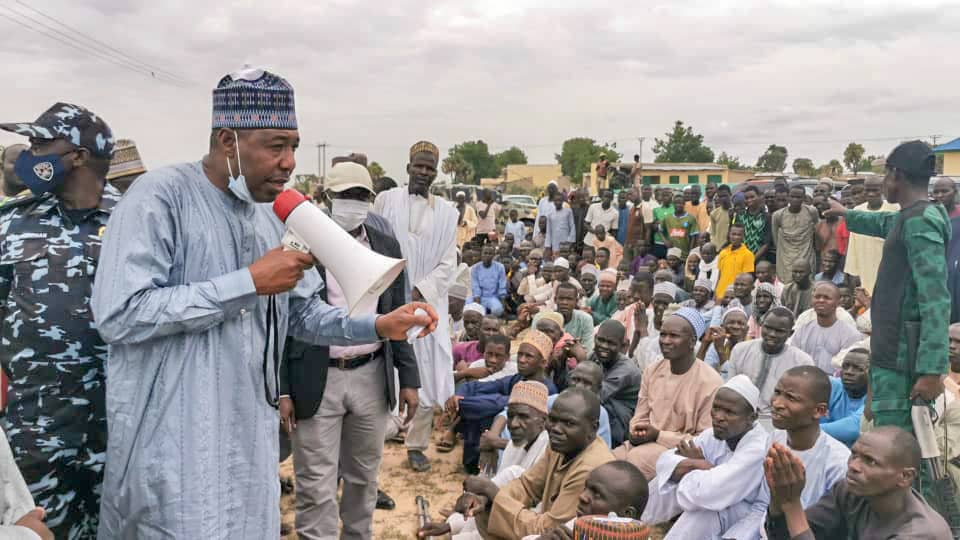 The governor, who had crossed over the Lake Chad on Tuesday to the refugee camp in Baga Sola, interacted with the refugees and supervised the distribution of N50m to 5,000 families as part of the state government’s social protection programme.

The refugees majorly Borno indigenes had fled to Chad following the attacks on their communities by Boko Haram since 2014.

Zulum spoke with journalists after the meeting with President Debby held at the presidential palace in N’Djamena, saying, “I am here in Chad to see our people currently taking refuge at the Darsalam camp in Baga Sola. We met them on Wednesday. Our people are doing very well.

“The government of Chad is taking care of them. So I am here to express appreciation to the President for his generosity towards our people here in Chad. We have also discussed how we can voluntarily repatriate our people back to Nigeria.

“Basically we are here for three things: meet our people, thank the government of Chad and intensify collaborative efforts to repatriate those who are willing to be safely resettled in different parts of Borno.” Zulum said while briefing reporters after the meeting.

Other families fled local government areas in northern Borno and some extreme portions of Borno central located around the border with Cameroon through which Chad is accessed by land.

Governor Zulum was in Chad in January to meet commanders of the Multinational Joint Task Force over fight against Boko Haram.

Zulum had visited Cameroon and Niger Republic at different times to meet Borno citizens taking refuge in the three neighbouring countries with land borders connecting Borno from different angles. During all of these trips, the governor supervised the distribution of food items and financial support to thousands of refugees and extended gratitude to host communities and government at the local and national levels of the three neighbouring countries.