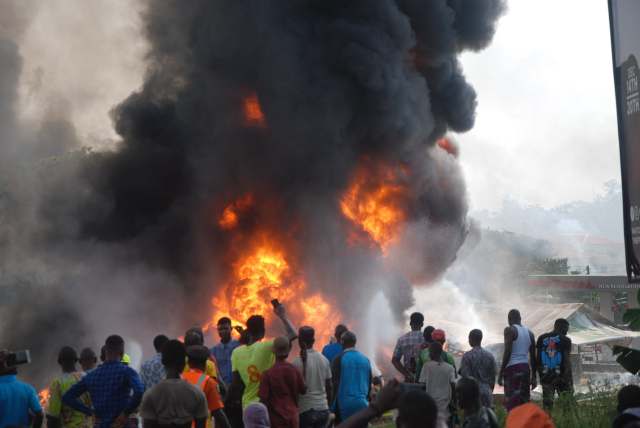 A petrol tanker exploded in the Iyaganku area of Ibadan, the Oyo State capital on Friday, causing gridlock in many roads leading to the area.

The incident, which happened close to a petrol station also caused panic among road users and residents of the area.

The fallen tanker, which later exploded, did not lead to loss of lives, it was learnt.

Roads leading to the scene of the explosion were said to have been cordoned off causing gridlock along Dugbe, Ring Road, and Iyaganku areas in the state capital.

It was learnt that the tanker, which fell around noon, caught fire about two hours later.

He said, “A tanker fell this afternoon and it eventually caught fire. Our men are there to control the traffic.”