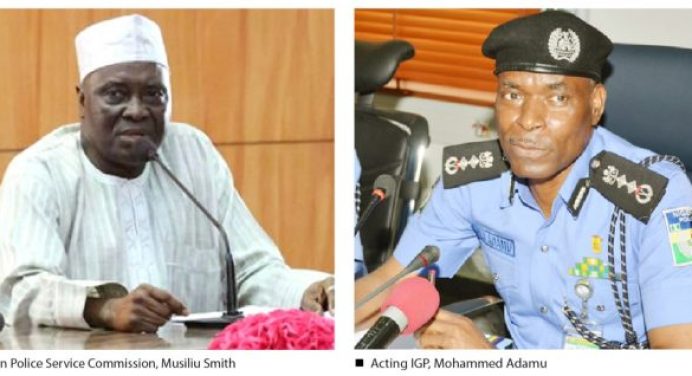 The announcement of the new promotion made on Friday by the Police Service Commission, also included 13 commissioners of police elevated to the position of assistant inspectors- general of police.

This is coming about 24 hours after the Inspector-General of Police, Mohammed Adamu, approved the promotion of 4,134 traffic warden officers to their next ranks.

The new DIGs were expected to represent their geo-political zones in the Police Management Team.

A statement by the PSC spokesman,  Ikechukwu Ani, said the decision was taken at the meeting of the commission in Abuja.

The statement read in part, “The 23 Deputy Commissioners of Police promoted to the next rank of Commissioner of Police include, retired DCP Godwin Job; DCP OPS, Kwara, Abimbola Shokoya and DCP Administration, Bauchi, Christopher Owolabi.

The police commission also elevated 21 officers who lost their lives during the #EndSARS protests and another 121 officers injured during the crisis.

The PSC Chairman, Musiliu Smith, who presided over the meeting, enjoined the beneficiaries to rededicate themselves to the service of their fatherland.

He promised that the commission would continue to ensure that promotion of deserving police officers “will be prompt and merit-driven.”

The Inspector-General of Police, Mohammed Adamu, has approved the promotion of 4,134 traffic warden officers to their next ranks.

This was contained in a statement on Thursday, by the Nigeria Police Force spokesman, DCP Frank Mba, titled, ‘IGP promotes 4,135 traffic Warden officers.’

It stated, “The IG notes that the promotion of the officers is part of the ongoing efforts by the Force to ensure that deserving personnel are promoted accordingly, to encourage hard work and further entrench the culture of merit, excellence and dedication to duties.” 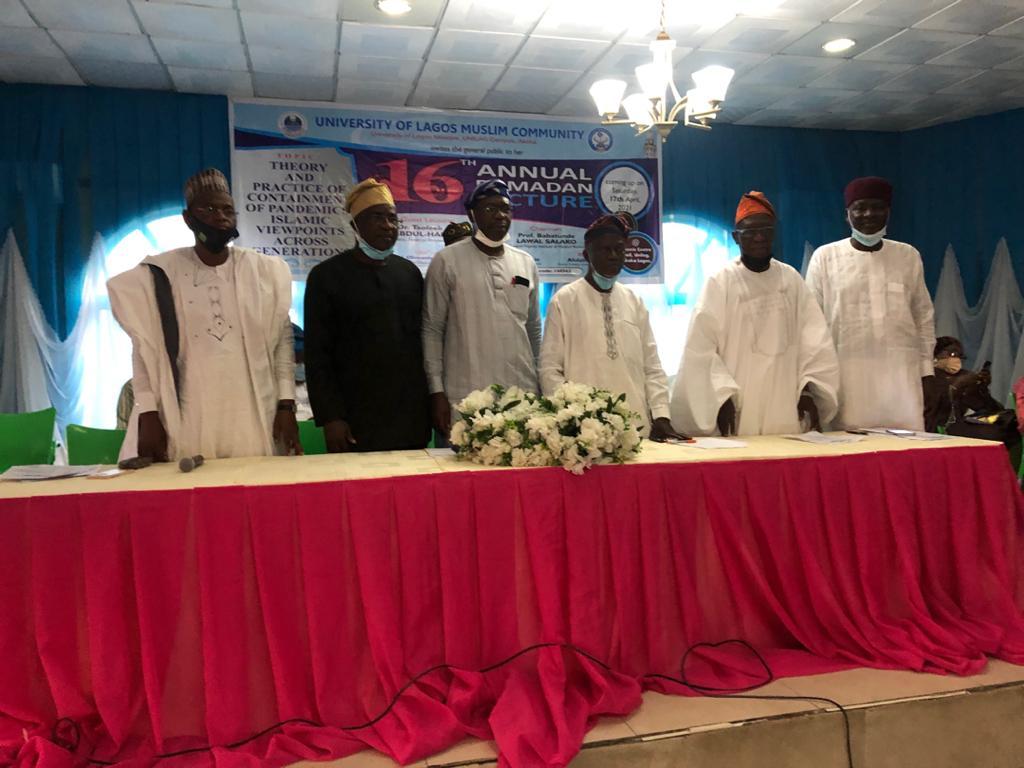 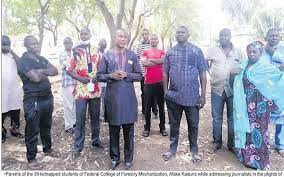 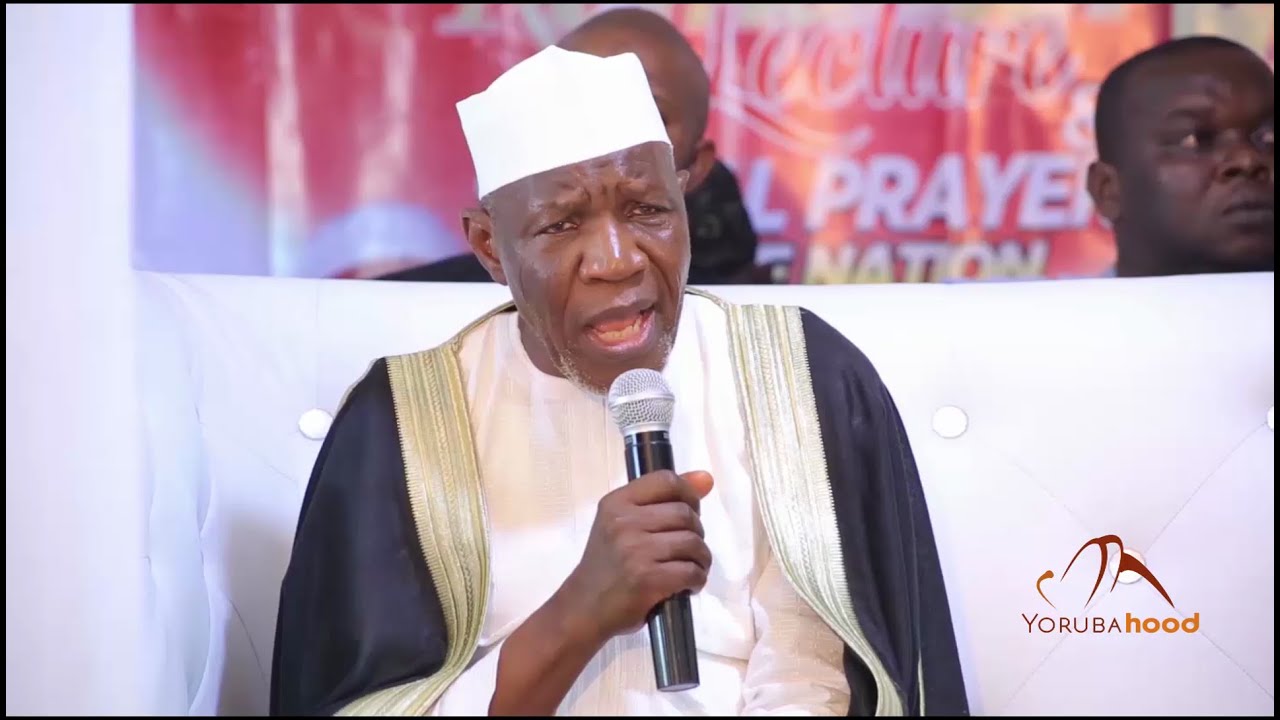 The Oyo State chapter of the Peoples Democratic Party has lashed out at a popular Islamic cleric, Sheikh Muhydeen Bello, for condemning the Governor Seyi Makinde-led government.

The party, which described the cleric’s comments as ‘uncharitable and unfair’, said his criticism of Makinde was inspired by the Tafsir’s royalty he reportedly received from organisers of the event, adding that everything the cleric said against the present administration was against the true teachings of Islam, the spirit of Ramadan.

PDP in a statement on Thursday by the party’s spokesperson in the state, Akeem Olatunji, said the rapid infrastructural developments being undertaken by Governor Seyi Makinde’s administration are very visible, even for the blind to see.

The Islamic preacher, while delivering a sermon at the first annual Abiola Ajimobi Ramadan lecture, stated that there had been no visible development in the state since the new government took over power.

Oyo PDP said despite the absence of COVID-19, EndSARS protest, Fulani herdsmen crisis and other security health and security challenges during the last administration era, the APC government still owed not only workers but also the aged and retired workers.

The PDP statement read in part, “Our attention as a party has been drawn to some very uncharitable, unsubstantiated, unfair, and financially inspired sermon credited to Sheikh Muhydeen Ajani Bello at the annual Abiola Ajimobi memorial Ramadan lecture which held on Wednesday 14th April in Ibadan.

“We ordinarily would not have given a reply a thought out of respect for the spirit of the holy month of Ramadan but we chose to put records in proper perspective by reacting to the commercial sermon so as to avoid the cleric creating wrong impressions in the minds of our beloved Muslim brothers based on the sensitiveness of the commercial sermon and its consumption.

“First of all, considering the Holy month of Ramadan in which Muslims all over the world are humbly observing fasting, any true cleric is charged with the duty of spreading the gospel of love, peace, and the truth will intensify sermons on lifting the already down spirits of Nigerians who have already gone through a lot under the present APC led federal government, so much that the call to divide Nigeria by some sections of the country reached its record peak.

“The good people of Oyo State who had perhaps expected to hear a soul-lifting sermon from the cleric would by now be left in serious disappointment because the present government which the Sheikh Bello tried fruitlessly to discredit was enthroned by the people who rejected APC in its entirety by not only throwing out their government and with the various heart-rending activities of herdsmen on farmers and bandits on the Nigeria people, it’s preposterous that Sheikh Muhydeen Bello has failed to call out the non-performing President Muhammadu Buhari-led Federal Government but condemning instead of praising a super performer like Governor Seyi Makinde.

“Government is indeed continuum and as much as we are constrained to abstain from speaking at all about the dead we are compelled to make certain clarifications for the purpose of education and a better understanding of how other western countries develop.

“The present PDP government under Governor Makinde believes strongly in purposeful leadership which is why it is strategically making necessary corrections on rehabilitation and reconstruction of critical infrastructures where the last administration failed to deliver on quality and durable ones instead of abandoning them and starting up new ones to gain cheap political scores like APC would do.

“For the sake of records and emphasis, our dear Governor has attained a high level of public acceptance and street credibility as Seyi Makinde who in the midst of the youth restiveness and ravaging EndSARS protest walked confidently and boldly among the angry youths to cart way forward.

“On the issue of legacy, what tangible legacy and positive developments is he ascribing to an Ajimobi administration which left the state in unprecedented debts without tangible projects to show for it?’ Also, right in the city of Ibadan, the state capital, the evidence of decay, abandoned projects and lack of foresight by the administration the sheikh was praising are more than evident.

“Which development is he talking about when the Ajimobi regime abandoned the Moniya-Iseyin road, leaving farmers and farm produce from the food basket of the nation prostrate?” On top of that, the Ajimobi led APC government awarded a failed project that wasted N2bn of Oyo’s hard-earned money.

“What positive development is in a government that abandoned Agbowo to rot away and was on the verge of converting the edifice to private use but for the providence that brought GSM?

“Despite the daily suffering of our people on that axis, did the Sheik travel on Iseyin road before making that statement? What about the abandoned onipepeye/Alaska Airport road that was abandoned in the eight years of Ajimobi? Will the Sheik say he didn’t see anything about junction improvement around Challenge, the bus terminals in Iwo Road and, challenge and Ojoo? Is he blind to the light-up projects phase one and 2; the massive rehabilitation of the 299 primary health care centres and the unique initiative being displayed in the management of state finances leading to a 26 per cent increase in IGR?

“Since Sheikh has suddenly found his voice to justify the money received from the organizers of the memorial lecture to deliver a sermon during this holy month, we advise the commercial cleric to channel his energy to join his voice with other Nigerians clamouring for good governance from the APC-led Federal Government before the divisive elements calling to divide Nigeria have their way because Seyi Makinde is already leading the way by exemplary leadership.”