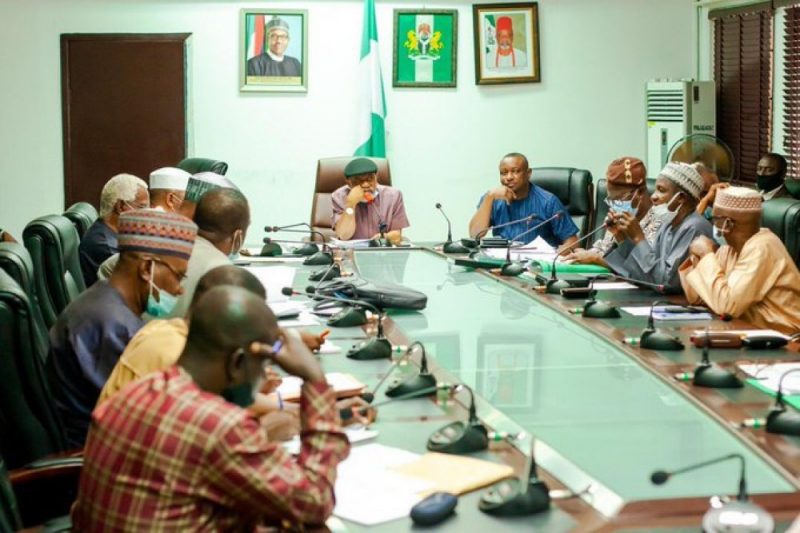 University students in Nigeria can now heave a sigh of relief as the Academic Staff Union of University, on Wednesday, announced the suspension of its nine-month old industrial action.

National President of ASUU, Biodun Ogunyemi, made the announcement during a briefing of the union in Abuja.

Minister of Labour and Employment, Chris Ngige, on Tuesday, had hinted that the prolonged strike by the university lecturers would be called off before January 15.

He also said in an interview on Wednesday that part of the agreement between the two parties was that the lecturers would conduct virtual teaching and restart academic activities before the January 18 stipulated by the Presidential Task Force on COVID-19.

Ogunyemi said ASUU’s decision to suspend the strike came after its National Executive Council (NEC) had at an emergency meeting ratified the agreements reached with the Federal Government at a meeting held on Tuesday which addressed most of the demands of the union.

He said that a committee had been set up to monitor the implementation of the agreements.

“On the basis of this, the National Executive Council meeting has decided to suspend its strike today. But we will not hesitate to resume the strike if government fails to keep to the agreement,” he said.

Ogunyemi noted that the actual day for the reopening of the schools, considering the COVID-19 pandemic, would be decided by the Federal Government and Senate.

He thanked the students and their parents for their understanding throughout the nine-month strike period.

He said, “No amount of sacrifice would be too much to get the matter resolved as long as the government is consistent with its commitments.”

When asked if the government had kept its promise to start payment of salaries arrears of ASUU members, Ogunyemi said that it had started.

He said it was also agreed that no ASUU member should suffer any loss of deserved benefits as a result of participation in the strike.

He said the union resolved to pursue the areas in the ASUU-FG agreement of 2009 and Memorandum of Action 2013 that require legislation such as the mainstreaming of the Earned Academic Allowances (EAA) into the annual budget and amending the National University Commission (NUC) Act 2004.

Ogunyemi listed key demands of ASUU for which an agreement was reached to include, the immediate release of earned academic allowances and mainstreaming of the EAA into the annual budget, using the agreed formula, to immediately engage the universities and other research centres in the fight against COVID-19.

As part of the agreement, according to him, the Federal Government is to expedite action on the test processes and ensure the deployment of the University Transparency and Accountability Solution (UTAS), the union’s preferred alternative for the payment of salaries in the university system.

He said the integrity test on UTAS was at the last stage now.

In addition, he said that ASUU expected the government to fast-track the FG-ASUU renegotiation to ensure its conclusion within the timelines agreed by both parties.

Ogunyemi said, “ASUU has undertaken to go back to classrooms, laboratories to do our best for our students and our country. We are going back to rekindle the motivation and aspirations in our members to strive to encourage our students to excel, all in expectations that governments, both federal and states, will sincerely fullfil their own part of the bargain.”

He listed some of the key demands tabled by ASUU, and which ignited the current strike, to include funding for revitalisation of public university infrastructure, earned academic allowances, withheld salaries, proliferation of state universities, visitation panels, reconstitution of the government re-negotiation team and the replacement of IPPIS with UTAS.

Ngige, also giving an insight into the agreement with the union, said ASUU accepted that lecturers would do extra time to recover the lost ground.

He said, “The Senate of the universities can arrange for virtual teaching to commence in the first week of January, next year. It is a win-win situation for everybody.

“We want to congratulate all Nigerians the parents, the National Assembly and ASUU for the resolution of the dispute. For both sides, it’s a conditional foothold because while the Federal Government pledged to fulfil its part, ASUU also promised to do extra work so that lost time would be recovered . They also pledged in the agreement to do virtual teaching.”

He also spoke on the amount released to ASUU and the universities under the agreement, saying the FG had approved the release of N40 billion for earned allowances to all categories of staff in the universities.

“It is not money for dash; the university vice chancellors will scrutinise the process and ensure that only staff that merited to be paid are allowed to partake in it,” he added
Ngige, however, said the government would release N30 billion revitalisation fund to the universities by January, adding that government would not give ASUU any excuse to go on strike again.

He promised to ensure the government keep its part of the agreement.