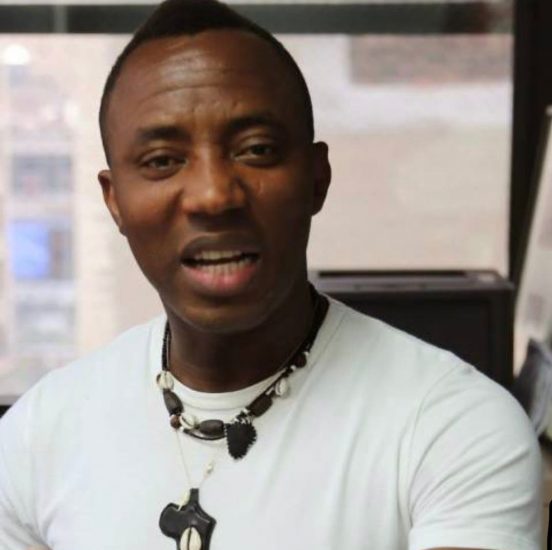 Rights activist and former presidential aspirant, Omoyele Sowore, has been arrested in Abuja.

Sowore and other activists, according to Sahara Reporters, were carrying out a peaceful procession to mark the New Year when they were arrested by security forces in Abuja.

According to the report, eyewitnesses said policemen suspected to be with the Rapid Response Squad stormed Gudu junction in Abuja, injuring Sowore before taking him away with other activists.

The convener of the #RevolutionNow Movement and other protesters were almost done with the procession when security operatives rounded them up.

A source said they were taken to Abattoir police station in Abuja, where they are being detained.

Earlier, Sowore had in a tweet called for the protest across the country.

“How about a CrossOver Protest/Uprising tonight? Anyone willing to participate? Pick up a candle and a placard showing your grievances against the regime; let’s upload our short videos and photos across our SOcial Media platforms. Let’s welcome the regime to a RESOLUTE 2021!” he tweeted.

In August 2019, Sowore was arrested by the Department of State Service (DSS) for planning a nationwide protest.

He spent 141 days in detention before he was eventually granted bail, with a condition restricting him from travelling out of Abuja.

We will humiliate terrorists this year – Buratai