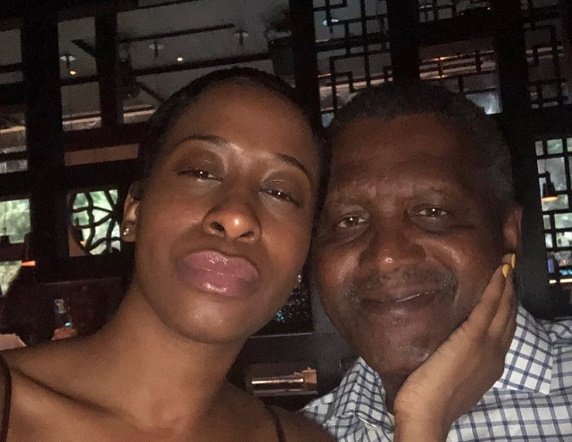 A lady, who claimed to have dated Africa’s richest man, Aliko Dangote, has taken to her Instagram page to narrate how she was jilted and left heartbroken.

The lady, identified as Bea Lewis, recounted on Thursday how the influential businessman “broke my heart in 1,000 pieces” long after their romantic escapade.

According to TheCable, the lady’s post which appeared to be a reflection of the year 2020, also came with pictures of herself, which included a photo that showed her caressing Dangote on his left chin.

Apart from the headline, which conveyed this betrayal message, there appears nothing in the body of the post suggesting that the business mogul was hard and cruel to the lady.

For instance, Lewis, with the Instagram handle (@Iambealewis), said that dating Africa’s richest man earned her a consistent fitness regime and had her become vegan.

She added that being with Dangote also got her a profitable stock portfolio, changed her perspective on work ethics, and upped her overall financial portfolio.

She stated, “I dated the richest black man in the world. He broke my heart in 1000 pieces. I learned more from him than any person I’ve ever met. Communicating with a billionaire daily makes you see the world differently.

“I became more organised and finally am able to step away from the daily kitchen operations. I learned love without strings. Give your best without expectations. Nothing is forever.

“I realized a half a million-dollar restaurant project was a bad investment. I purchased two properties. I started a consistent fitness regime. Became vegan. Obtained a profitable stock portfolio.

“He changed my perspective on work ethic and patience. Once my mindset changed the universe gravitated me to people that uplifted me and increased my net worth mentally and financially. To 2021 and powerful encounters.”

Lewis also shared what appeared to be a stock certificate alongside videos of herself in the gym.

First time I’m seeing a lady put up a sweet note about someone who shattered her heart.

No curse, No regret coz what ? He’s Dangote the richest Blackman

Me: Dangote why did you break her heart?

Dangote: I wanted to test my new cement🤣🤣 pic.twitter.com/z4xUAy6iMW

Her: Dangote, you just broke my heart

Even with his busy schedule Dangote still found time to break hearts, what’s your excuse? 💀 pic.twitter.com/xQlM1vwKR5

Dangote is single tho but the main story here is how ladies can’t move on quietly without making a mess plus She won’t do this if he wasn’t a billionaire.. “I dated the richest black man” smh https://t.co/XLUub5a8G3

Dangote’s ex Side chick just called him out…. pic.twitter.com/7LPKJ0TSpV

Dangote had a side chick???

The babe no even fine…😩

Lmao so Dangote has a side chick?😳

I guess burna boy was wrong because no be money dangote dey find, Nah babe🤣

Even Dangote collect him drag before 2020 end. What a year😂😂 pic.twitter.com/6yFsyBn06o

Aliko Dangote has a Side Chic wow 😳 pic.twitter.com/SVNp0NKVWa

Dangote still found time to break someone’s heart this year. What is your excuse? 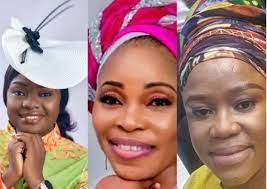 Popular gospel singer Tope Alabi is under fire following her criticism of colleague Adeyinka Alaseyori over her popular hit song titled ‘Oniduro Mi eseun o’ (my guarantor, I’m grateful).
The song was one of the most played in 2020 and Alaseyori is still the reigning gospel singer.
Many fans had alleged Tope Alabi’s criticism was based on envy.
In a video making the rounds on social media, Alabi had descended on the song by Alaseyori, saying it was meaningless and not inspired by God.
She had said during a song ministration in a church, “What kind of song is that? God is not my guarantor; He is more than a guarantor.
“Although I have tried to correct the singer (who isn’t the original composer) but she got angry. I loved that song but when I tried to sing it the Holy Spirit told me to shut up.”
Alabi’s comments had also drawn a reaction from her colleague Sola Allyson, who took to social media to air her view.
Allyson insisted God is the ultimate guarantor.
She said, “For me and many souls which connect to this song, Oníìdúró mi, we have stories which clearly show that we would have been forgotten long ago if not for the guarantor side of The FATHER that was expressed in our lives.”
She also said, “I commend Yinka for making the song more accessible to souls all over the world and I wish her more help in all her doings.
“The song tells the story of many of us who had no backing from anyone and none to rest on or be as hiding place as to what our tomorrow would have been.
“I first heard this song years ago from Mama Bola Are at my home-out-of-home, @agape_pground in Akure and I immediately connected with it because, me, I would have been ridiculed and deserted and forgotten! The song helps me express my gratitude in that respect very succinctly.
“I have come to learn that we understand the concept of GOD differently, depending on how we were “given” and how much we are granted to see as we make effort to dig deeper. And that’s why I live my life devoid of divides which different abilities in understanding breed.”

Earlier this week, Rolls-Royce unveiled its first coachbuilding project in a long time and the first in a series of three nautically-based commissions. It’s called Boat Tail and it’s an outrageous, gorgeous and painfully expensive vehicle that’s already secured the title of the most expensive new car in the world.

Boat Tail is not just the priciest new car in the world and the next step in bespoke for Rolls-Royce, but also a true engineering wonder. It finds inspiration in nautical designs and is meant to be more than just a means to a destination, but the destination itself, through the inclusion of a stunning picnic set in the rear, which deploys at the touch of a button. This sounds gauche in writing, so think of it as a picnic set that took 4 years and $28 million to bring into reality, to be enjoyed on the Cote d’Azur.

So, this brings the question: who commissioned such a vehicle? Rolls-Royce, for one, would only say that the “patrons” are a power couple known worldwide both for their work and their art curation. “Their desire was to create a response to a life of hard work, success achieved, and celebration required,” the marque said earlier this week. “Their Rolls-Royce Boat Tail should be joyful, a celebratory car to enjoy with their family.”

The same release noted that blue was a favorite color for the two patrons, as was a shared love of fine champagne. They like their champagne to be cooled down exactly to 6 degrees Celsius, which led to the incorporation of a fridge in Boat Tail that did just that with extreme accuracy.

Industry reports are naming this power couple as Jay Z and Beyonce and, based on the tidbits offered by Rolls-Royce above, the description matches. They’re both passionate about boats, love champagne and have an outspoken adoration for everything blue ever since their daughter Blue Ivy was born. “It’s thought this fantastic car has been commissioned by Beyonce and Jay Z, with all its detailing matching their favorite things,” a spy tells The Telegraph. Rolls-Royce would not comment on the report.

Most importantly though, with a combined net worth of $1.9 billion, Jay and Bey are wealthy enough to afford to spend a fortune on a bespoke car they’ll probably take picnicking once. 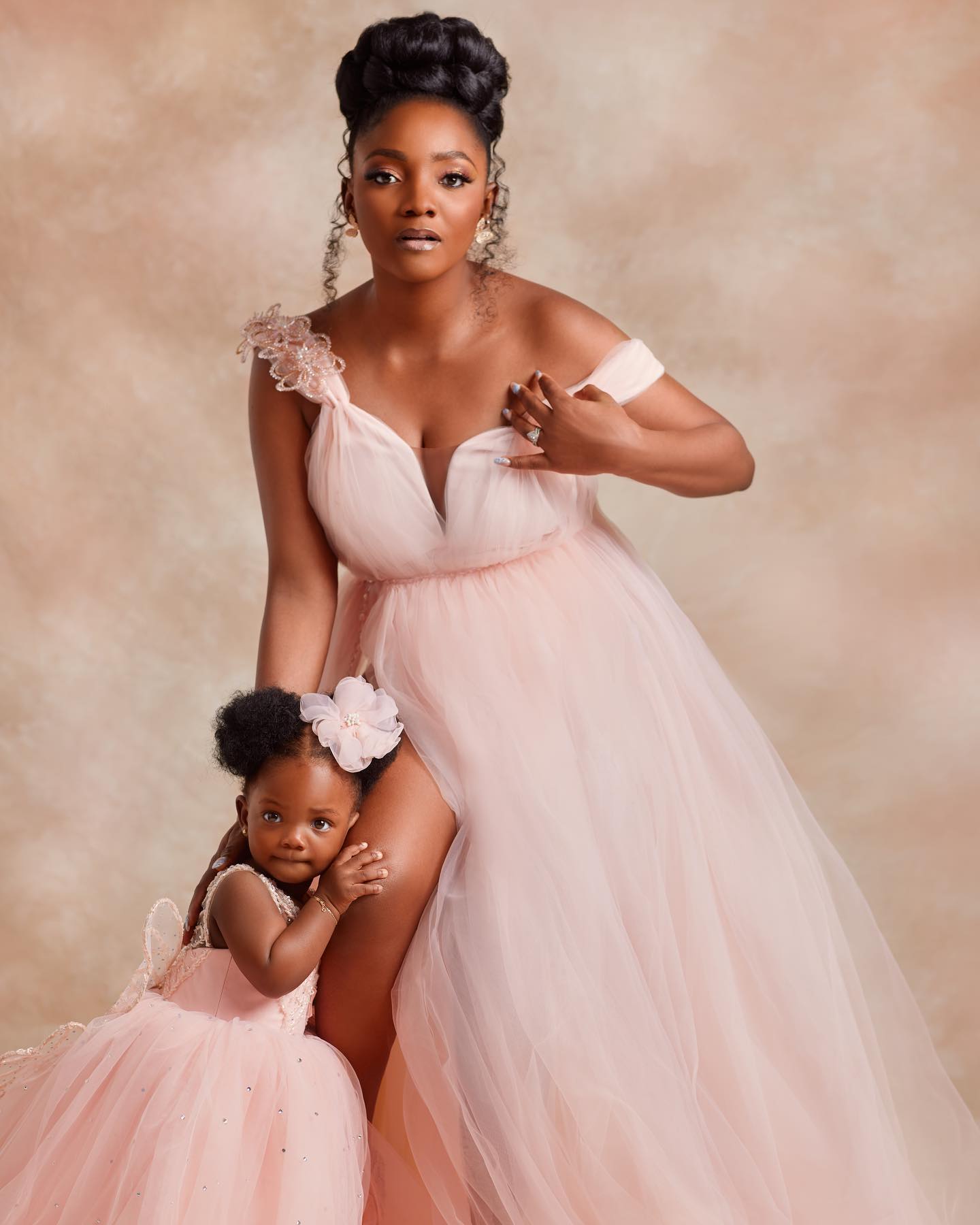 The singer took to her Instagram early on Sunday morning to share adorable photos of her baby girl.

In the photos, Adejare wore a off the shoulder dress for the her birthday photoshoot.

Taking to the caption, Simi described her daughter as “Blessed fruit of my womb. Drinker of my milk. Climber of my body. Sleep stopper. Scatterer of my things. Best dancer. Blessing bringer.”

Simi said that she is literally choking with love for her baby girl.

Her post read in part, “Blessed fruit of my womb. Drinker of my milk. Climber of my body. Sleep stopper. Scatterer of my things. Best dancer. Blessing bringer. Lil Miss I-have-a-mind-of-my-own. Overall best in eating paper. Cheerful Giver even when I don’t want. Beauty Queen. My little butterfly. My Child. Omo mi. Ayanfe mi. Onife mi. Love of my life. I love you so much Adejare. So much. You’re the best thing in all my life. You make me so proud of myself. I would do anything for you. Everything. For you. You will never doubt that no one in the world could possibly love you like I do. Sometimes I will do too much, but it will be because I love you too much.

“As I write this, I’m watching you watch some baby show and Déjà – E CHOKE!!! Literally choking with love for you my girl. I wanna cry because Ayo mi, you make me so happy. I’m so blessed to know you and have you in my life. I’m so incredibly favored to experience your smiles and giggles and the noises you make to embarrass the whole family on the aeroplane. With that your two teeth. Even people that have 32 no reach my princess. I foh for you Deja.

“I bless you with my heart, with my love, with my spirit. As your mother, I bless you in the way that only a mother can. I bless you truly, completely, unconditionally. You will never suffer. You will never lack any good thing. Favour will never leave you. Anyone that knows and encounters you, from near or afar will bless you. You are the light of the world my angel. Evil will not see you. God is for you – Nothing against you can prosper. I shield you with the angels of God. All your life, you will abide under the shadow of the Almighty. You will know and love God for yourself. I cover you with the LOVE God has intoxicated me with for you. Glory to God for the testimony of you. All in the name of Jesus Christ.

“My baby is ONE. Oh My God.  I’m so excited to see you Blossom and Grow. Your Nana has been an incredible mother to me, and by the grace of God, I will surpass that and be an even better mom to you. Your dad and I are so proud of you. He looks at you often and says to me “Baby, look what we made.” And really, look what we made. Happy birthday baby.”