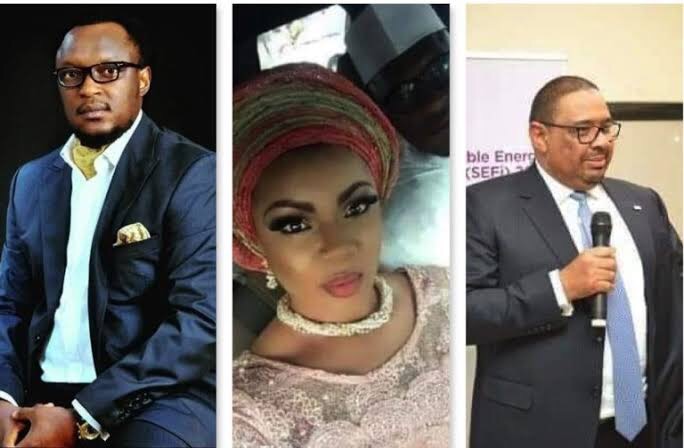 First City Monument Bank has come under intense pressure to sack its Managing Director, Adam Nuhu, accused of twice impregnating his subordinate in the office, Moyo Thomas, a wife of another FCMB worker, Tunde Thomas.

The discovery by Tunde Thomas that he is not the father of his two children was said to have led to depression and his eventual death. Some are accusing the FCMB MD of being responsible for his death.

Although about 1,500 people have signed a petition sent to the Central Bank of Nigeria (CBN) calling for the sack of Nuru for alleged unethical behavior, the bank’s authorities currently investigating the matter may find him blameless under its rules.

The bank in its latest reaction dismissed the allegation as baseless and cooked up by some people.

The petition, initiated last week Wednesday, alleged that Nuru was responsible for the demise of Tunde Thomas on December 16.

According to the petition, the FCMB MD allegedly had an affair with Moyo Thomas, the deceased’s wife, resulting in two children.

It alleged that Moyo had informed her husband that she was leaving Nigeria for the United States with the kids only to call him upon arrival there that the children were not his.

The petition claimed the news initially caused Thomas to be down with a stroke but later recovered and thereafter met another lady whom he planned to marry.

Thomas was, however, said to have suffered a cardiac arrest after returning from work — about two days before his introduction to his already pregnant girlfriend.

The petition, addressed to the CBN Governor, Godwin Emefiele, and the FCMB’s board, described the case as “an unjustifiable economic oppression by the elite” against the underprivileged.

It called for a holistic investigation into the matter, alleging that the MD had been trying to sweep the issue under the carpet.

The petition read in part, “This is a case of gross misconduct based on ethical grounds and an unjustifiable economic oppression by the elites (Adam Nuru) against the less privileged in the society.

“The MD has been doing everything possible to sweep this case under the carpet. We implore the Central Bank of Nigeria as the apex regulator and the board of FCMB to investigate this for the integrity of the bank and Nigerian banking industry.”

But reacting on Thursday, an employee of the bank, Rafiu Mohammed, who spoke on behalf of the FCMB’s spokesman, Diran Olojo, dismissed the petition as a “mere allegation”.

Mohammed told TheCable that it was unfortunate that people would come up with unsubstantiated claims which the deceased never raised when he was alive.

He also said the fact that Thomas had impregnated another lady and was on the verge of remarrying before his death showed that he had already moved on from what transpired during his marriage to Moyo.

“Assuming there was a DNA report that said there was indeed an affair between them and the children belong to the MD, that’s an evidence. But so far, there’s none. Also, has any evidence established his (Thomas’s) death was caused by our MD? Anyone can suffer cardiac arrest,” he said.

Olojo had earlier said the bank was aware of the allegations against its MD and that bank’s board of directors had already commenced a review into the matter, adding that its findings would be disclosed in due course.

He had said, “We are aware of several stories circulating across several media platforms about our bank’s Managing Director, Adam Nuru, a former employee Ms Moyo Thomas and her deceased ex-husband, Mr Tunde Thomas.”

“While this is a personal matter, the tragedy of the death of Mr Tunde Thomas and the allegations of unethical conduct require the bank’s board to conduct a review of what transpired, any violations of our code of ethics and the adequacy of this code of conduct ethics.

“We enjoin all our stakeholders to bear with us as we conduct this review and to please respect the various families involved. Our Board of Directors is reviewing all aspects of this report and once they are done with their review, we will revert to you.”

Related Topics:CBNFCMBmarriage scandal
Up Next