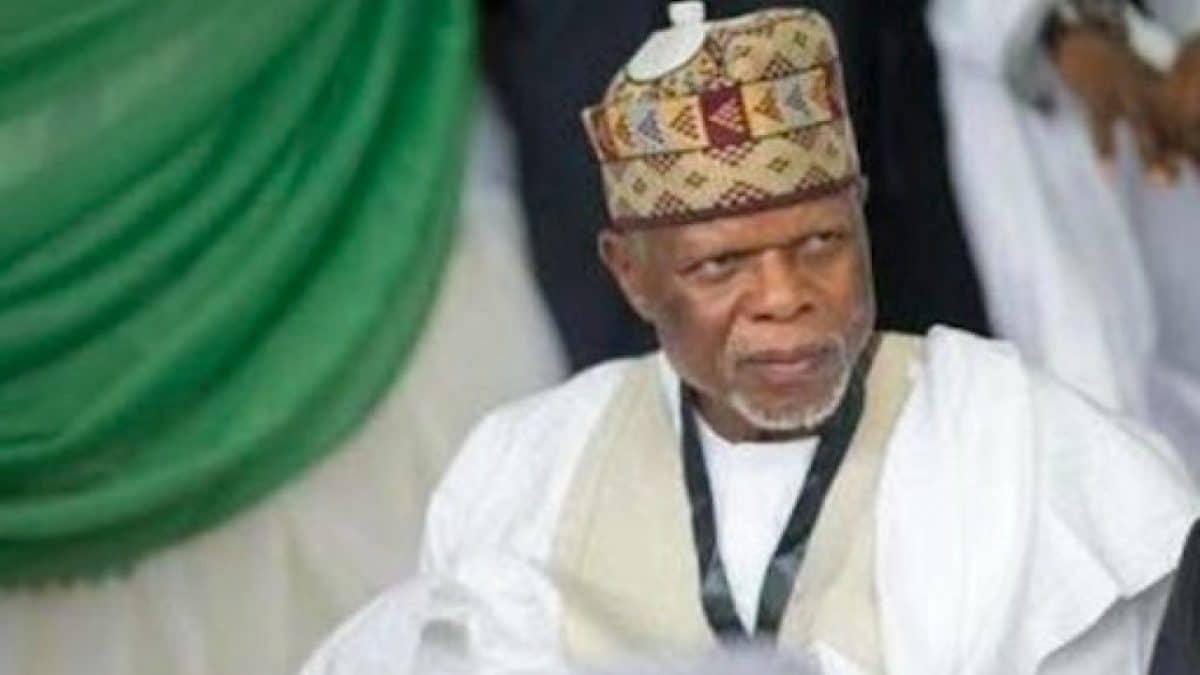 Nigeria Customs Service surpassed its 2019 performance by 16.4 per cent to hit N1.56tn at the end of 2020, despite the closure of the nation’s land borders for the period.

Nigeria shut all its land borders since August 2019, thereby freezing revenue that could have accrued from imports through the borders.

The NCS had argued that its revenue would be boosted with the border closure.

Many stakeholders felt the problem was more of leakages and corruption which denied the Customs the revenue accruable from duties payable on land border imports.

A statement by the Public Relations Officer at the NCS, Deputy-Controller Joseph Attah, in Abuja, on Wednesday, indicated that the customs generated N1.562 trillion in revenue in 2020 against the target of N1.380 trillion.

The performance, according to him, was coming against the adverse impact of the coronavirus (COVID-19) pandemic on the economy during the period under review.

Attah said that the border closure which had forced cargoes that could have been smuggled through the porous borders to come through the sea and airports also significantly contributed to raising revenue collection from ports.

“Diplomatic engagements that took place during the partial land border closure yielded many positive results, including commitment to comply with the ECOWAS Protocol on Transit. Operationalization of joint border patrols at both sides of the border.

“The teams are required to share intelligence and ensure prevention of transit of prohibited goods into the neighbor’s territory.”

Attah said that the NCS would strictly implement the outcome of the diplomatic engagements as the land borders open for movement of cargoes.

He added that intelligence gathered during the period and the introduction of the e-Customs whose components include installation of scanners at all entry points would enhance border security and boost national trade facilitation.

The NCS spokesman also said seizures of 4,304 assorted items with a duty paid value of N28.287billion were recorded within the period under review.

He said, “These seizures include arms, ammunitions, illicit drugs, used clothing, vegetable oil, frozen poultry and foreign rice among others that have grave consequences on economy security and well being of Nigerians.”

Related Topics:2020 revenueCustomsFeatured
Up Next 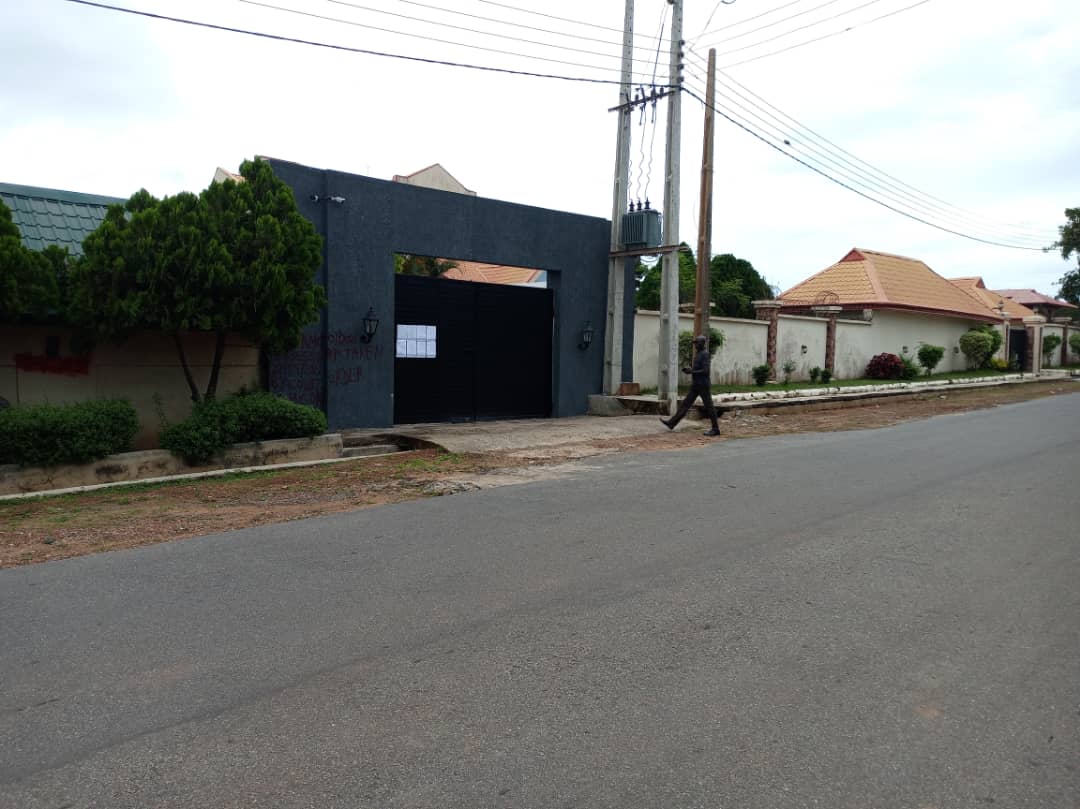 The Assets Management Corporation of Nigeria (AMCON) has taken over some houses belonging to former Governor Abdulfattah Ahmed of Kwara State over a N5 billion debt.

The property is located at No. 9A Abdulrazaq Street, GRA, Ilorin.

Jude Nwazor, spokesman of AMCON, confirmed this to Daily Trust in a telephone chat.

He, however, said the debt was a personal one by the former governor.

Nwazor said all efforts to peacefully resolve the loan had been frustrated by the former governor which left AMCON no other choice than to seek justice in court.

In a statement, he later issued, Nwazor said, “AMCON had taken over the Non-Performing Loans of the former governor and his companies… from the former Intercontinental Bank, FinBank and Bank PHB during the first phase of EBA purchases, in line with its mandate under the AMCON Act.
“All efforts to peacefully resolve the loan had been frustrated by the former Governor who remained recalcitrant, which left AMCON no other choice than to seek justice in court.”

Currently, he is not holding any political office.

But some hours ago, he joined forces with some prominent Nigerians to establish a Third Force known as the Rescue Nigeria Project (RNP). 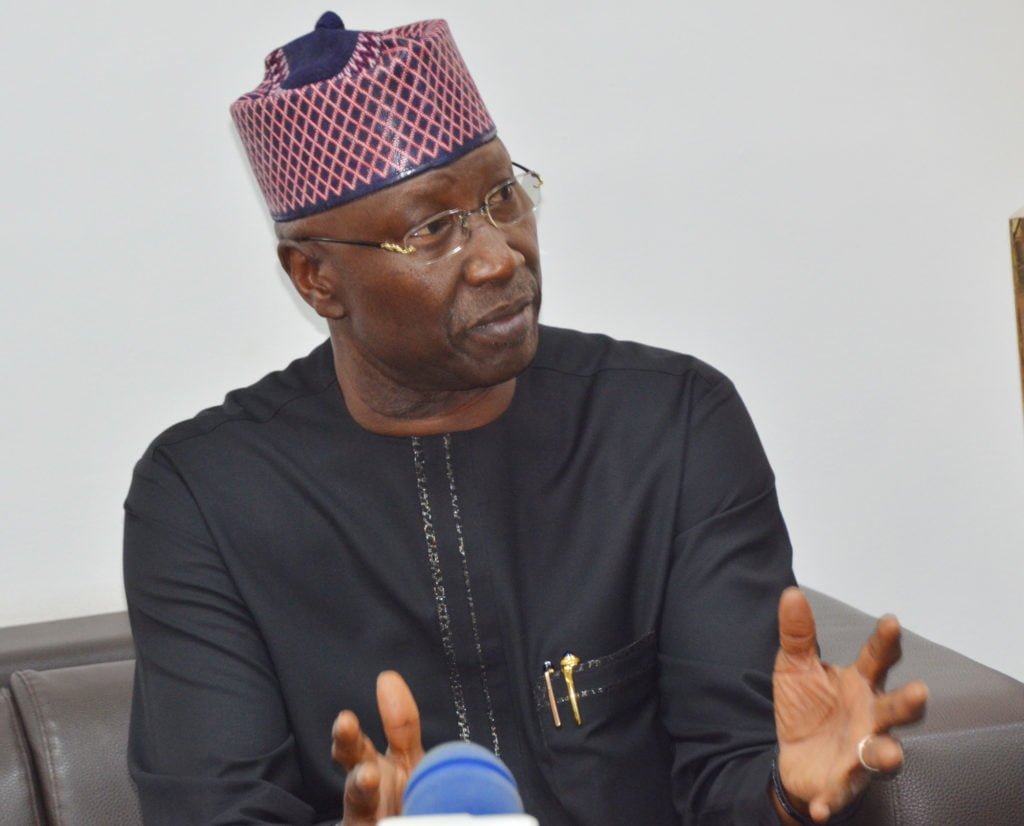 President Muhammadu Buhari has ordered the deployment of technology to tax all digital transactions carried out across the country.

The Secretary to the Government of the Federation (SGF), Mr Boss Mustapha disclosed this at the 17th General Assembly and 10th anniversary of the West Africa Tax Administration Forum (WATAF) in Abuja Tuesday.

The assembly is a high-level policy dialogue on taxation of the digital economy, organised by the Federal Inland Revenue Service (FIRS).

The SGF  said the President gave the order to tax authority to ensure digital transactions were taxed digitally,  and the goal of their efforts was to achieve seamless digital collection and remittance of tax revenue accrued from the digital economy.

He said the President had directed the deployment of technology to good effect in revenue collection and remittance as a matter of government policy.

The SGF said this is supported by the amendment to the tax laws and empowering the tax authority to deploy technology in tax.

Mustapha said: “Our definition of what to collect- whether we call it income tax, Digital Service Tax or Value Added Tax, must address the issue of redefining who a taxable person or entity is, to accommodate the fact that digital transactions side-track the ordinary and traditional understanding of jurisdiction.”

In his remarks, the Chairman of FIRS, Mr Mohammed Nami called for collaborative efforts among African states to generate income from digital-oriented businesses.

He said: “Tax regulators and other industry stakeholders must therefore rise up to the challenge of being in a position to tap into the stream of opportunity that advancements in science and technology afford us. Science and Technology is not only about rockets going to space, it is also about effective tax collection and we must maximize it in every possible way we can.” 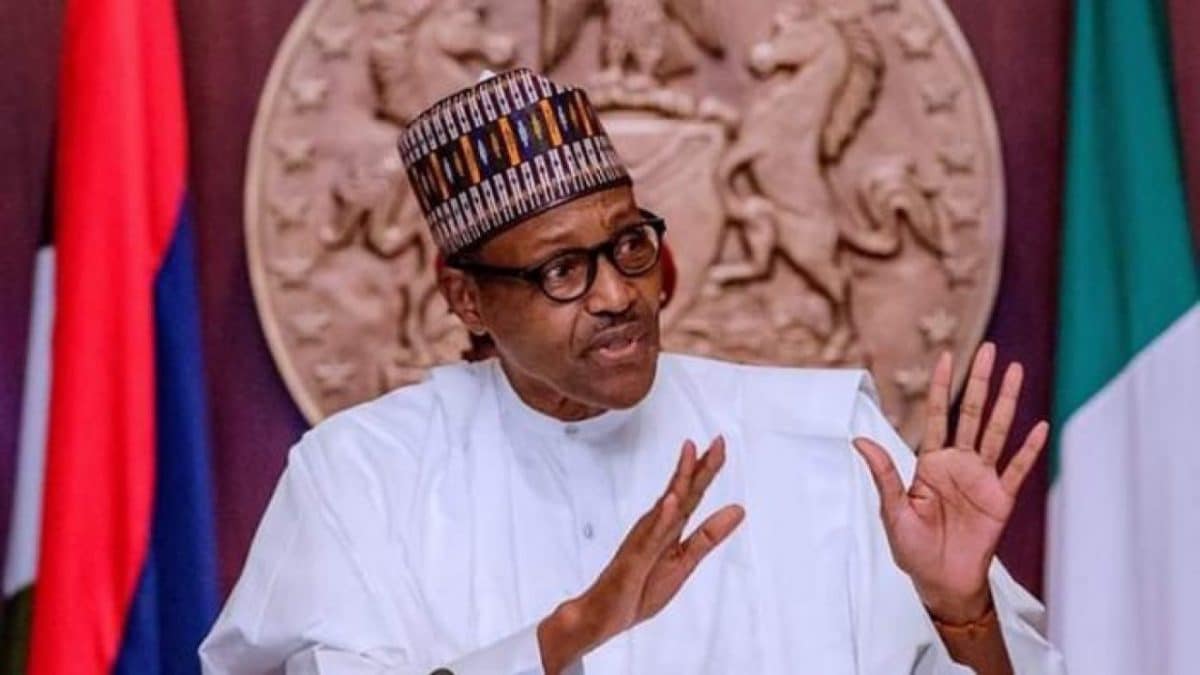 President Muhammadu Buhari has asked the National Assembly to remove the  ministers of Finance and Petroleum from the board of the soon-to-be incorporated board of the Nigerian  National Petroleum Company Limited (NNPC Ltd.)

The request is contained in his letter seeking an amendment to the recently enacted Petroleum Industry Act (PIA) by the Senate and the House of Representatives.

He also asked the Senate to confirm appointments made for the boards of the Economic and Financial Crimes Commission (EFCC) and two other federal agencies.

These are the Upstream Regulatory Commission and the Nigerian Midstream and Downstream Petroleum Regulatory Authority..

The President on Sunday named a nine-member board for the NNPC Ltd headed by Senator Ifeanyi Araraume.

The President explained in the letter that amendments to the sections were needed to make for seamless administrative structure in the Act.

He also cited unbalanced geo-political representation as a reason for his request to remove the ministers of Finance and Petroleum from the NNPC Ltd. board.

A part of the letter reads, “I wish to forward to the Senate the attached Administrative Structure Amendments of the Petroleum Industry Act (PIA) 2021 for your kind consideration and approval.

“Having carefully reviewed the administrative structure of both the Commission and the Authority; I would like to propose the following amendments to the PIA 2021:

“I am of the view that this membership limitation has not addressed the principle of balanced geopolitical representation of the country, therefore, I pray for the intervention of the 9th Assembly to correct this oversight in the interest of our national unity.

“Needless to add that this amendment will provide a sense of participation and inclusion to almost every section of the country in the decision-making of strategic institutions such as the oil industry.

“If this amendment is approved, it will now increase the number of the non-executive members from two to six that is one person from each of the six geopolitical zones of the country.

“Removal of the Ministries of Petroleum and Finance from the board of the two institutions:

The proposed amendment will increase the membership of the board from nine to 13 that is representing a 44 percent expansion of the board site.

“This composition would strengthen the institutions and guarantee national spread and also achieve he expected policy contributions.

“The two ministries already have constitutional responsibilities of either supervision or inter-governmental relations. They can continue to perform such roles without being on the board.

“It is also important to note that administratively, the representatives of the ministries in the board will be Directors – being the same rank with the Directors in the institution. This may bring some complications in some decision making especially on issues of staff-related matters.

“Appointment of Executive Directors: The Act has made provision for seven Departmental Heads in the Authority to be known as Executive Directors. Their appointment will also be subject to Senate confirmation. This category of officers is civil servants and not political appointees.

“The Senate is invited to note the need to exempt serving public officers from the established confirmation process for political appointments.

“This will ensure effective management of the regulatory Institutions through the uniform implementation of public service rules for employees of the Authority. In the future, these positions will obviously be filled by the workers in the authority.”

Also yesterday, the President’s Special Adviser on Media and Publicity, Femi Adesina, said in a statement  that the names of the EFCC, the  Upstream Regulatory Commission, and the Nigerian Midstream and Downstream Petroleum Regulatory Authority board members were contained in another letter to the Senate