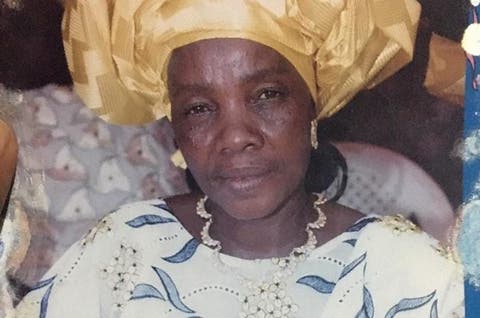 The Iyaloja of Oworonsoki in Lagos State, Chief (Mrs) Aderonke Sikirat Anifowose, has been declared missing after observing Juma’at service in Ikorodu on January 1st.

The family of the market leader said they had not seen her since Friday, January 1st when she left her residence.

Until her disappearance, the Iyaloja of Oworonsoki reportedly left her home for Epe in the state.

According to one of her children, Owolabi, the last destination, known of the Iyaloja of Oworo Naomi Market was the Oriwu Central Mosque in Ikorodu, where she reportedly observed her Friday prayer.

Owolabi, in a short statement, said, “My mum, Chief (Mrs) Aderonke Sikirat Anifowose has been missing since January 1st.”

He added, “She said was going to Epe from Oworonsoki but her last contact was Oriwu Central Mosque, Ikorodu, where she observed her Jumat prayers on January 1st 2021.

“If there is any information, contact the nearest police station.”

Amotekun must not become another SARS, Soyinka warns