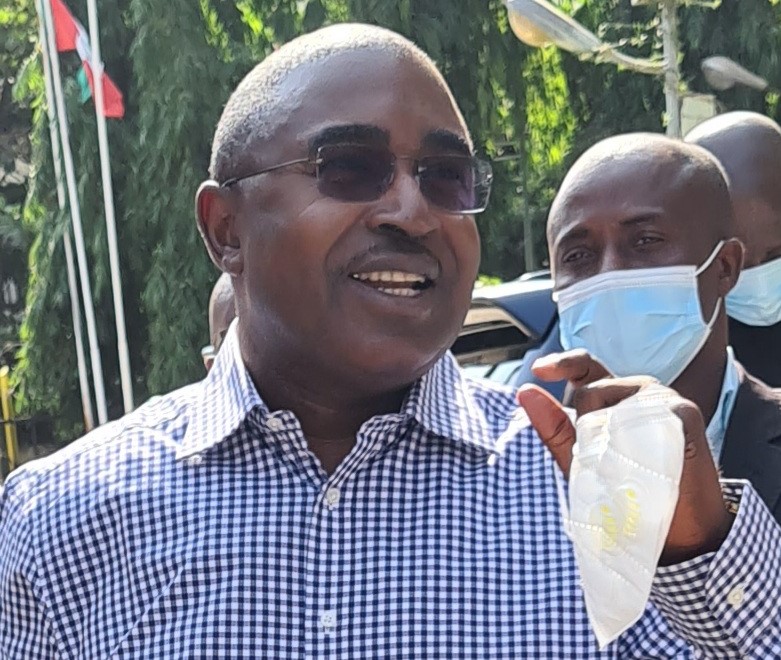 Newly appointed Chairman of the National Drug Law Enforcement Agency, Brig Gen. Mohammed Marwa (retd), took charge at the agency on Monday with a stern warning to drug traffickers to back out of the illicit trade or be ready to face the full wrath of the law.

He said, “I would like to warn those who engage in the dastardly trade of importation, export, cultivation, processing, manufacture, trafficking, sale, and consumption of illicit substances to stop forthwith or be prepared to contend with the NDLEA.

“The NDLEA will safeguard the nation and our youths from the drug menace. That is a task that must be done.”

Marwa gave the warning in his remarks during his first meeting with the management team of the agency on Monday.

He also said, “It is the task of NDLEA to stop all this unacceptable nonsense of drug abuse in Nigeria. Together, by the grace of God, we will resuscitate and reposition NDLEA to full active life, to be effective, respected and feared by the concerned criminals. Nigeria is the only country we have; we cannot fold our arms. We can, will, and must eliminate the drug scourge.”

He noted that drug use had eaten very deep into the nation’s social fabric with over 15 million Nigerians of all ages hooked on drug. H

He said, “NDLEA will be overhauled and expanded in line with the PACEDA recommendations, existing financial constraints, and the authorisation of the appropriate superior authorities.

“We will put equal efforts in drug demand reduction as contained in the NDLEA act. We will develop a strategy of work to meet our objectives, following the National Drug Control Master plan 2021-2025 to be released soon, as our road map.”

He assured the workers of the agency that their welfare would be his priority and called for discipline and dedication to duty from them.

Marwa said, “I want to assure you all that your welfare will be given utmost attention. The outstanding issues of stagnation in rank, training and postings and due emoluments, will be addressed as a priority. Also operational and logistical inadequacies in the service will be looked into. Discipline must remain number one; it is the bedrock of an organisation such as ours. With my military background, you know what to expect.”

Marwa chaired the Presidential Committee for the Elimination of Drug Abuse, PACEDA, up until December, 2020.

He was last week appointed by President Muhammadu Buhari as the NDLEA head.

Buhari to Benin president: We’ll continue to work with our neighbours