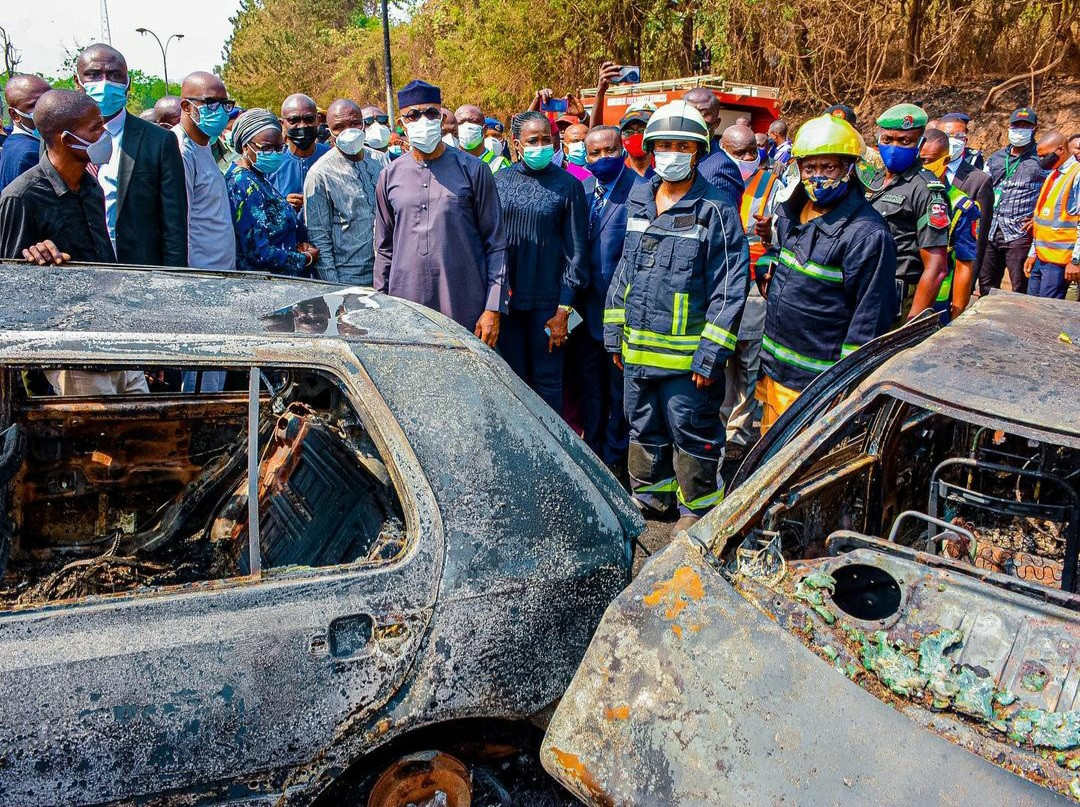 Gov Abiodun at the scene of the tanker explosion

No tanker or articulated vehicle will henceforth be allowed to use flyover bridges in the Ogun State, Governor Dapo Abiodun has said.

The governor, who visited the scene of a Tuesday tanker explosion on Kuto flyover bridge, Abeokuta that claimed three lives, gave the order.

Abiodun described the incident as sad and unfortunate, adding that the ban was meant to safeguard lives and property of citizens in view of explosions in different part of the state.

He said stiffer punishment would be meted out to tanker driver, found to flout the order.

He said the state would soon roll out measures to check the road worthiness of vehicles, especially tankers and articulated vehicles plying roads in the state.

The governor confirmed that three persons died in Tuesday’s explosion, while six others sustained varying degrees of injury.

He said the injured victims had been taken to the Federal Medical Centre, Idi-Aba, and the State Hospital, Ijaye, Abeokuta.

The governor said, “The record that we have as of now is that we have three casualties; we have another six persons, who sustained varying degrees of burns. Three of them are at the Federal Medical Centre and the other three are at the State Hospital, Ijaye, receiving urgent medical attention.

“We have gone a step further by inviting burns specialist from Lagos to come and attend to those who have about 80 to 90 per cent burns, who require special attention, and have since arrived in Abeokuta. They will make explanation if there will be a need to transfer them to the burns centre in Lagos.”

A survivor, Taiwo Ososanya, who escaped from one the vehicles trapped by the fire, said the tanker driver gave a sign of brake failure, while descending the bridge.

Taiwo, an official of the state Ministry of Housing, said the driver, in a bid to avoid greater calamity, swerved and crashed into the side of the road.