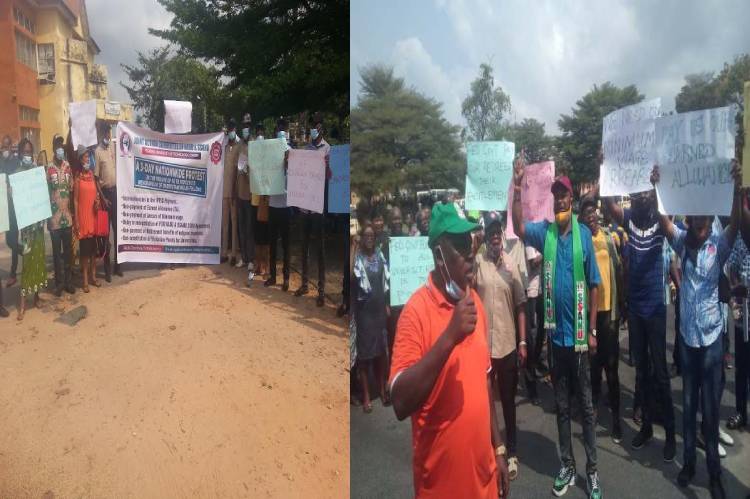 Barely one month after university lecturers called off a nine-month strike, another industrial action has been declared by the Non-Academic Staff of Educational and Associated Institutions (NASU) and the Senior Staff Association of Nigerian Universities (SSANU) with effect from February 5.

The two unions coming under the Joint Action Committee (JAC) have given the government a 14-day ultimatum to meet their demands bordering on welfare package and changes in the university system or risk an “indefinite, comprehensive and total strike”.

The leadership of the unions made the announcement at a press conference in Abuja on Friday, stressing that if the government failed to address all the issues, the strike would commence from the midnight of February 5.

General Secretary of NASU, Peters Adeyemi, who spoke on behalf of JAC leadership, said 90 per cent of NASU members in all its branches across the country were in support of the strike.

He also said 83 per cent of SSANU members had expressed support for the strike; 11 per cent were against strike, adding that six per cent were indifferent.

Adeyemi said, “It is in line with the resolution of our members nationwide that the leadership of the Joint Action Committee of NASU and SSANU hereby resolves as follows: That members of NASU and SSANU shall embark on an indefinite, comprehensive and total strike with effect from midnight of Friday 5th February, 2021.

“That two weeks’ notice effective from today, Friday 22nd January, 2021, is hereby given to government and relevant stakeholders of this development.”

He said JAC of NASU and SSANU had signed an understanding with the Federal Government on Tuesday 20 October, last year on all the contentious issues affecting the university system and the welfare of their members.

The issues, according to him, are inconsistencies in IPPIS payment; non-payment of earned allowances; non- payment of arrears of national minimum wage; delay in renegotiation of FGN/NASU and SSANU 2009 agreements.

Other are non-payment of retirement benefits of former members; teaching staff usurping headship of non-teaching units in violation of conditions of service and establishment procedures; neglect and poor funding of state universities; and non-constitution of visitation panels for universities.

Adeyemi said, “Having painstakingly taken you through all the issues as agreed upon in the October 2020 memorandum of understanding with government, it should be easy for you to deduce that out of the seven items upon which agreements were reached, only one item – constitution of visitation panels has been implemented. Even that item was not implemented within the timeline as agreed upon and is still only partially implemented.

“It was against this background that the national protests were embarked on the January 12 to 14, 2021, with a view to drawing the attention of necessary stakeholders to the issues and seeking redress as appropriate. Sadly, till date, no response has been got and it would seem that the government played deaf to our protests and lamentations.”

He added: “As stated earlier, the Joint Action Committee of NASU and SSANU had been very circumspect about embarking on strike action. It has never been our style to undertake strike actions at the drop of a hat. Sadly, it would appear that our non-belligerent modes of engagement have been taken for weakness and our belief in civil engagement and dialogue has been taken for granted.

“It is against this backdrop and in a democratic spirit that the leadership of the Joint Action Committee (JAC) of NASU and SSANU threw back the decision after the three- day protests to the various memberships across branches on the way forward and the resolutions have been overwhelming.” 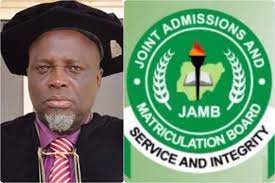 The tenure of the Registrar/Chief Executive Officer of the Joint Admissions and Matriculation Board (JAMB), Prof. Is-haq Oloyede, will end tomorrow.

The tenures of 13 other agencies and corporations under the Federal Ministry of Education will also lapse on the same day.

The heads of the agencies will stop reporting for duty as from today, being the last day of work, after serving for four to five years. The affected officials are eligible for reappointment for a second term as may be deemed fit by President Muhammadu Buhari.

But there was no official announcement or statement on their fate last night.

The chief executives were appointed by President Muhammadu Buhari on August 1, 20216. They were sworn in by Education Minister Adamu Adamu on August 2, 2016 at the auditorium of the National Universities Commission (NUC). 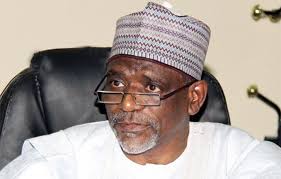 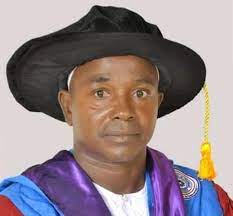 President Muhammadu Buhari has appointed Professor Ibrahim Dantani Wushishi as Registrar/Chief Executive of the National Examination Council (NECO).
The council has been run by an acting registrar since the death of Prof Godswill Obioma, the former registrar.
Obioma died in Minna, Niger State capital, last month.
In a letter with reference No: FME/PSE/NECO/1078/C.1/36, the Minister of Education, Adamu Adamu, stated that the appointment of Wushishi is for an initial tenure of five years.
He said the appointment took effect on 12the July.
Wushishi was born on 5th April 1965 and hails from Wushishi Local Government Area of Niger State.