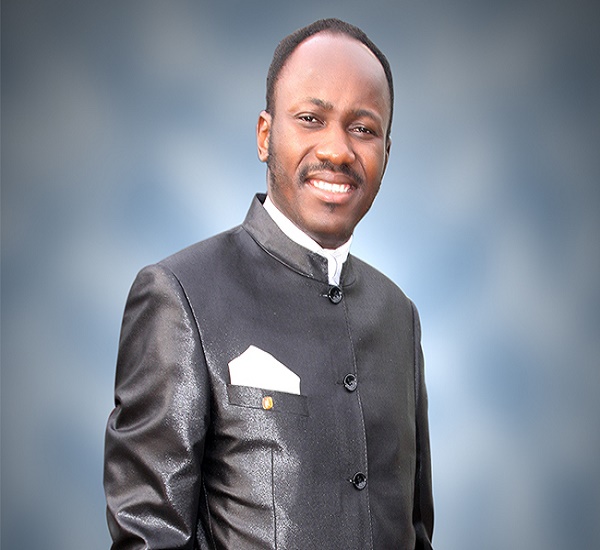 Davids alleged Suleman had made threats to his life and denied him access to his children.

He said his wife, Pastor Faith Edeko, who heads the Abuja branch of Omega Fire Ministries in Utako, was having an amorous affair with Suleman.

But Pastor Faith denied the allegations, saying she had nothing to do with Apostle Suleman.

The Inspector General of Police, Mohammed Adamu ,has ordered a probe into the case.

In the petition, Davids accused Apostle Suleman of threat to life and preventing him from seeing his three children.

The probe order is titled ‘Re: Criminal Petition Against Apostle Johnson Suleman for Enticement of a Married Woman; Adultery; Unlawful Criminal Restraint to Access Children and Threat to Life’.

It read in part, “I attach herewith a copy of a letter dated December 30, 2020 with its attachments received from V.C Ezenagu & Associates on the above underlined subject.

“The Inspector-General of Police directs that you treat. Accept the assurances of my esteemed regards please.”

“Apostle Suleman has damaged my life. I have not seen my wife and children for two years and Apostle Suleman says if I ever go near them, he will have me taken out. I have a video where he said he will make me disappear. I don’t want to lose my life.”

But his wife dismissed the allegations as cheap blackmail.

In a video, she said it was the petitioner that abandoned the marriage.

She said the ordeal affected her health and she even contemplated suicide but her son stopped her.

Pastor Edeko, who wept in the video, said she never slept with Apostle Suleman, adding that she did not even have easy access to him.

“There are recordings which I will upload. You told my brothers that I would crawl in the gutters. I told them not to do anything to you, that you are still the father of my kids. At some point, I contemplated suicide.

She said that no one was preventing Pastor Davids from seeing his children, adding that he lived in the same city with them but had refused to visit.