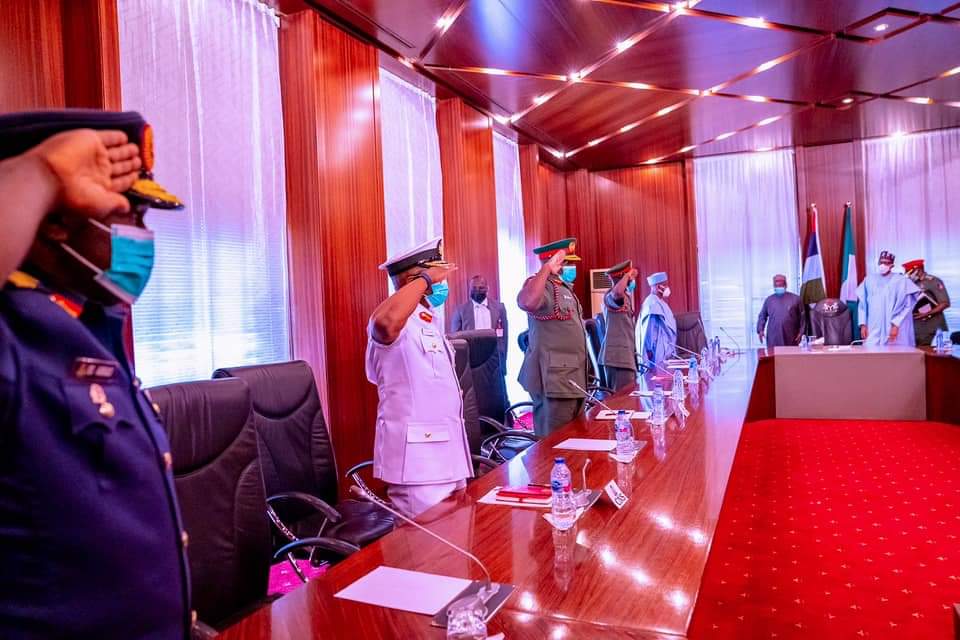 President Muhammadu Buhari has told the new service chiefs to do everything possible to secure the nation, reminding them that Nigeria is in a state of emergency.

The President appointed the new service chiefs on Tuesday following the resignation of the former officers.

Buhari met with the new service chiefs at the presidential villa in Abuja on Wednesday, also urging them to be concerned about the morale of the officers in the fight against insecurity.

“We’re in a state of emergency. Be patriotic, serve the country well, as your loyalty is to the country,” the President was quoted as saying in a statement his spokesman, Femi Adesina.

“There’s nothing I can tell you about the service, because you are in it. I was also in it, and I will pray for you. I also assure you that whatever I can do as Commander-in-Chief will be done, so that the people will appreciate your efforts.”

The President called their attention to the rising state of insecurity across the country the “undertakings” made by his administration in 2015.

Chief of Defence Staff, Lucky Irabor, in an interview with journalists after the meeting, said the President had informed them about the expectations of Nigerians on the issue of security, saying they would work collectively to achieve them.

“The message from the President is that we, knowing the current security environment, must do everything possible to add value to the security disposition and the expectations are high and that we are quite mindful of the expectations. So, we collectively will work to achieve that,” he said.

Related Topics:BuhariFeaturedNew service chiefs
Up Next