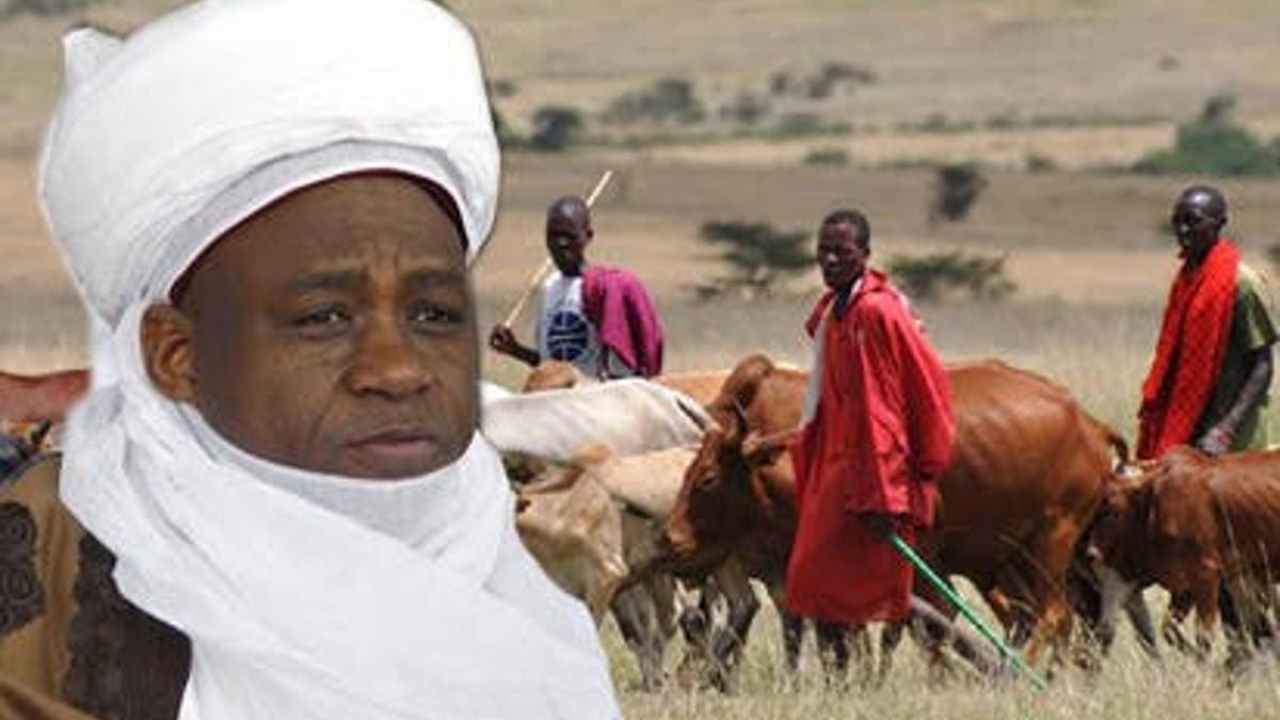 Sultan of Sokoto, Sa’ad Abubakar, has met with the leadership of Miyetti Allah Cattle Breeders Association of Nigeria (MACBAN) over their persistent clashes between herders and farmers as well as other groups in many sections of the country.

The Sultan said there was a need to address the security and socioeconomic challenges confronting members of the association.

He spoke with the leaders of the group in Abuja.

The monarch, who is the chairman board of trustees of the association, lamented the stereotyping of herders and how they were associated with crime.

According to him, it is not every crime perpetrated in the country that is done by the Fulani and urged herders to respect constituted authorities as well as shun all acts capable of tarnishing their reputation.

A senior advisor to the Sultan, Usman Bugaje, stated that the objective of the meeting was to ensure a genuine search for solutions to the entire problem affecting the Fulanis in the country.

He said, “We are helping at the secretariat level to bring out the issues and see how we can look at other economic, social and even ethnic dimensions to the problems.”

Bugage also said, “We have agreed that there will be timeline, we are not going to leave it open; because we need to get it done within one year maximum from now, if all the stakeholders are ready to cooperate.”

National Secretary of MACBAN, Baba Ngelzarma, urged the government to initiate programmes that would take idle herders out of criminality and engage them in learning other skills in addition to cattle rearing.

“Even in the cattle rearing, are they getting money? Their cattle are not competing with the ones you have in other parts of the world that weigh 700 to 800 kilogrammes per cow,” Ngelzarma said.

He added, “The milk output is also not competing with the other ones in the world where one single cow is given an output 50 litres per day.

“We still hold the outdated species of the cow that are weighing not more than 100 to 120 kilogrammes and given out an output of milk that is not more than three to five litres per day.

“So, a lot needs to be done by government, religious leaders, traditional rulers and pastoralist associations.”