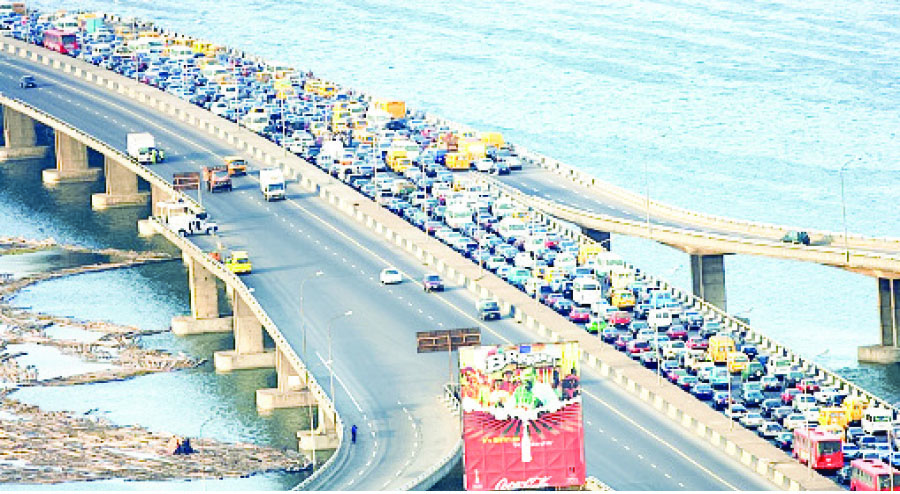 After seven months of repair work, the Third Mainland Bridge has finally been reopened for motorists going in and out of Lagos Island.

The Federal Controller of Works, Lagos, Mr Olukayode Popoola, said this on Sunday, adding that the total shutdown of the bridge would be lifted at midnight of January 31.

The reopening is coming 24 hours ahead of the planned time. According to Popoola, the contractor was able to complete the repair work on the bridge on Saturday.

He said, “The casting of the expansion joints was completed on Saturday. Therefore, the Third Mainland Bridge will be opened by 12 midnight of January 31.

“Motorists can start plying the bridge as from 12 midnight.”

Popoola expressed gratitude to all road users using the route for their understanding, even as he stated that the reopening had been communicated to the Lagos State Government and all relevant agencies to ensure seamless traffic on the highway.

The bridge going through a series of repairs was partially shut on July 24, 2020 for another round of rehabilitation.

The repair, expected to last six months, was extended by one month due to the #EndSARS protests in Lagos.

Popoola had on January 27 announced a three-day total shutdown of the bridge from midnight of Friday to midnight of Monday, February 1 to allow for the replacement of three expansion joints.

The construction was initially divided into two phases of three months on each carriageway, starting with the Oworonsoki-bound carriageway whose completion dragged to four months.

Traffic was partially diverted on a stretch of 3.5 kilometres where construction is ongoing between Adeniji Adeniji ramp and Ebute-Meta, while different time belts were allotted for traffic diversions on the bridge.

The 11.8-kilometre bridge is the longest of the three bridges connecting Lagos Island to the Mainland.

The bridge starts from Oworonshoki, which is linked to the Apapa-Oshodi expressway and the Lagos-Ibadan expressway, and ends at the Adeniji Adele interchange on Lagos Island.

Constructed in 1990, the bridge was adjudged the longest in Africa until 1996 when the October 6 Bridge in Cairo, Egypt, was completed.

Related Topics:FeaturedreopeningThird Mainland Bridge
Up Next