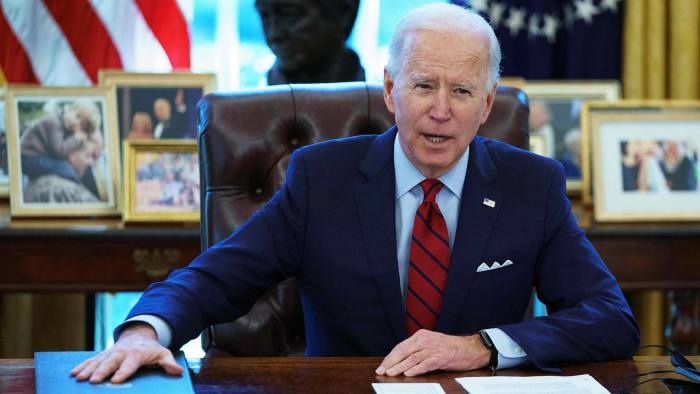 President Joe Biden has condemned a Republican alternative to his $1.9 trillion COVID-19 rescue plan as insufficient.

Senate Democrats marshalled their slim majority to vote, 50-49, on a first step toward approving Biden’s plan with or without Republican votes. The procedural vote launches a lengthy budget process toward passage by March.

Biden told Republican senators he was unwilling to settle on too small a coronavirus aid package after meeting for two hours over their slimmed-down $618 billion proposal.

Immigration: Biden signed a second spate of orders to undo his predecessor’s immigration policies, demonstrating the powers of the White House and its limitations without support from Congress. His orders on family separation, border security and legal immigration bring to nine the number of executive actions on immigration during his first two weeks in office.

Trump Impeachment: House Democrats say the Senate should convict Donald Trump of impeachment and bar him from office because he endangered the lives of all members of Congress when he aimed a mob of supporters “like a loaded cannon” at the US Capitol last month.

Capitol Officer Killed: The president and the first lady were among those who paid their respects to slain Capitol Police Officer Brian Sicknick as he lay in honor in the US Capitol.

Sicknick’s colleagues and the lawmakers he protected are honouring him for his actions during the violent attack on Congress that cost him his life. The officer was injured when a mob besieged the Capitol, on Jan. 6, dying the next day.

Capitol Minority Concerns: Civil rights groups and communities of colour are watching warily for any moves to expand law enforcement power as federal officials grapple with how to confront the security threat posed by domestic extremists after the deadly siege of the Capitol.

They say their communities have felt the brunt of security scrutiny over the last two decades and they fear new tools meant to target right-wing extremism or white nationalists risk harming Muslims, Black Americans and other groups.

It underscores the complexity of the national debate on how to balance protecting First Amendment freedom of speech rights with law enforcement’s need to prevent extremist violence before it occurs, Noreen Nasir and Eric Tucker report. 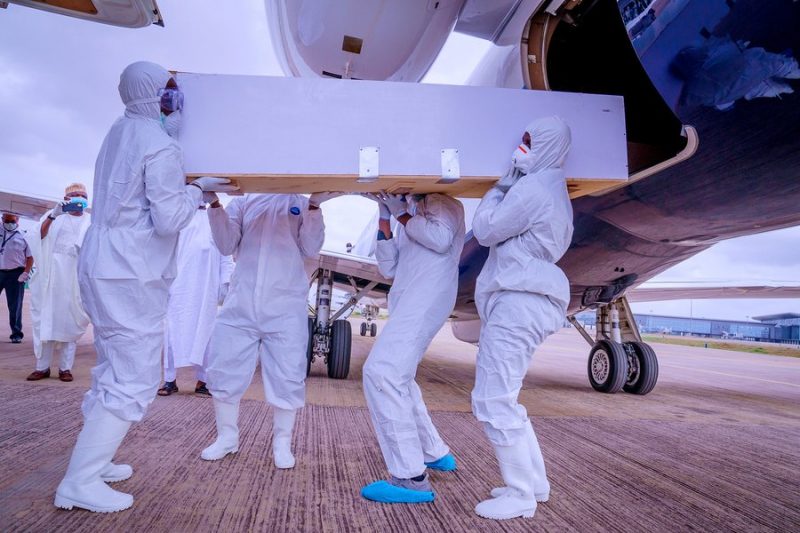 At least eight people died from COVID-19 on Sunday January 09, statistics from the Nigeria Centre for Disease Control (NCDC) have shown.

The NCDC report also stated that a total  of  3,077 deaths were so far recorded from the virus in the country but by January 10 the total number of deaths had grown to 3,085 cases.

Also, 420 new cases of COVID-19 were recorded from 13 states on Tuesday, the NCDC said.

The disease centre said till date, 24, 8732 cases had been confirmed out of which 219,479 cases had been discharged and 3, 085 deaths recorded in 36 states and the Federal Capital Territory (FCT). 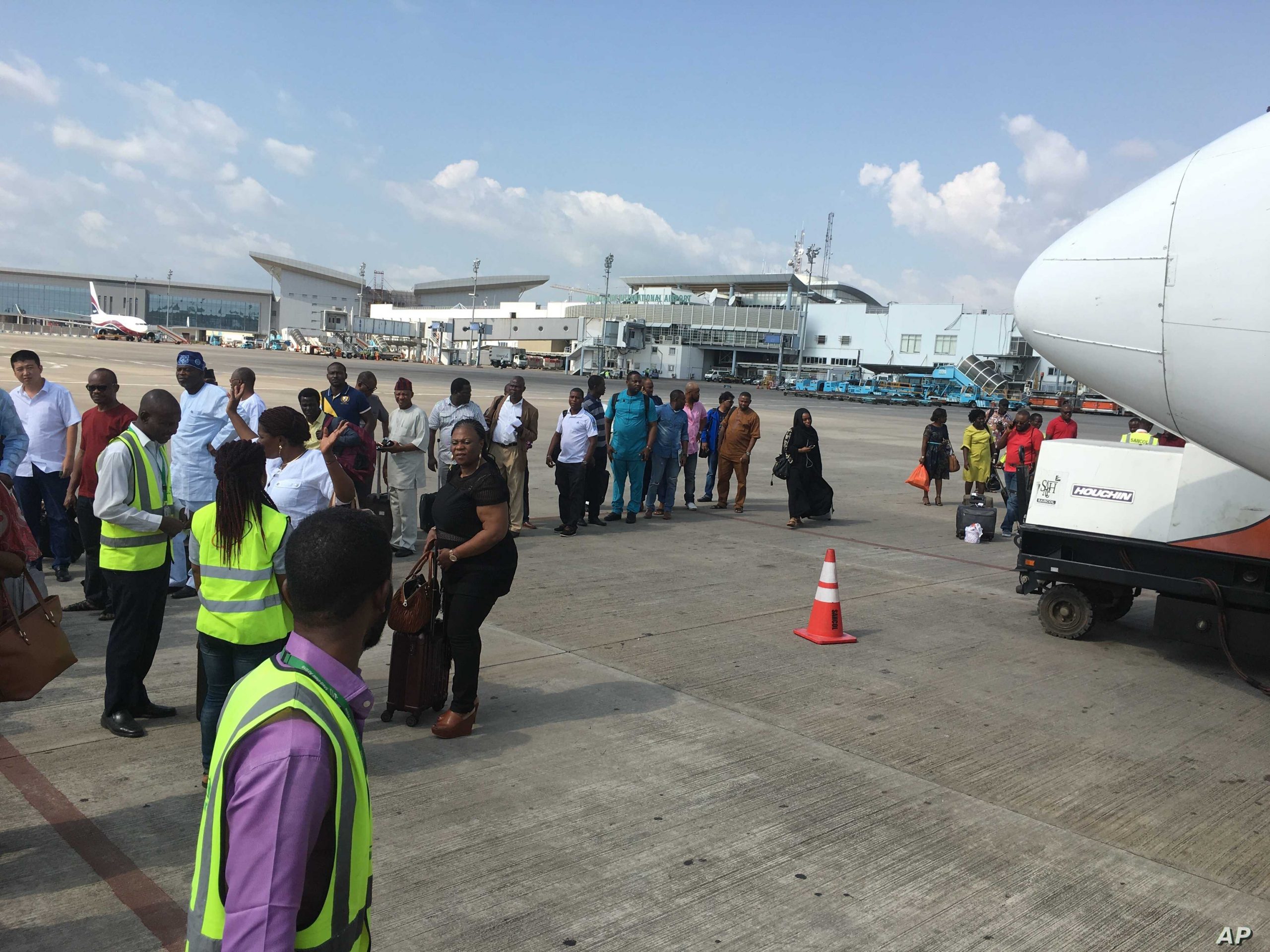 The Federal Airports Authority of Nigeria has arrested over 90 persons for allegedly carrying out illegal activities including issuing fake COVID-19 results at the international airports in Lagos and Abuja.

General Manager of Corporate Affairs at FAAN, Henrietta Yakubu, announced this in a statement on Monday.

She said the arrests were part of efforts to rid the nation’s airports of touting and extortion.

Yakubu explained that some of those arrested were staff of Patovilki Nigeria Limited, Lakewood Services, Nigerian Aviation Handling Company (NAHCO) Plc and other airport staff.

“FAAN will like to use this opportunity to warn those that do not have any legitimate business at the airports, as well as airport staff carrying out illegal duties to desist from such acts, as the authority will not hesitate to arrest and hand over such individuals for prosecution,” the statement adds. 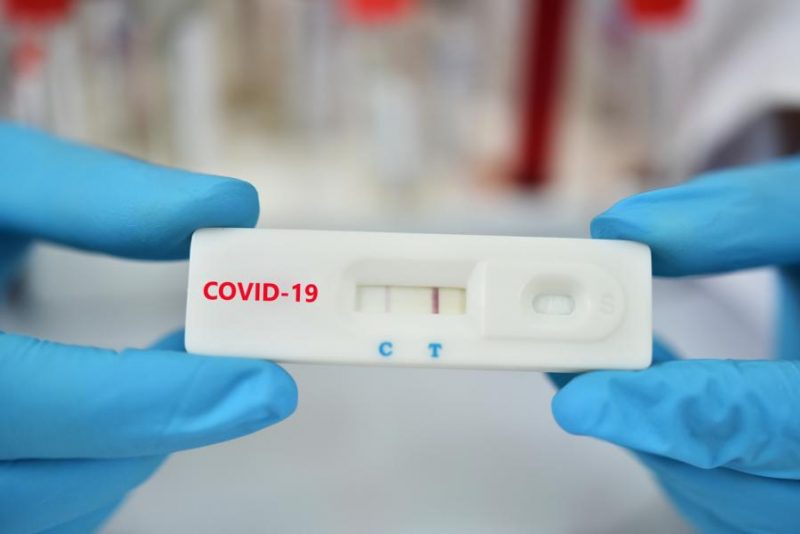 A new COVID-19 variant — B.1.640.2 — detected in 12 patients near Marseille, France, containing 46 mutations, is causing panic among people across the world.

This is coming even as the world battles the uptick in COVID-19 cases owing to the Omicron variant.

The discovery of the new variant, dubbed B.1.640.2, by scientists in France, was announced in a paper posted on medRxiv.

Called IHU, as of now, the strain was discovered by academics based at the IHU Mediterranee Infection on 10 December.

Researchers say that it contains 46 mutations — even more than Omicron — which makes it more resistant to vaccines and infectious.

Some 12 cases have been spotted so far near Marseille, with the first linked to travel to the African country Cameroon.

Tests show the strain carries the N501Y mutation — first seen on the Alpha variant — that experts believe can make it more transmissible.

According to the scientists, it also carries the E484K mutation, which could mean that the IHU variant will be more resistant to vaccines.

It is yet to be spotted in other countries or labelled a variant under investigation by the World Health Organization.

Currently, Omicron is the dominant coronavirus variant in France, joining other European countries like the United Kingdom and Portugal with surging case numbers over the past few days.

France’s public health agency had recently said that “62.4 per cent of tests showed a profile compatible with the Omicron variant”.

The Omicron variant of coronavirus has stoked average daily confirmed cases to more than 160,000 per day over the past week, with peaks above 200,000.

The tidal wave has indeed arrived, it’s enormous, but we will not give in to panic,” France Health Minister Olivier Veran was quoted as telling Parliament.

In an attempt to battle this surge, French MPs have proposed legislation that would require most people to be vaccinated against Covid-19 to enter public spaces such as bars, restaurants and long-distance public transport.

It is expected to come into force on 15 January after passing through the upper house Senate.

News agency AFP reported that the bill’s headline measure is aimed at getting France’s remaining five million unvaccinated people over 12 to accept a shot.

The bill aims to replace the health pass with a vaccine pass – which would only allow people who are fully vaccinated to gain access to those venues.

Obasanjo: I will never return to PDP, partisan politics

Protest in Yobe over alleged killing of truck driver by soldier