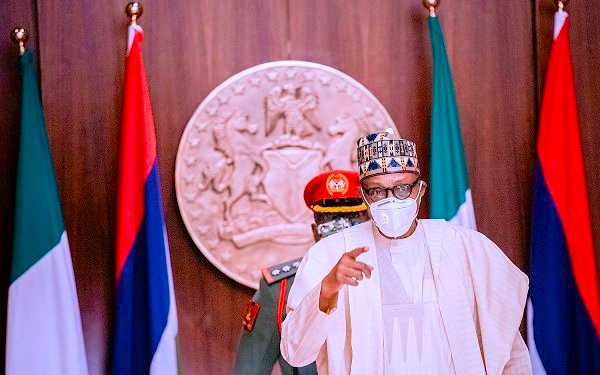 Before the start of the meeting, members of the cabinet observed a minute silence in honour of the departed former ministers.

The President had, while condoling with the Momoh family, said “his brand of loyalty is very rare in the politics of today. I will greatly miss him.”

Buhari had also recalled that as chairman, Media and Publicity of the All Nigeria People’s Party (ANPP) Campaign Organisation in the 2003 and 2007 elections, Momoh “contributed in no small measure to the growth and strengthening of the organisations.”

Buhari also noted that Late Momoh, who was one-time Chairman of the Congress for Progressive Change (CPC), contributed to the eventual formation of the All Progressives Congress (APC).

Momoh was a veteran journalist and politician and Nigeria’s Minister of Information and Culture during the military regime of General Ibrahim Babangida. He died on Monday, February 1, 2021, at the age of 81 years.

He was also a permanent secretary in many ministries, including the Ministry of Defence.

Buhari had while commiserating with the Wali family, the government and people of Kano State, urged them to take comfort in the legacy of kindness he Wali behind.

The ministers are those of Information and Culture, Alhaji Lai Mohammed; Attorney General and Minister of Justice, Abubakar Malami; Mines and Steel Development, Olamilekan Adegbite; and Transportation, Rotimi Amaechi.

The Head of Service of the Federation, Dr Folasade Yemi-Esan, and other ministers participated virtually.

Related Topics:FECTony Momoh
Up Next