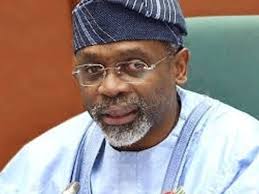 The House of Representatives Committee on Public Accounts says it is a gross violation of the 1999 Constitution to have failed to audit for five years the accounts of the Federal Mortgage Bank of Nigeria (FMBN) and the Tertiary Education Trust Fund (TEFFUND).

The committee also uncovered that the Central Bank of Nigeria CBN and the Nigeria Social Insurance Trust Fund (NSITF) were yet to pay up their 30 per cent and 20 per cent respectively equity capital as shareholders of the bank as stipulated by the FMBN establishment Act.

Chairman of the House Committee, Oluwole Oke, and other lawmakers at an investigative hearing on audit queries by the Office of the Auditor-General of Federation on ministries departments and agencies of the Federal Government had queried the management of bank under its Managing Director, Mr Ahmed Dangiwa, and other officials of the agency on the five-year unaudited accounts.

Oke lamented that the audit queries raised by the Office of the Auditor-General of the Federation on the MDAs had shown that the revenue profile of the agencies was on the decline as earlier pointed out by the Ministry of Finance.

He expressed dissatisfaction over non-compliance of the agencies with the extant provision of the laws on audited accounts despite having made previous appearances to the committee on the contentious issue.

He wondered why the CBN and the NSITF had not paid up their 30 per cent and 20 per cent share of the mortgage bank’s equity in which the Federal Government was 50 per cent share.

But the Managing Director, Mr Ahmed, who explained that the Federal Government had paid N60 million out of the N1.5 billion being its share of equity in the bank informed the committee that the audited accounts were ready but was only awaiting agency’s board approval.

He further hinted that the present management of the bank had inherited the five years unaudited accounts from their predecessors in office adding that they have made efforts to clear the outstanding.

On the percentage equity shareholders capital in the mortgage bank, he said that the Federal Government owns 50 per cent, CBN owns 30 per cent while the Nigeria Social Insurance Trust Fund NSITF’s share is 20 per cent.

While ruling on the matter, the Chairman of the Committee said that the Clerk should write to the appropriate authorities in the CBN and NSITF asking them to pay up their equity shareholding in the mortgage institution.

Earlier, the committee had turned down the presentation one Mr Idris Alkali, a representative of the Executive Secretary of TETFUND, Prof Suleiman Bogoro, who asked that he be excused for attending official duties.

The House Committee nonetheless insisted that Mr Alkali must appear with authority letter from the TETFUND boss to represent him before the Committee unfailingly on Friday, February 5, 2021 in accordance with the provisions of the law.