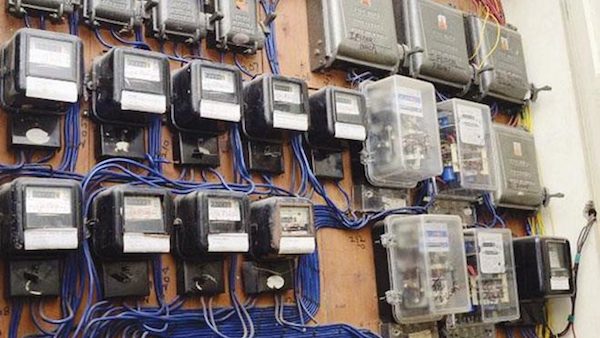 The Nigerian Electricity Regulatory Commission (NERC) says 62.63 per cent of electricity consumers in the country are on estimated billing as at September 2020.

This thus shows that less than 38 per cent of the consumers have prepaid meters, which give accurate readings of amount of electricity used.

It stated this in the 2019 to Quarter 3, 2020 Nigerian Electricity Supply Industry (NESI) Key Financial and Operational Data.

The document showed that only Eko Electricity Distribution Company and Ikeja Electric Plc had metered over 50 per cent of their customers as at the review period.

The huge metering gap for electricity customers, according to NERC, remains a key challenge in the industry.

“Thus, 7, 416,191 representing 62.63 per cent of the registered electricity customers are still on estimated billing,” the document stated.

NAN reports that the the Federal Government had on Oct. 30, 2020 flagged off the National Mass Metering Programme (NMMP) to meet the target of closing the metering gap in the NESI by December 2021.

The programme would assist in reducing collection losses, while at the same time, increasing financial flows to achieve 100 per cent market remittance obligation of the DisCos.

Part of the objectives is the elimination of arbitrary estimated billing, improving network monitoring capability and provision of data for market administration and investment decision-making, the document noted.

Related Topics:DiscosNERCprepaid meters
Up Next