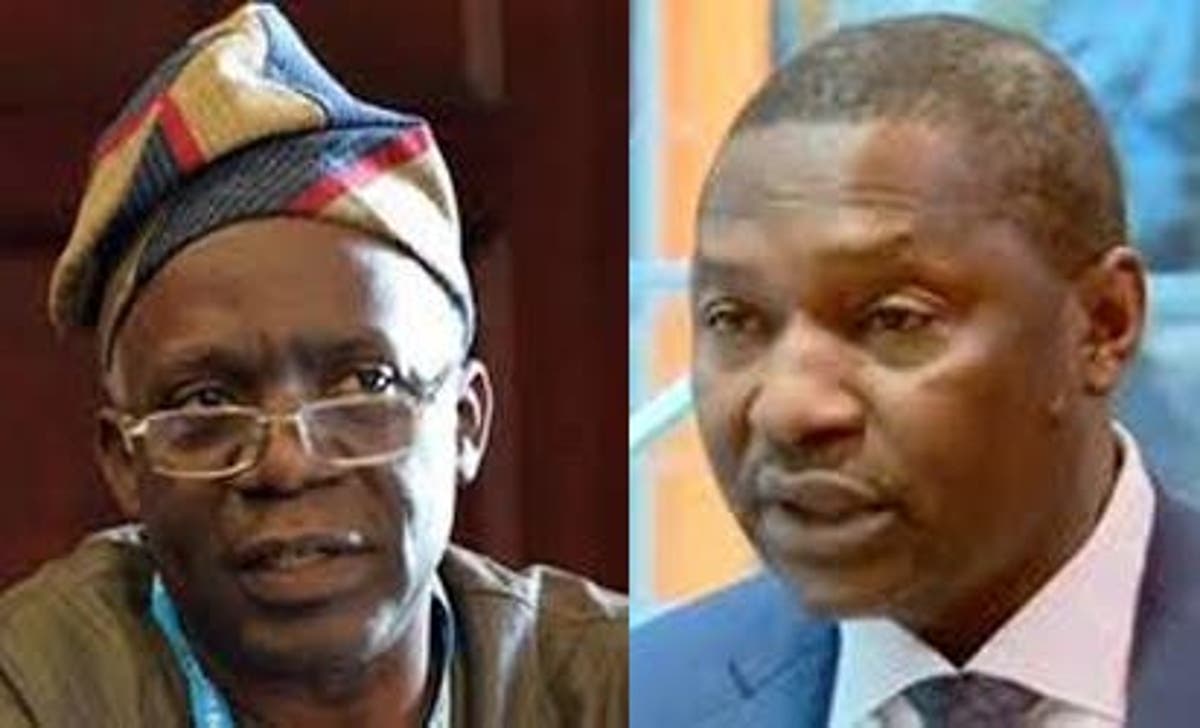 A Federal High Court in Abuja on Wednesday ordered the Central Bank of Nigeria to immediately unfreeze 20 bank accounts linked to protesters and promoters of #EndSARS.

Justice Ahmed Mohammed gave the order after the withdrawal of a suit instituted against them by the CBN through its counsel, Michael Aondoakaa (SAN).

But the Attorney-General of the Federation and Minister of Justice, Abubakar Malami (SAN), and the #Endsars promoters’ lawyer, Femi Falana (SAN) have sharply disagreed on whether the FG could be compelled to comply with the court order or not.

Malami, in an interview with Channels TV, said the Federal Government was not wrong to freeze the bank accounts of 20 #EndSARS campaigners, adding that “the decision to comply with the court order or not is not a decision that is a product of intimidation.”

Falana, however, said on Thursday morning also in an interview with the TV station that the CBN could not appeal the court judgment.

When the matter came up on Wednesday, Aondoakaa told the court that he had discussed with the counsel for the defendants and in the spirit of reconciliation, his client was withdrawing the suit.

Justice Mohammed then struck out the suit.

The CBN had in an ex parte application filed on October 20, 2020, asked the court to freeze the accounts of the respondents which was granted by Justice Mohammed.

The court directed the banks to freeze all transactions on the accounts on the list annexed to the CBN’s application as an exhibit for a period of 180 days pending the outcome of investigation and inquiry by the bank.

Malam, however, said, “The decision to comply with the court order or not is not a decision that is a product of intimidation; government cannot be intimidated, government cannot in anyway be compromised as far as the exercise of its constitutional powers is concerned but that does not mean the government is perpetually inconsiderate.

“The bottom-line is that the public interest matters most in whatever decision the government arrives at, as far as compliance or non-compliance with the orders or judgments of the court is concerned. Intimidation is out of it, threats are out of it; constitutionality is the bottom-line.”

Falana urged the CBN to focuson its business of banking and refrain from jumping into the political terrain.

He also said his clients would drag the Federal Government and the CBN to court for trampling on their rights by unlawfully freezing their accounts last October.