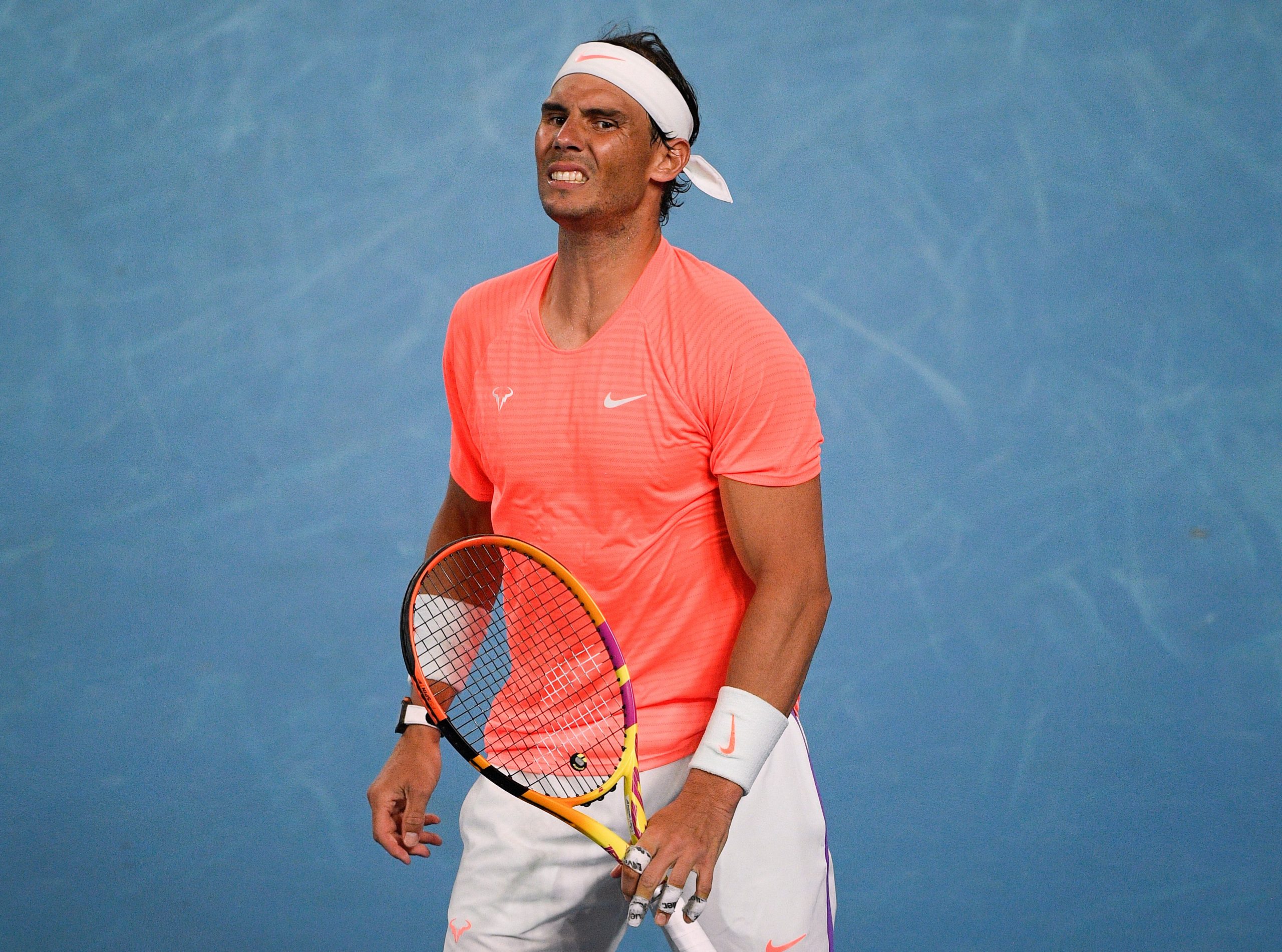 Rafael Nadal suffered a shock defeat to Stefanos Tsitsipas in the Australian Open quarter-finals after holding a two-set lead.

But he doesn’t agree with Novak Djokovic’s assessment that the 2021 season should be cancelled if players will need to continually enter quarantine before a tournament.

Nadal looked on course for a potential clash with Djokovic in the Australian Open final, having breezed through to the quarter-finals without dropping a set.

And he was in top form early on against Stefanos Tsitsipas, quickly taking a two-set lead.

But Tsitsipas quickly stepped up another gear while mistakes began to creep into Nadal’s game.

The 22-year-old capitalised and took his chances when it mattered most to pull off one of the most remarkable comebacks in modern Grand Slam history.

It brings an end to Nadal’s search for that elusive second Australian Open title for another year in what has proved to be a controversial tournament among the players.

They were forced to quarantine in the weeks building up to the Australian Open with some players being unable to leave their hotel rooms.

Djokovic, speaking after his quarter-final win over Alexander Zverev, called for an urgent review of the conditions looking ahead for the remainder of the season.

And the world No 1 even claimed that players would be against competing should the quarantine restrictions from Melbourne be copied at other tournaments over the world.

Nadal though doesn’t see the benefit of doing that, hinting that protecting players’ ranking positions could be a way forward.

When asked for his opinion on Djokovic’s view, Nadal said: “Honestly, this was the first event that we had to do this quarantine.

“We didn’t have events before that with this quarantine.

“I mean, we had maybe it was New York but was not the same at all. I mean, the situation that we are facing is tough, and the world is facing a very tough situation.

“That’s very clear. And he’s completely right that, for our sport, things are difficult because governments are changing the rules constantly.

“So it’s difficult to make predictions about how the things gonna happen.

“But there is a very clear thing, you know. There is two options. Two options is stop the tour or keep going.

“My personal feeling is it’s tough for the players, of course, have to do bubbles in every single event, flying just plus two, a lot of players have family and they cannot have the family with them, so that makes our tour probably tougher than ever, no?

“But in the other hand, if we stop the tour, why and how and when we will be able to come back, and a lot of jobs gonna suffer a lot.

“Probably we need to find a way to protect the players with the ranking, to not force them to keep playing, yes, 100%, because the situation is very tough for a lot of players depending on the countries.

“But that’s it. We need to find solutions and we need to adapt to this very tough times that we are facing.

“Not only us; world. We are here to find solutions. I mean, and we need to be grateful to life that we can keep doing what we are doing.” 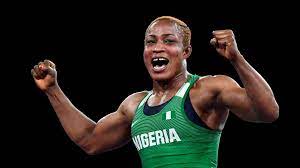 Nigeria’s Blessing Oborududu suffered a 1-4 loss to Tamyra Marianna Stock Mensah of the United States in the final of Tokyo Olympic women’s wrestling event to claim a silver medal.

Oborududu has won a Gold medal at the African Wrestling Championships every year for the last 11 years, except for 2012 when she did not enter due to competing in the 2012 Summer Olympics. 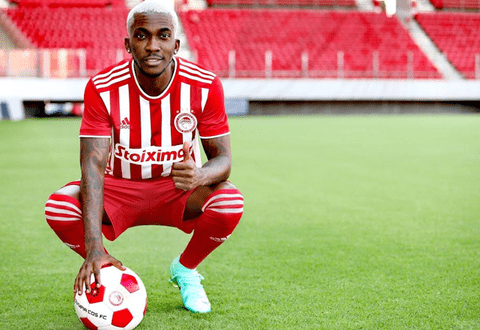 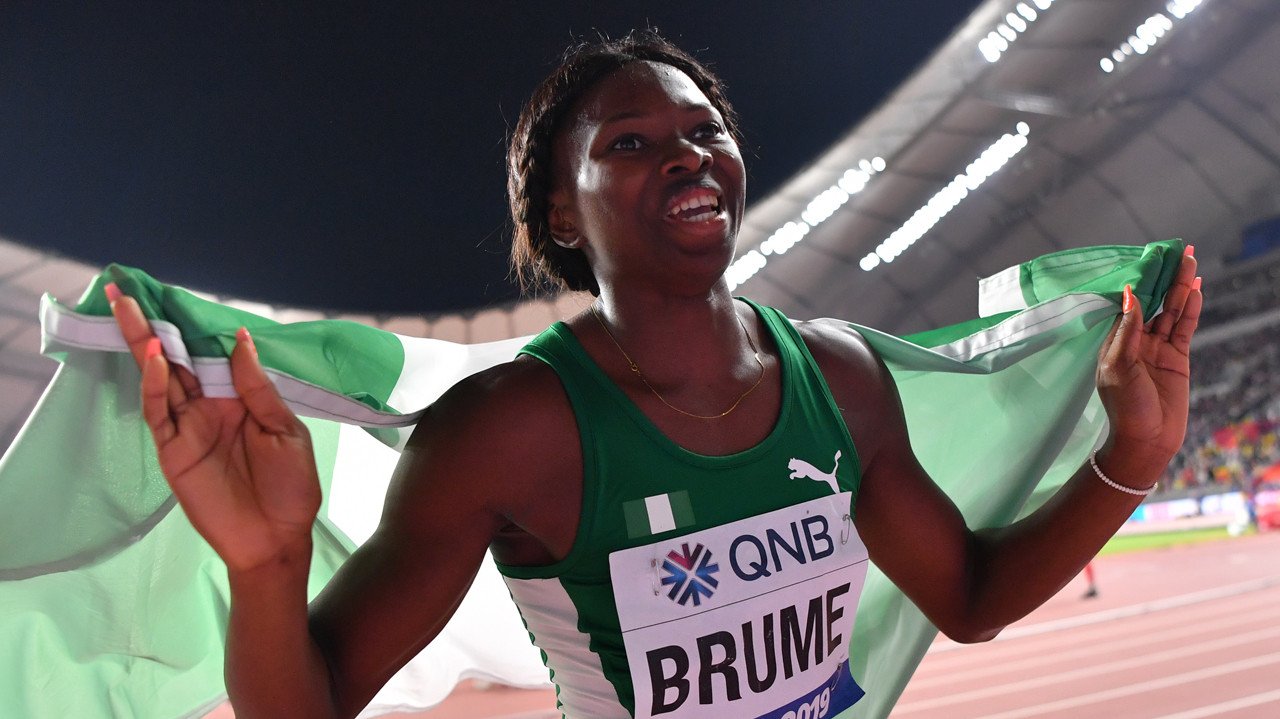 Nigeria on Tuesday morning won her first medal at the ongoing Tokyo Olympics in long jump through Ese Brume.
Brume jumped 6.97 metres to clinch the bronze medal in the event.
The world championship bronze medalist became the first athlete to claim an Olympic medal for Nigeria in 13 years.
Malaika Mihambo, the reigning world champion, claimed the gold medal with a 7.00m jump.
American athlete, Brittney Reese, who won gold in London 2012, finished second with 6.97m to take the silver medal.
Brume went right into the lead with her first jump of 6.97m but she went behind after she leaped 6.67 meters in the second jump and recorded a foul jump at the third attempt.
Early on, the medal contenders had bunched up at the top with Mihambo moving within 2cm of Brume’s 6.97m and Serbia’s Ivana Spanovic in third with 6.91m.
Reese then took the top spot on her third attempt, moving in front of Brume’s jump of 6.97m by virtue of having the second-longest effort, but the Nigerian’s second-best jump of 6.88m on her fourth attempt put her back into the overall lead.
The 6.87m jump by Reese on her fourth attempt meant she trailed Brume by a centimeter. But her fifth attempt of 6.95m got her to the top.
In the final round, it was a battle between Mihambo, Reese and Brume for the gold medal.
On Mihambo’s last jump, she scored 7.00m to move from bronze into gold position.
Brume had her foot well behind the line in her last jump (6.90m) which did not improve on her best, forcing her to settle for bronze.