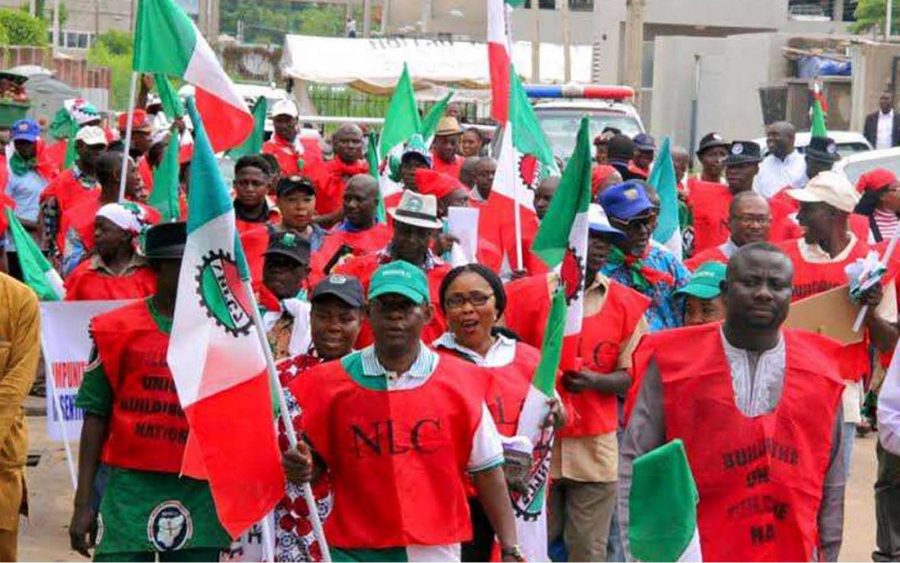 The Nigeria Labour Congress on Thursday directed workers in 18 states to proceed on strike over nonpayment of N30,000 minimum wage by their state governments.

The NLC, which said about half the 36 states of the federation were yet to conclude negotiations on payment of the minimum wage, however, did not name the affected states.

The NLC also demanded a downward review of the template used in determining the pump price of petrol to stave off an imminent hike in the cost of the commodity following the rising price of crude oil in the international market.

In a communiqué issued at the end of its National Executive Council (NEC), the union urged the federal government to reduce the cost of gas sold to electricity generating companies to $1.5 cents as a means of driving down electricity tariffs.

NLC resolved to issue a 14-day ultimatum to the management of Turkish Airline and Caverton Helicopter to reinstate all sacked trade union executives and desist from further anti-union actions.

NLC warned that it would take drastic action against state governments that have refused to pay the new national minimum wage and minimum pension, whose benefits have been eroded by the escalating inflation in the country.

A communiqué jointly signed by NLC President, Ayuba Wabba and General Secretary, Mr Emma Ugboaja, stated, “The NEC also resolved to view the refusal to pay the new national minimum wage by state governments as demanded by the law as an act of criminality, betrayal of the oath of office sworn by state chief executives and a dangerous adventure in anarchy.

“The NEC-in-Session directed all states where the national minimum wage of N30,000 is yet to be paid to immediately proceed on industrial action.”

The union rejected deregulation of the downstream sector of the oil industry as long as it is import driven, saying that it negatively impact on the welfare of the working-class family and the masses.

It called on the federal government to rehabilitate local refineries as a sustainable solution to incessant increases in the pump price of petrol.

It demanded a review of the power sector privatisation programme, since the law provides for one every two years.

In the case of the Corporate Affairs Commission (CAC), accused of trampling on workers’ rights, the NLC resolved to mobilise workers to picket the national headquarters of the CAC for three days.

The NEC also resolved to issue a 14-day ultimatum to the management of Turkish Airline and Caverton Helicopter to reinstate all sacked trade union executives and desist from further anti-union actions.

It called on banks to desist from imposing unrealistic revenue targets on their employees.

It also tasked the federal government to live up to its constitutional responsibility of protecting lives and property.