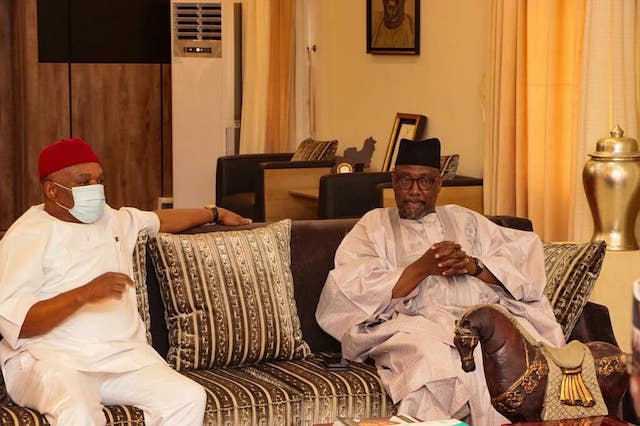 The Niger State Government has accused the Federal Government of doing nothing to rescue 27 pupils of Government Science College, Kagara and 15 others kidnapped from the school last Wednesday.

He made the statement when Chief Whip of the Senate, Senator Orji Kalu, paid him a sympathy visit in Minna.

He said the Federal Government had left the state government to bear all the financial responsibilities of the insecurity in the state.

He said apart from the FG delegation and deployment of 300 riot policemen in the state to assist with the rescue operations, there was no financial support.

He said, “At the moment, we have not seen any federal support here since this incident occurred. Yes, we had a delegation that came to commiserate with us, but we are left to ourselves.

“With or without any support, the state government has already made a commitment to the people of the state to rescue the abducted schoolchildren and, therefore, we will do everything possible to ensure their release unhurt.

“We will use whatever means and resources available to make sure the children return home safely.

“We don’t have an exact day and when these children will be released, but I am very sure very soon.”

Senator Kalu had earlier urged the Federal Government to set up a special security committee made up of all the forces to assist Niger State in searching for the victims.

Kalu later told journalists after the visit that he did not believe in giving amnesty to bandits, adding, “If I am in charge, I will not negotiate with bandits.”