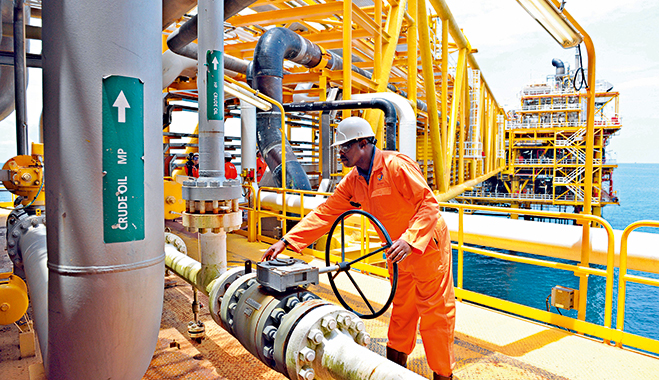 Oil price Monday morning rose to over $71 a barrel at the international market for the first time in 14 months after the reported attack on the Saudi Arabia’s facilities on Sunday.

Saudi, the world’s top oil exporter, had earlier cut about 500,000 barrels per day a few days after the Organisation of Petroleum Exporting Countries and non-OPEC members had resisted pressure to increase output.

Brent crude, the international benchmark, rose as much as 2.9 per cent to $71.38 a barrel on Monday morning in Asia while West Texas Intermediate (WTI), the US benchmark, rose by a similar margin to a high of $67.98 a barrel.

Experts say the development, for Nigeria, Africa’s largest oil producer, is a sweet bitter pill. Good that more foreign exchange would be earned by the Federal Government to finance the budget.

Bad because it’s going to push up the pump price of premium motor spirit (PMS) in the domestic market.

Minister of State, Petroleum Resources, Chief Timipre Sylva, had urged Nigerians to brace for a jump in the pump price of petrol when oil price had risen to $60 per barrel.

The Federal Government and the labour group are currently in talks to avert a backlash which a hike in petrol price would inevitably result to.

According a Financial Times report, a drone attack from the sea on a petroleum storage tank at Ras Tanura, one of the largest oil shipping ports in the world, took place on Sunday morning, the kingdom said.

In the evening, shrapnel from a ballistic missile fell in Dhahran, where state oil company Saudi Aramco has its headquarters and near where thousands of employees and their families live.

While Saudi Arabia’s ministry of energy said the attacks “did not result in any injury or loss of life or property”, and a person familiar with the matter said no production had been affected, the attacks have still unsettled oil markets that have rebounded strongly in recent months.

Yemen’s Iran-allied Houthi fighters claimed responsibility for the attacks and said they had also focused on military targets in the Saudi cities of Dammam, Asir and Jazan.

A Houthi military spokesperson said the group had fired 14 bomb-laden drones and eight ballistic missiles in a “wide operation in the heart of Saudi Arabia”.