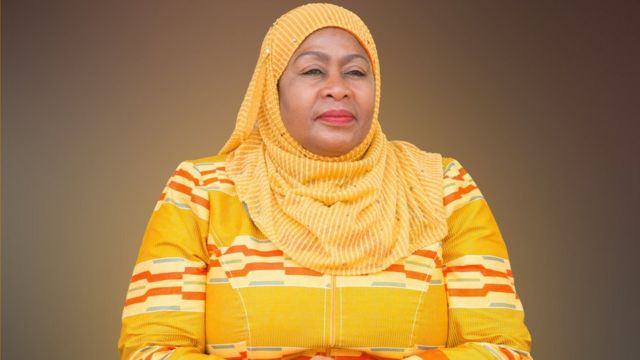 Vice-President Samia Suluhu Hassan is set to be sworn as Tanzania’s new president following the death of President John Magufuli at the age of 61.

Ms Hassan will serve the remainder of Magufuli’s five-year team which he began last year, in accordance with the country’s constitution.

Ms Hassan announced the demise of Magufuli on Wednesday in an address on state television, saying he died from heart complications at a hospital in Dar es Salaam.

Magufuli had not been seen in public for more than two weeks, and rumours had been circulating about his health.

Opposition politicians said last week that he had contracted COVID-19, but this has not been confirmed.

Magufuli was one of Africa’s most prominent coronavirus sceptics, and called for prayers and herbal-infused steam therapy to counter the virus.

“It is with deep regret that I inform you that today… we lost our brave leader, the president of the Republic of Tanzania, John Pombe Magufuli,” Vice-President Hassan said in the announcement.

She said there would be 14 days of national mourning and flags would fly at half mast.

Ms Hassan has been the face of Tanzania in most of the international meetings.

She has been representing Tanzania at all UN, AU, SADC and EAC meetings that held outside Tanzania since she became the VP.

Born on January 27, 1960 in the Sultanate of Zanzibar, Ms Hassan studied statistics at the Zanzibar Institute of Financial Administration before getting employed by the Ministry of Planning and Development as a clerk.

In 1986, she joined Mzumbe University for Advanced Studies in Public Administration and later went to the Institute of Management for Leaders, Hyderabad in India for a course in management.

She also attended the University of Manchester for her postgraduate diploma in Economics and in 2005, she did her master’s degree in community economic development through a joint programme between Open University of Tanzania and Southern New Hampshire University, USA.

She was first elected as a member of the Zanzibar House of Representative for special seat in 2000, and was appointed Minister by then President Amani Abeid Karume of Zanzibar and was the only high-ranking woman minister in that cabinet.

She was elected to the National Assembly in a landslide win in 2010 as the MP representing Makunduchi constituency, marking her entry into national electoral politics.

In 2014, President Dr. Jakaya Kikwete of the United Republic of Tanzania appointed her Minister of State for Union Matters for the Office of the Vice President.

In July 2015, the ruling party CCM’s presidential nominee Hon John Magufuli chose her as his running mate for the country’s 2015 General Elections.

The Magufuli-Suluhu ticket won the 2015 General Elections making her the first female vice-president in the region since Uganda’s Specioza Naigaga Wandira who was in office from 1994 to 2003.

-Additional reports by BBC and standardmedia