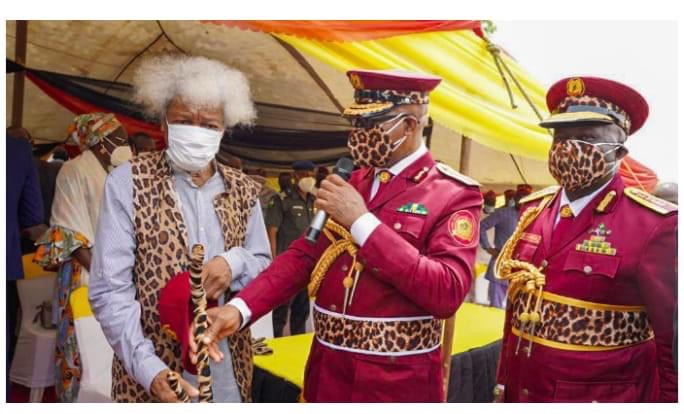 Abiodun also inaugurated new patrol vans and motorcycles for the smooth operation of the Amotekun Corp.

The governor decorated Soyinka as the Amotekun Super Marshal.

The rise in insecurity in the South-West had made the six governors to set up the Western Nigerian Security Network to handle the problem in the region.

The security outfit has also received the backing of the six state assemblies in the region.

Ondo, Oyo, and Ekiti states have inaugurated their state versions.

Ogun has also experienced a number of killings and kidnappings said reportedly linked to some herdsmen, with many residents of Yewaland seeking refuge in Benin Republic.