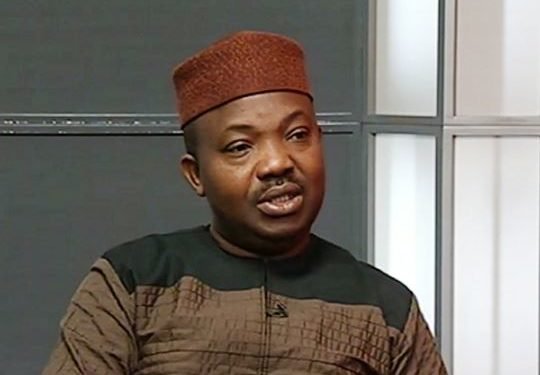 Pan-Yoruba group, Afenifere, says it is devastated by the death of its Publicity Secretary, Mr Yinka Odumakin.

Former President Olusegun Obasanjo, ex-Ekiti State Governor Ayodele Fayose and Arewa Youths have commiserated with the family, friends of Odumakin and the people of the South-West over the death.

Afenifere’s Secretary-General, Basorun Sehinde Arogbofa, said “It’s a terrible blow; a terrible blow to me as a person because we’ve been so intimate.”

Obasanjo also paid a condolence visit to leader of Afenifere, Pa Ayo Adebanjo, in his Lagos residence over the death of Odumakin. Adebanjo had in a tweet described the death of the Afenifere spokesman as “too heavy to bear”.

Fayose, who expressed deep sadness over the death, said he was dismayed at the loss.

“Odumakin will be remembered for his undiluted love for the Yoruba race and Nigerians in general,” he said.

National President of the Arewa Youth Consultative Forum, Yerima Shetimma, said Nigeria had lost one of its finest.

He said, “It’s a great loss. Yinka was one of our finest, especially in the Arewa community. We have lost one of our best, a shinning, leading light in our struggle. It is a loss to the family and to the country. We lost Yinka at a time we needed him the most. I am still in shock.

”We pray God grant him rest and help his family bear the loss.”

Until his death, Yinka Odumakin was a member of NADECO and fierce critic of the Federal Government led by President Muhammadu Buhari and the All Progressive Congress.

Related Topics:AfenifereObjYinka Odumakin
Up Next

Anger as Immigration warns Nigerians about danger of travelling abroad