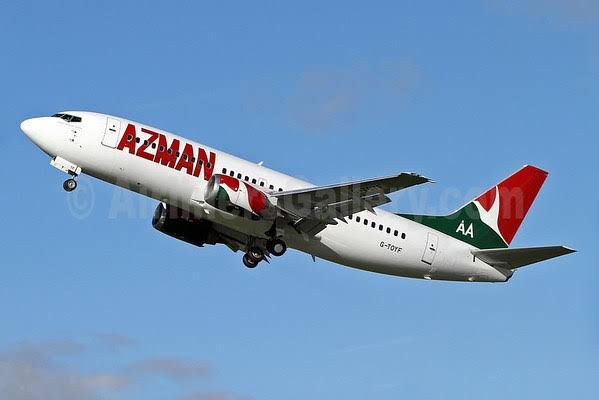 Azman Air has sacked its acting Head of Maintenance, Zakaria Al-Najjar, and appointed Peter Vungmo to replace him.

The airline has also apologised to the Minister of Aviation, Hadi Sirika, and the Director-General of the Nigeria Civil Aviation Authority, Captain Musa Nuhu, over reported false allegations made by Al-Najjar against the DG.

The airline announced this in a statement, adding that Al-Najjar was relieved of his position due to a “recent development in the airline”.

The statement was signed by the airline’s Admin and Human Resources Manager, Magaji Misau,

The airline is facing suspension  by the NCAA over safety concerns.

“Further to the recent development in the airline, management directed to notify you of its decision to relieve you from your appointment as acting head of maintenance, with effect from today, April 4, 2021,” the statement read.

Azman Air noted that it had commenced the enactment of corrective action plan (CAP) on the management area of its audits.

The report noted that the airline was indebted to the NCAA to the tune of N1.54 billion over non-remittance of five per cent of the ticket sales charge and cargo sales charge.

“Azman Air Ltd was found to violate Section 12 (1) of the Civil Aviation Act, 2006 as regards to non-remittance of five per cent TSC/CSC,” the report read.

“Azman Air Ltd was found to be in violation of Nig.CARs 18.12.6 as regards signing an agreement with the authority for direct debit. This is evidenced by the delay in signing of the Direct Debit Tripartite Agreement with NCAA.”

The regulator accused the airline of failing to submit its financial health report for several months despite reminders.

It said the last submission was in July 2020, adding that during the audit, Azman Air submitted reports for December 2020 and January 2021.

In another statement by the airline’s Accountable Manager, Muhammad Hadi Abdulmunaf, which was released Tuesday night, Azman apologised to the NCAA boss and the minister for embarrassing them with its recent publication.

The airline said it had established that the letter containing the false allegations actually came from an official of the airline, to management’s disappointment.

The statement read in part, “On March 21, 2021, we issued a press statement expressing our surprise and shock at a publication credited to us in which the integrity and reputation of the Director General of the NCAA, Capt. Musa Nuhu, came under attack as a result of the decision taken by the regulator to suspend our operations based on safety considerations.

”In the said press release, we denied management’s knowledge and approval for such careless and unfortunate allegations made against the person of the DG but promised to conduct internal investigations as to the source/s of the allegations.

”We have now conducted in-house investigations which led to accusations and counter accusations amongst our staff as to who did it.

”We have established that, at least, it came from one of them; hence our disappointment with ourselves.”

House of Reps loses another member, Suleiman Aliyu, from Kaduna